Emergency school board meeting to focus on leadership, has ‘potential to be very serious’

The chair of the Hillsborough County school board called a special meeting Friday as the district’s superintendent is facing criticism for layoffs. 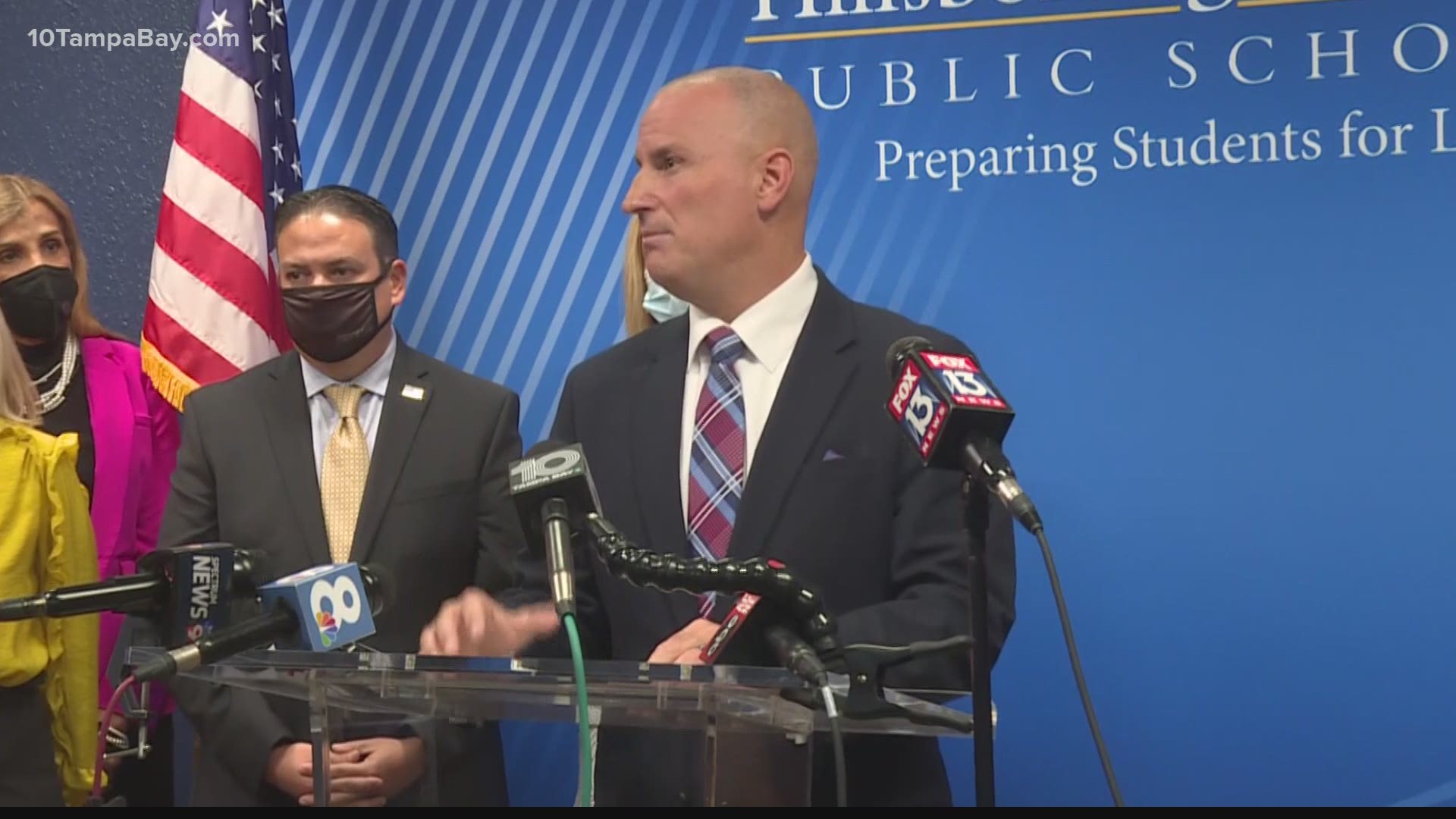 TAMPA, Fla. — The chair of the Hillsborough County school board is calling a special emergency meeting on Friday as the district’s superintendent faces heat for how he’s handling job cuts to balance the budget.

Chairwoman Lynn Gray says she made the call after being presented with “a lot of new information” pertaining to district leadership. But she wouldn’t elaborate until the entire board is able to review the findings together in public.

RELATED: 'One of the darkest times': Hillsborough Schools notifies hundreds of layoffs

“We have to give the board members a chance to share what their feelings are as a consequence of what they’re going to be seeing,” Gray said.

“It has the potential to be very serious,” she said.

Anger has been building against Superintendent Addison Davis after the district announced roughly 1,000 positions will have to be cut at the end of this school year.

Some parents have gone so far as to call for Davis’ firing while some board members have openly discussed it on social media. A Change.org petition calling for his resignation has been signed by more than 4,000 people.

With so much noise, Gray wants to bring the situation into focus.

The Friday meeting is intended to be informational, so there will be no vote, Gray says. But what happens Friday will dictate what happens during next week’s regularly scheduled board meeting.

Gray describes the information being presented to board members as “pages and pages” of “data… that has been verified.”

“It represents a lot of our families and working staff,” she said. “It’s additional information that [the board] need[s] to see and they need to remark on in public, in a transparent way, in a way that’s them talking versus the social media talking.”

Davis has argued he’s trying to fix a financial mess he inherited. Previously he’s said the district made long-term decisions like hiring staff and increasing salaries based on short-term grants, and even as the district continued to lose students, necessary corrections in staffing were not made.

RELATED: Hillsborough superintendent sets the record on cuts, budget shortfalls, and what's next

In response to the campaign to oust him, Davis said Monday he "was hired to transform Hillsborough County."

Friday’s special meeting at 10:30 a.m. in the school board auditorium, 901 E. Kennedy Blvd., Tampa, will be open to the public, but there will be no public comment period.

If the board decides it wants to take action, notice of action will have to be given for a future meeting, at which point the public would be able to comment.

Asked if the superintendent was familiar with what will be presented, the district did not respond to a request for comment.

Board member Jessica Vaughn said she did not know what would be discussed during Friday’s meeting but said whatever happens the district needs stability.

“So everyone can just process this incredibly traumatic and challenging year and we can revamp ourselves to make some good decisions,” Vaughn said. “So we’re not constantly reactive and people are wondering what’s coming next.”