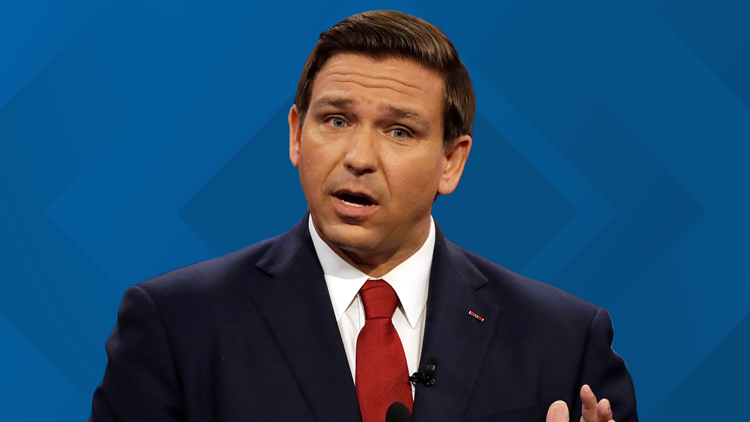 TALLAHASSEE, Fla. — Gov. Ron DeSantis said this week his plan to raise the minimum salary for teachers to $47,500 would make Florida number two in the country for highest base pay in classrooms, but the facts are more complicated.

New Jersey, the District of Columbia and civilian teachers in schools run by the U.S. Defense Department would continue to earn more than Florida teachers, even under the governor’s roughly $600 million proposal.

Teachers in the nation’s capital earn at least $55,209, according to the latest figures available from the National Education Association, the largest teachers’ union. In New Jersey, starting teachers make $51,443, and teachers in the Federal Education Association – who teach at schools operated by the Defense Department – earn at least $50,468, according to the union.

A spokeswoman in the governor’s office, Audrey Walden, told Fresh Take Florida that Governor DeSantis was comparing starting teacher salaries only across U.S. states, which would not include the District of Columbia or Pentagon-run schools. About one-third of Defense Department schools are on military bases within the United States, such as Fort Stewart in Georgia and Fort Rucker in Alabama.

“Washington, D.C., and the Department of Defense are not states,” Walden said.

But the governor told reporters and editors this week in Tallahassee that his proposal would raise Florida’s ranking “in the country” and later “in the nation,” not just among the 50 states. He described his plan Tuesday during legislative day, an annual event organized by The Associated Press when political leaders announce their most important priorities for the upcoming legislative session.

"One of the initiatives we’re going to be doing is an initiative to take the minimum salary in the state of Florida for teachers from about 26th in the state is, err, in the country is where we rank, all the way to No. 2 based on the most recent figures," DeSantis said.

Later, answering a reporter’s question, DeSantis said: “If we’re able to go from 26th in the nation to two, in terms of the minimum salary, what that does, I mean, we have University of Florida, Florida State, they’re moving up in the rankings, they have good graduates. That’s much more attractive at 47-5.”

Florida’s current minimum teacher salary is $37,636, according to the teachers’ union, so the governor’s plan would represent a 26 percent increase.

DeSantis said the pay increase would make it easier to recruit new, high-quality educators who are worried about surviving economically while teaching in a classroom.

Senate President Bill Galvano (R-Bradenton), said the Legislature anticipates budget deficits in coming years and was not sure Florida would be able to afford the increases. Likewise, House Speaker Jose Oliva (R-Miami Lakes), has raised questions about whether the state budget could absorb the new costs.

RELATED: Florida principal fired after saying he couldn't confirm the Holocaust was a 'factual' event