There are more than a dozen Florida public schools named after people who fought for the Confederacy, including two schools in Tampa Bay:

As part of the ongoing conversations this summer about systemic racism in America, there’s been a lot of talk about whether Confederate statues should come down.

The big question: Should we continue glorifying people who lost a war over keeping Black Americans enslaved?

The primary argument to keep those landmarks is that it’s important to preserve history.

But it’s not just statues that honor Confederate figures. Schools do too.

10 Investigates found more than a dozen Florida public schools named after people who fought for the Confederacy, including two schools in Tampa Bay:

Three schools with “Lee” in their names are in Lee County, which was named after Robert E. Lee by another Confederate general.

At one of the governor’s recent news events in Tampa, 10 Investigates reporter Jenna Bourne asked Florida Education Commissioner Richard Corcoran if he’d talk on camera about whether it’s time for schools named after Confederate figures to be renamed.

He left out a side door after the news conference instead.

Then Corcoran drove away without answering Bourne’s questions about schools named after Confederate figures.

State Senator Manny Diaz, Chair of the state Senate Committee on Education, agreed to talk to Bourne the next day.

“I see that as a historical thing, and I think it affects – depending on your background and your perspective – it affects you differently. But those are, really, local decisions. And it’s really a decision for those superintendents and those boards, to make those decisions based on their community,” said Diaz, a Miami-Dade County Republican.

Which is exactly what’s happening right now in Jacksonville.

“A petition popped up in our community to rename Robert E. Lee High School. And I actually rallied a bunch of students from Hear the Youth, which is the organization myself and my peers run. And so, we all had a bunch of students sign that petition and we worked with other local organizations to get people involved,” said Brandon Griggs, a student at Robert E. Lee High School. “The fact that I went to a school that had been named after someone who oppressed people like me for years, was just really enlightening and it changed my view of a lot of things.”

In June, the school board unanimously voted to explore changing the names of six Duval County schools named after Confederate figures:

When classes start, each of those schools will involve students, alumni, staff, faculty and the community in the process.

They’ll talk about whether to change the name and, if so, what the new name should be.

The school board will make the final decision.

“It made us feel like African American youth voices do matter and they can make a change. And it’s just another form of activism, just like the people we learned about in African American history class,” said Griggs.

The African American History Task Force has identified Hillsborough County Public Schools as an exemplary school district, and last month the district brought onboard a new Chief of Equity and Diversity.

But it still has two schools named after figures from the Confederacy.

Lanier Elementary was built in 1959. The History of Hillsborough County Public Schools says, “The school was named after Sidney Lanier, a poet born in Georgia in 1842.”

What is doesn’t mention is that Lanier also fought in the Confederate army and was captured as a prisoner of war. 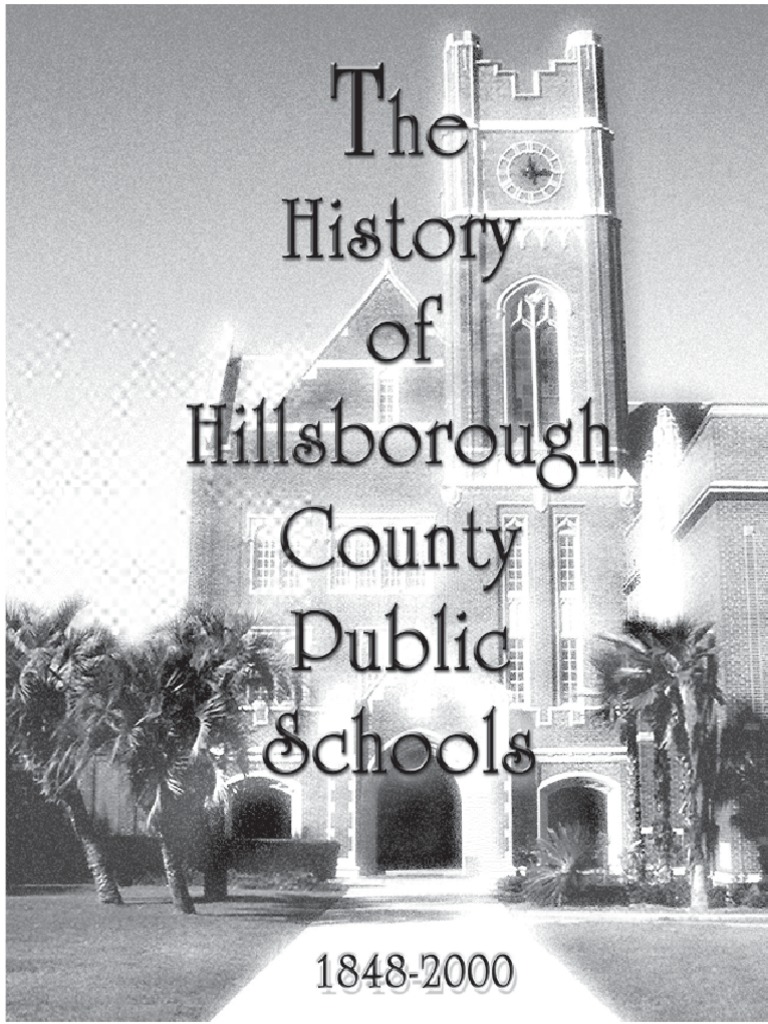 The History of Hillsborough County Public Schools | Tampa | Schools
Our mission has been and continues to be to provide all students with theopportunity to acquire the knowledge and skills necessary to realize theirpotential.

When it comes to changing the names of schools named after Confederate generals, Hillsborough County Public Schools has done it before.

In 2018, the school board renamed Lee Elementary, which was named after Confederate General Robert E. Lee, after the school was destroyed in an electrical fire.

The school, which is still being rebuilt, was renamed Tampa Heights Elementary.

For Jackson and Lanier Elementary Schools, there’s no indication that a name change is in the works.

For the past month, 10 Investigates has been asking Hillsborough County Public Schools to talk to us about this story.

The school district’s Media Outreach Department Manager Erin Maloney ultimately told us on the phone, “Right now is not the time.”

The district said it is scrambling to reopen schools during the pandemic and doesn't currently have time for an interview. Maloney said she’s not aware of anyone local calling to rename the schools. But, the district said it does believe the topic needs to be discussed and said it would sit down with 10 Tampa Bay after the school year begins.

“Even if they keep the name, they need to learn the history that goes along with it. And sometimes when you learn the real, true history of something, you don’t have to ask people whether they want to change. They’ll demand change,” said Florida Commissioner of Education’s African American History Task Force Principal Investigator Dr. Bernadette Kelley.

There are some schools in our community named after Black historical figures, like Gibbs High School in St. Petersburg.

It’s named after Jonathan Gibbs, who served as Florida’s secretary of state and the state superintendent of public instruction.