Florida DOE threatens school board salaries, but is that legal? 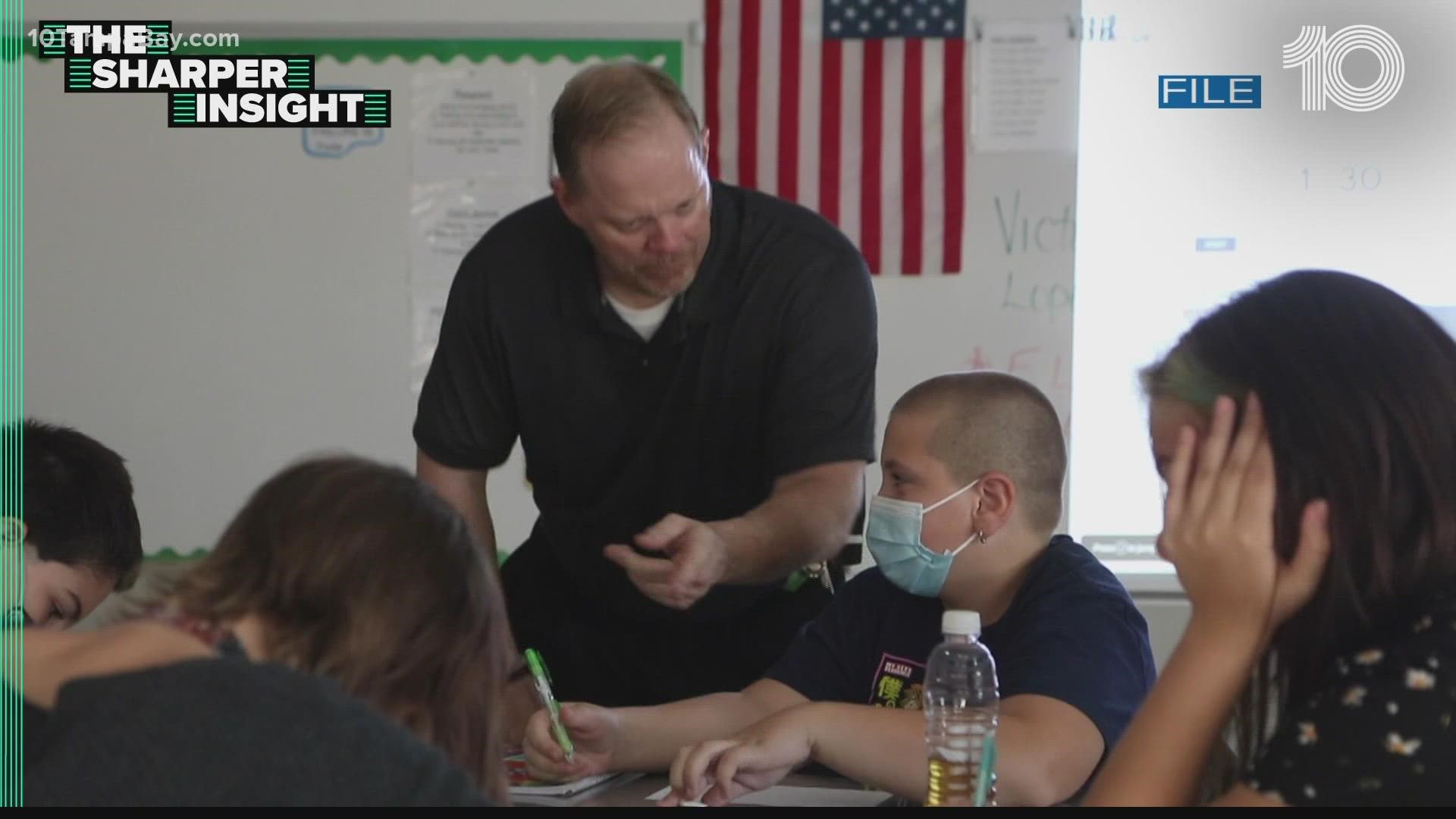 TAMPA, Fla — Mask mandates in schools have not only become a big debate among parents, but the discussion is now making its way through the legal system.

A judge ruled against Gov. DeSantis' ban on masks last week. That lawsuit is now making its way through the judicial system. This would allow Florida school districts to decide whether or not they want to impose mask mandates.

In Sarasota and Hillsborough counties, the districts currently mandate masks with a medical opt-out. According to state officials, that goes against the governor's executive order.

Now, the commissioner of education, Richard Corcoran, said he is threatening to withhold the salaries of all school board members in Sarasota and Hillsborough counties.

In a letter to the superintendents in Hillsborough and Sarasota, Corcoran stated they must respond to him regarding how they are complying with the order by Sept. 1, 2021.

With Judge Cooper's ruling that districts can make the decision, some question if withholding funding is legal.

A professor from the University of South Florida, Jay Wolfson, weighed in.

"All of this is clearly going to be subject to litigation. The first round of that was completed last Friday, when the circuit court judge, which is the first level of the trial court judges in the state, determined that the governor had exceeded his constitutional authority by imposing a non-mask mandate on school districts and members," Wolfson explained.

When talking about the enforcement of the governor's order, Wolfson said that would mean a separate lawsuit.

"That was not one of the issues that was determined at the circuit court level," Wolfson said. "That will have to be an additional lawsuit by those individuals if they are affected. He has threatened it, but hasn’t done it yet."

Wolfson points out in Corcoran's letter to superintendents, he doesn't say he is taking funding but threatens it.

"Mr. Corcoran’s notices are a very aggressive step. He’s saying, well I’m enforcing the governor's executive order and state law. The question is, is that constitutional? We’re only going to know that when a judge at another level decides that," Wolfson stated.

When talking about withholding salaries, Wolfson said that would be up to a judge to decide if that is legal or not.

“If Mr. Corcoran does claw back money, I expect officials will immediately go to the courts and ask for a stay on that, an injunction prohibiting him from doing that. We don’t know how the judge is going to react. We’ll see as it goes," Wolfson explained.

Wolfson said if there was another lawsuit filed, he expects it to make its way through the court system in a matter of weeks.

"Because of the players involved: You’ve got the governor, you’ve got the department of education, you’ve got elected school officials and you’ve got COVID. It is a high-priority public policy issue that will push other things aside for the time being and it will be fast-tracked through the legal system," Wolfson added.

As for the letters to Hillsborough and Sarasota superintendents, school officials declined to interview but told 10 Tampa Bay they are working on their responses to the state.