The governor says the 2021-22 school year will be the last year the Florida Standards Assessments tests are in place. 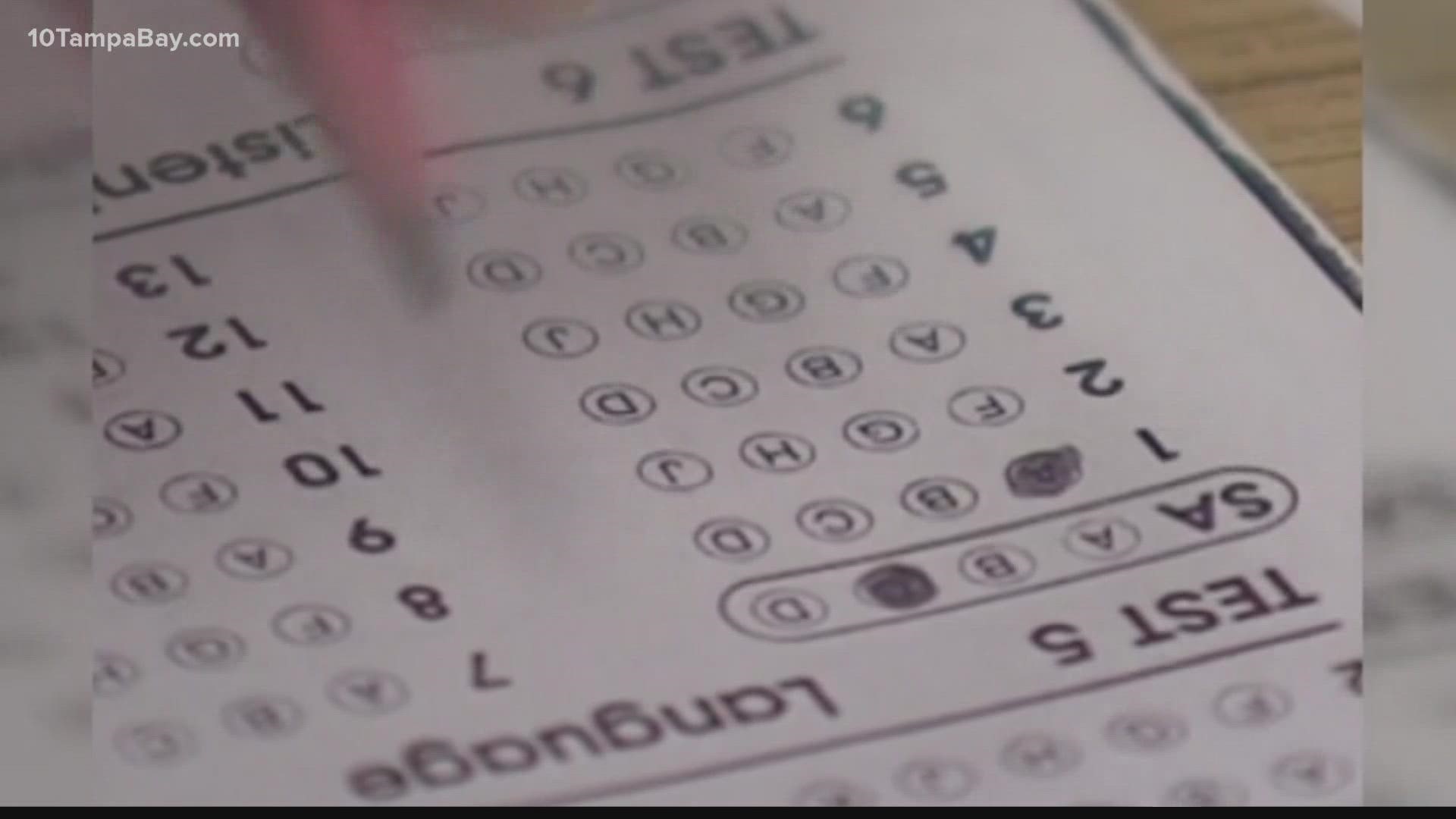 DeSantis says the Florida Standards Assessments, or FSA, will stop being given in Florida schools after the 2021-22 school year. He says the system will be replaced with "progress monitoring."

The details of the change weren't laid out, but DeSantis says the issue will be a "priority" in the upcoming legislative session.

The 2022-23 school year will be used as a "benchmark" to determine how children are assessed. After that, a new way of assessment will be put in place.

The new system may be similar to the optional "progress monitoring" tool provided to Florida schools during the 2020-21 school year.

"I call this V-Day," Education Commissioner Richard Corcoran said. Corcoran called the FSA "antiquated" and said that was made clear to the Florida Department of Education during the 2020-21 school year.

Last year, students weren't required to take state exams due to the coronavirus pandemic, when schools were virtual or hybrid learning. Corcoran said not having the last part of the school year taken up by the FSA actually helped students, as last year's progress monitoring showed.

In comparison, FSA results showed students who did take the test in 2021 scored worse in language arts and mathematics than those in 2019.

The Florida Education Association, the state's largest teachers union, says getting rid of the FSA is a "big win" for students and praised Corcoran and the FLDOE for the decision.

“We appreciate that Commissioner Corcoran and the Florida Department of Education are listening on this issue and are reducing the amount of standardized testing in Florida’s schools,” FEA President Andrew Spar said in a statement. “The FEA looks forward to continuing to work on how Florida assesses K-12 students and teachers, so we can get it right in the long term. This is a great opportunity to address how we can use progress monitoring assessments to best serve students."

DeSantis said, "This is moving Florida forward in a good way."

He also mentioned his initiative on vocational training that he signed in June, reiterating the idea that a four-year college education is not the only path to success, and in fact, often lands people thousands of dollars in debt without a job in their field.

"I think we've hit a sweet spot here with this one and there will be a lot of support for this," DeSantis said.

Corcoran said the change would save the state "millions" in testing fees.

“A student’s future shouldn’t hang on one high-stakes, make-or-break test, and one test shouldn’t dominate weeks that could otherwise be used for meaningful instruction,” Spar said. “We welcome today’s announcement as a sign that Florida is moving closer to a system that focuses on students’ growth instead of on high-stakes standardized tests.”

The FEA says it hopes this change will help reduce the state's "massive" teachers and staff shortages. It says nearly 9,000 jobs were vacant at the start of the school year.