Florida may not call its standards the Common Core, but its current standards are based largely on those ones. 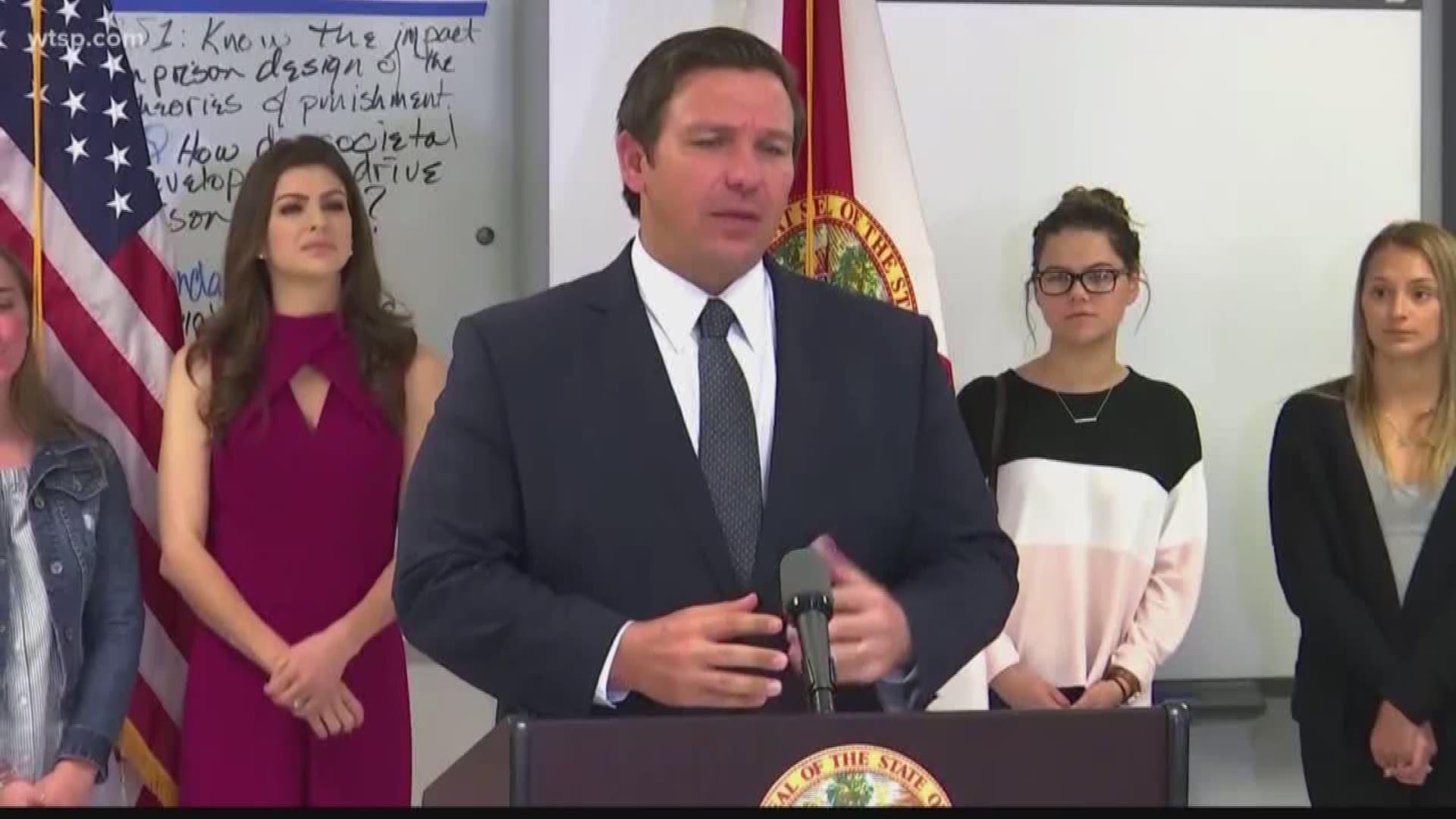 The state originally adopted the Common Core standards, but those standards were later altered and renamed.

Technically, Florida still has many of the same Common Core concepts in place today; they were just repackaged differently. Now, DeSantis wants a more permanent solution to parents' concerns.

The governor says he is instructing the state's education commissioner Richard Corcoran to come up with better standards which would replace the current ones. Corcoran is being told to listen to teachers and parents as he develops the new concepts.

"Let's just try to get this right," DeSantis said during a Thursday news conference.

What is the Common Core?

The Common Core is a set of educational standards for how subjects like English and math should be taught in schools.

It was launched in 2009, and states began implementing the standards in 2010. By December 2013, 45 states had adopted similar standards in English literacy and math. Only 41 states still use the system.

Supporters argue the Common Core creates clear college and career-ready standards for students, whereas opponents argue it encourages educators to "teach to the test," discriminates against children in lower socio-economic parts of the country and complicates learning because it doesn't feel like it was developed by teachers who understand what day-to-day life is like in the classroom.

What are parents and educators saying?

Governor Ron DeSantis says while he was on the campaign trail, he consistently heard from parents who complained about certain aspects of Common Core.

Some parents told him the system isn’t flexible enough, he said. Others felt like some teachers were more concerned about test scores than they are about kids actually learning.

Parents 10News heard from were just about unanimous when it comes to at least reviewing Florida’s education standards.

“I don’t have any problem reviewing them. I think a lot of people don’t know exactly what Common Core is,” said Lauran Willoughby, parent of an electuary school student in Hillsborough County.

Most parents we spoke with agreed there’s nothing wrong with a review. And most said they don’t like the amount of standardized testing that goes on in our state.

The most disagreement was about Common Core itself.

Some parents say there have to be standards and that Florida’s schools have been improving in areas like math.

“Well, I don’t think any parent likes the extensive testing that happens,” said Willoughby. “But I’ve seen a lot of positive with Common Core in some areas, certainly in math, language arts a little less so.”

Other parents said Florida needs to be more flexible and responsive to students’ individuality and strengths.

“I mean, I think every child is different and how they learn, you know, how they understand things,” said parent Randy Tadros. “Some things the way they’re learning them today are different from the way we learned them. You know, again, it’s worth going back and reviewing and evaluating it.”

What everyone seemed to like was Gov. DeSantis’s idea of getting more civics lessons back in the classroom -- teaching kids about the constitution and the principles that our nation was founded on.

“I’m sure any country that you go to in the world, the students learn about their history. And you don’t want them to lose sight of that, and how the government works, and we are a democracy,” said Faith Alexander, whose daughter attends elementary school in Hillsborough County. “How you can participate in a democracy if you don’t understand how the system works?”

“We believe that we are the greatest country on earth. I believe that,” said Hotchkiss. “I think I have a really a lot of good reasons of why, that backs that up. But, I don’t know that everybody in my kids’ generation really gets why that is.”

The success of the civics curriculum, said Gov. DeSantis, means staying away from -- in his words -- “today’s political partisanship."

If reviewing Common Core sounds familiar, you might recall that Gov. DeSantis’s predecessor, Rick Scott did the same thing when he took office. But after hearing from teachers and other stakeholders, ultimately Scott’s administration only recommended a handful of changes including teaching cursive writing and calculus in Florida schools.

"It is clear the Florida Standards have a broad effect on many aspects, including instruction in classrooms, testing for our students and the accountability that is connected to that, for the teacher evaluation system," Hillsborough County Public Schools Tanya Arja said. "We know this will not happen overnight. We will keep an eye on the progression and will work with the state as this will be discussed over the next year.”

Whether Education Commissioner Corcoran will come up with other recommendations is uncertain. But parents say while they like the idea of reviewing the system, they definitely want to be part of the discussion before any major changes proposed.