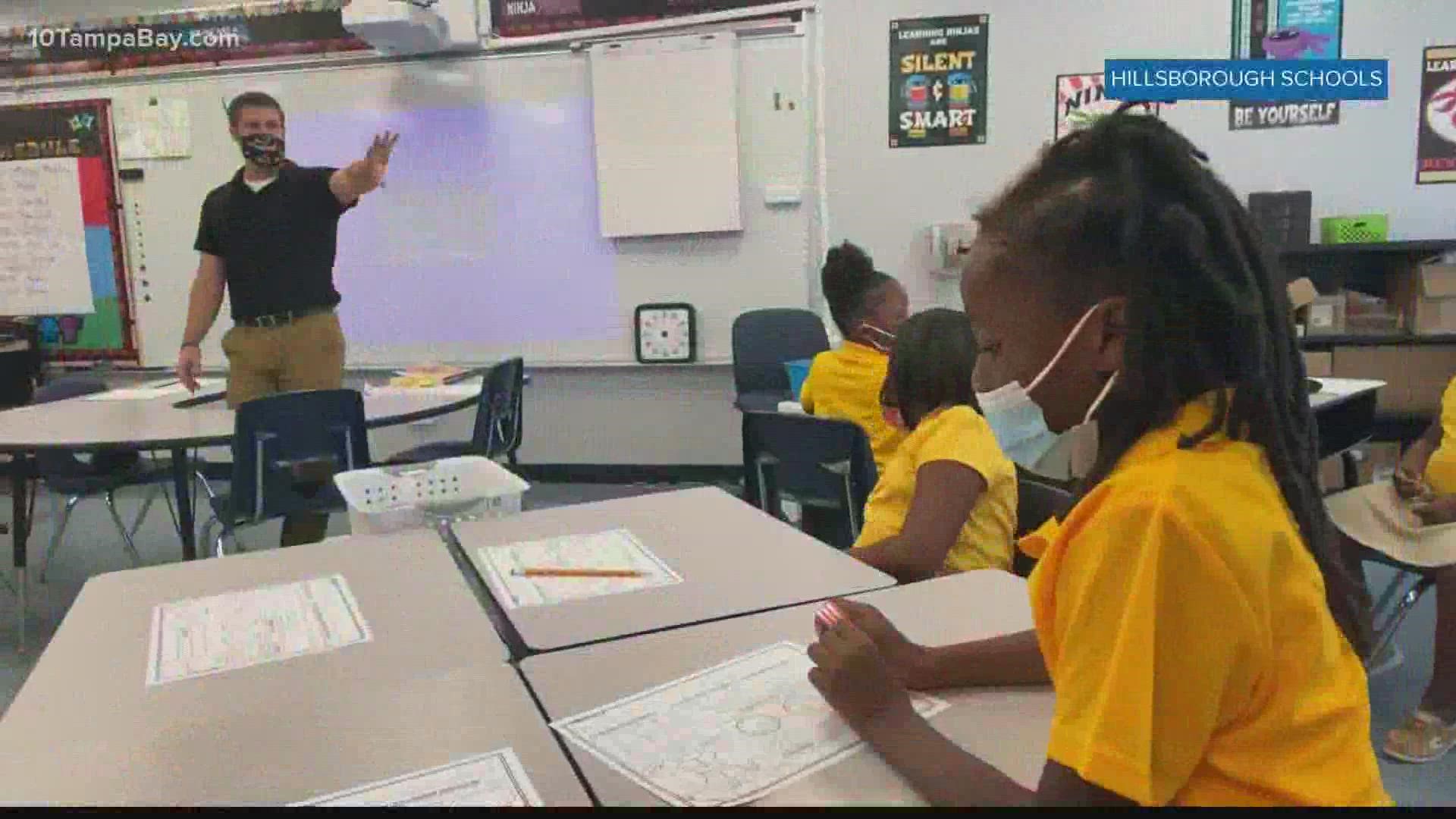 TAMPA, Fla. — It's the back and forth playing out in classrooms and school board meetings across the country.

The debate over face masks in schools has taken center stage in Florida, where two lawsuits have been filed and Governor DeSantis got into a war of words with President Joe Biden over the topic.

As of now, two school districts in the Tampa Bay area are in hot water with Tallahassee. Hillsborough and Sarasota enacted mask policies that defy the state's executive order banning mask mandates in schools.

"Our policy automatically reverts back to the optional policy with opt-out availability," said Tom Edwards, a Sarasota school board member.

When the board voted on the policy, percent positivity was around 23 percent. The figure refers to the number of tests that come back positive for COVID-19 out of all the tests administered on any given day. The county is currently hovering around nine percent.

On Tuesday, Florida Education Commissioner Richard Corcoran said the state is treating all districts defying the ban on mask mandates the same and they will pursue withholding salaries of school board members.

So far, none of the board members 10 Tampa Bay spoke with said they've lost out on a paycheck.

Bridget Ziegler, a Sarasota school board member voted against the current policy.

"It has been very disruptive to the learning environment," said Ziegler.

Ziegler thinks there should be consequences for boards who don't follow the law adding, "The most creative way that they could do so without negatively impacting students or staff who had no authority in this decision making."

All of these policies and the law itself are under the judicial microscope. A federal judge in Miami decided not to block the governor's ban.

Another lawsuit filed by many Tampa Bay parents is currently going through the state’s First District Court of Appeal.

The bottom line for students and families - until these lawsuits work their way through the system, nothing changes.

The Governor's ban is still the law of the land. A dozen districts are not complying with the ban and will face penalties according to the Florida Department of Education.

10 Tampa Bay asked when the state plans on withholding funds. A spokesperson with the Department of Education said, "We are currently planning to schedule a State Board of Education meeting this month."

Meanwhile, the federal government has gotten involved, vowing to pay back districts for any lost funds they incur as a result of mask requirements.

"I think the Biden administration is right here to make sure local school board members are not bullied, threatened with retribution by Governor DeSantis simply for working to protect our kids in school," said U.S. Rep. Kathy Castor.

Castor also said the state needs to apply for the funds from the American Rescue Plan specifically intended to go to school districts.

Castor said, "Hillsborough Public Schools is owed $574 million. That’s money we could put to good use to keep our kids safe."

A spokesperson with the Florida Department of Education has not responded to our question about distributing stimulus money to school districts.

"Florida is one of two states that has not even applied for emergency aid dollars for our public schools," said Castor.

A spokesperson with DeSantis' office said, "The only 'bullies' here are those who want to violate parents’ rights to force-mask kindergarteners. Governor DeSantis believes that parents know their kids best, and under Florida law, parents have the right to make health and education decisions for their own children." 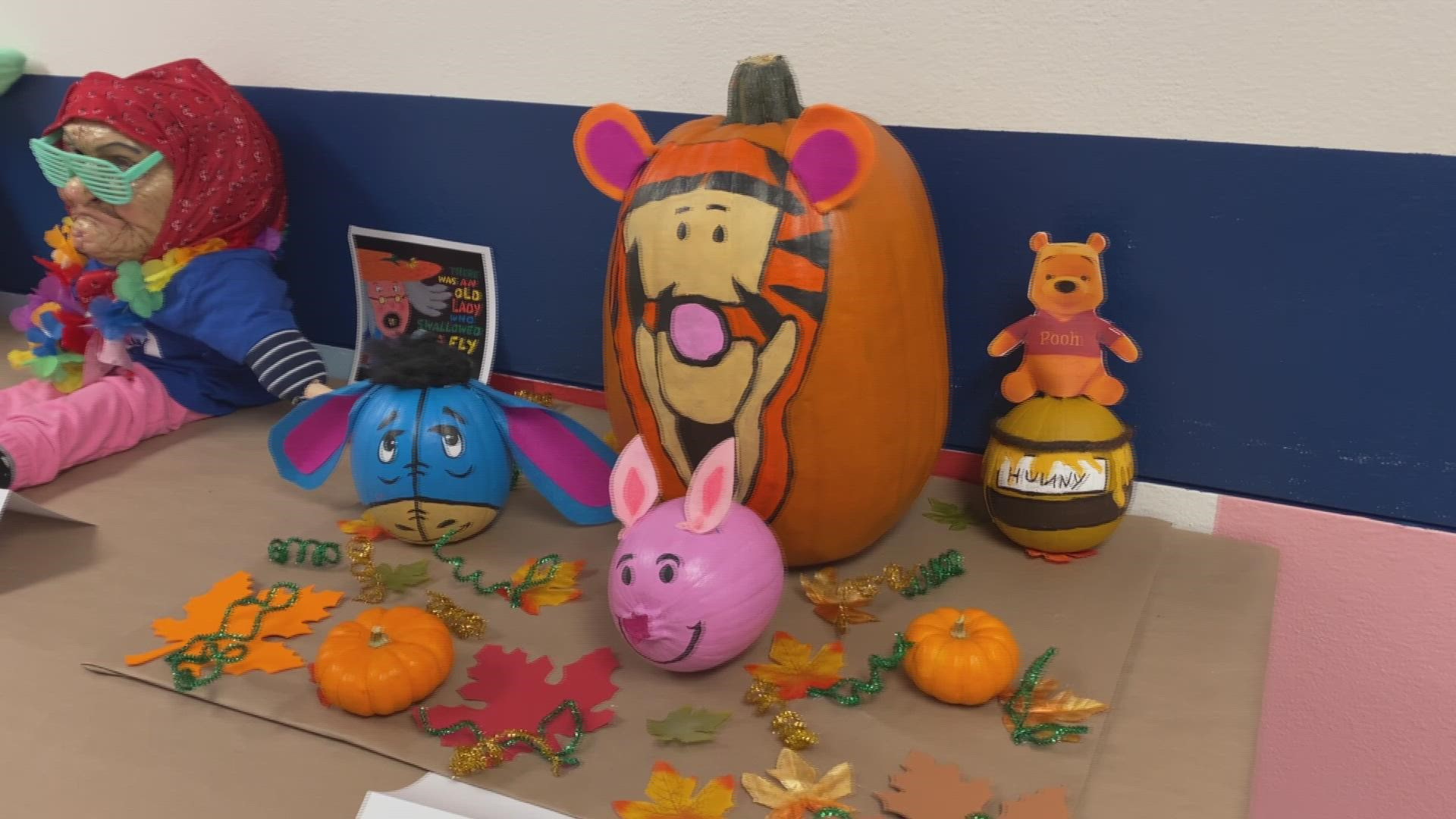