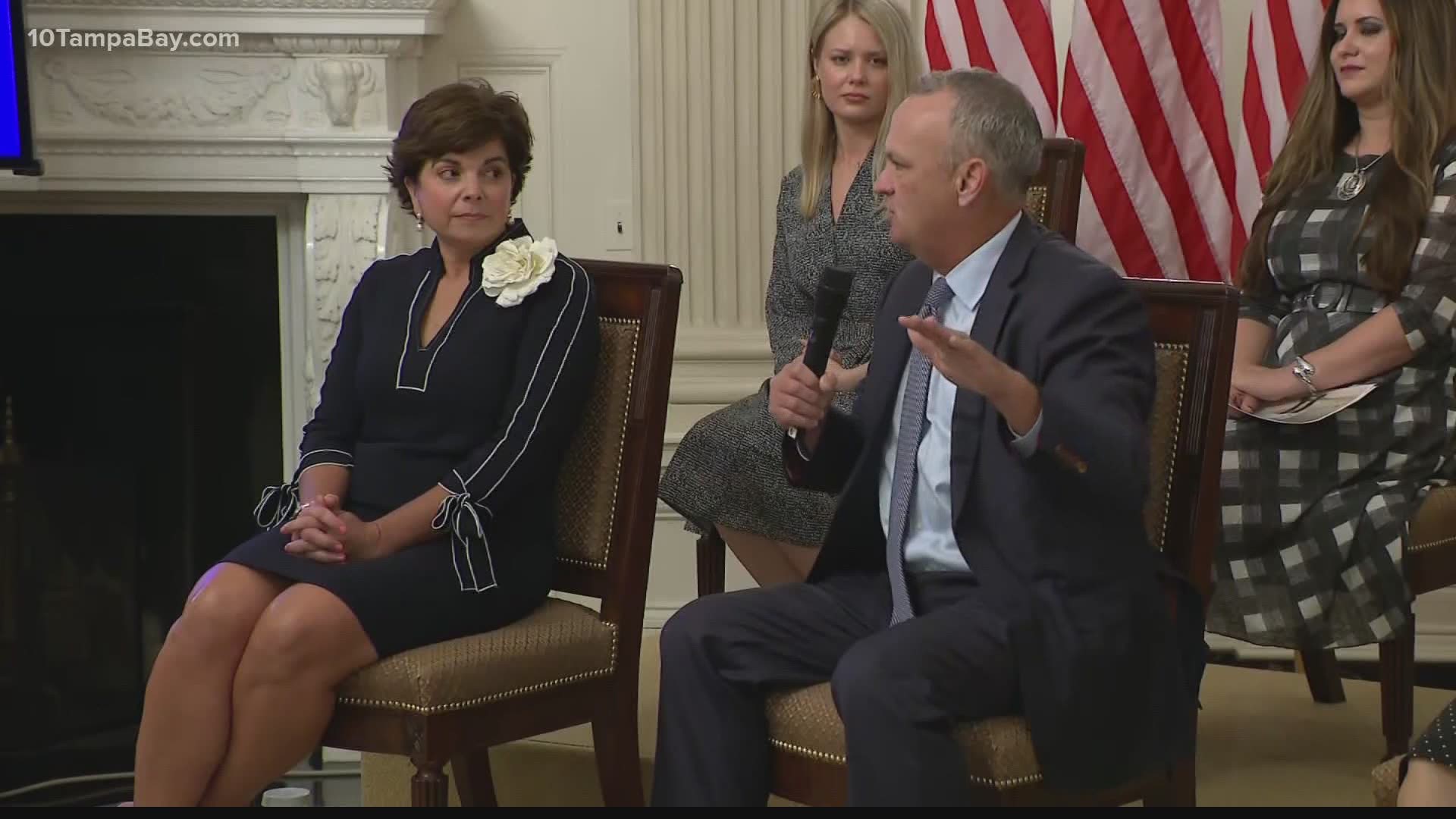 HILLSBOROUGH COUNTY, Fla. — Hillsborough County Schools could lose $23 million worth of funding from the Florida Department of Education if the district continues with its plan to reopen schools online-only for the first four weeks of classes.

A spokesperson with the department told 10 Tampa Bay the $23 million figure is the difference between funding for students in traditional schools versus students who are learning full time in a remote situation.

"Under state law, funding for students in traditional schools is higher than students learning full time in a virtual school. If Hillsborough were to discontinue their approved reopening plan to educate all students virtually for four weeks, the $23 million figure you mentioned represents the difference in funding pursuant to state law," the spokesperson said.

"Thankfully, we’re still collaborating with the Hillsborough County Public School District, and we’re not going to speculate on all the possibilities here. We’ve been grateful to have the constant partnership of Superintendent Davis and their team and look forward to a pathway for educating Hillsborough County’s at-risk students and families who wanted the choice of either in-person or innovative learning."

The board voted to change its original plan last week and move to online learning exclusively for the first four weeks of school. The new plan was sent to the Department of Education last Thursday. The next day, Superintendent Addison Davis received a letter from Education Commissioner, Richard Corcoran.

Corcoran said he has "grave concerns" over the district's vote.

In the letter, Corcoran said the school board "needs to follow the law" and gave the district three options:

In response, Hillsborough Schools pointed to a section of the state's order that appears to give school officials some leeway on whether to reopen their buildings -- and do so safely.

District spokeswoman Tanya Arja said in a statement: "The order provides school districts the options of not opening brick and mortar 'subject to advice or orders of the Florida Department of Health, (or) local departments of health.'"

She said the board made the "informed decision" to start the school year online-only after hearing from public health experts.

On Monday, when asked about giving power to local leaders to come up with the best reopening options, DeSantis and Corcoran said the state's emergency order gave school board members the flexibility to balance what's best for their respective districts during the pandemic and the need to get students back to school.

When asked about the battle with Hillsborough, Corcoran said the emergency order was created to make sure districts would get the maximum amount of funding available.

Corcoran said Hillsborough County is the only district in Florida not in Phase One of reopening that is "not doing what the emergency order gave them the flexibility to do."

School districts in Phase One of the state's reopening plan are allowed to reopen with online-only learning, and the FLDOE already approved remote reopening plans for Broward and Miami-Date counties.

The spokesperson with the FLDOE said "both Broward and Miami-Dade counties are actually opening schools for students with special needs (disabilities), while most students begin virtually. Palm Beach’s plan is not finalized yet, although we’re very appreciative of the tremendous partner that Superintendent Fennoy has been thus far as we continue to work with the district on their reopening plan."

On Tuesday, Superintendent Addison Davis traveled to Tallahassee to advocate for the district's decision.

RELATED: 'I don't think we'll be able to manage': Hillsborough schools could lose $23 million a month