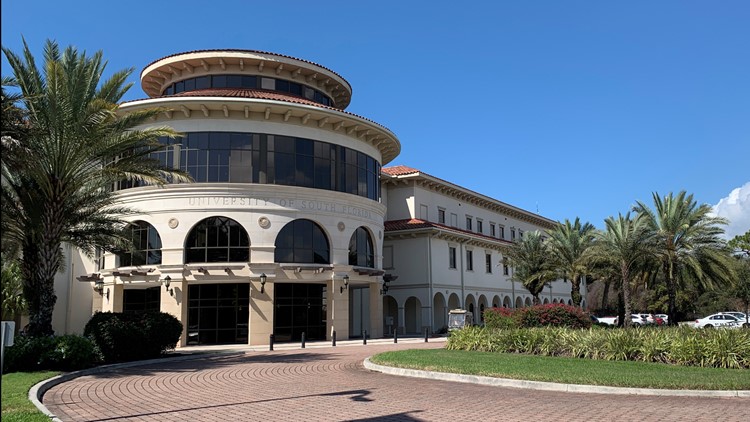 SARASOTA, Fla. — Most colleges have student housing, but USF’s Sarasota-Manatee campus never has.

Elliot Falcione, the executive director of the Bradenton Area Convention and Visitors Bureau says that hurts the school’s chances of enrolling more students.

“With our hospitality industry we’ve developed some partnerships with Pittsburgh Tech College, LaGuardia Community College and when they get their associates, whether it’s hospitality or culinary, they want to come here," Falcione said.

"But as soon as they ask us about the housing the conversation shortens really really quickly.”

That’s why the university is asking to turn their vision of on-campus student housing into a reality.

“We need a good solid four year university with housing. That’s why we are bringing the recommendations to you all,” Falcione told commissioners.

Manatee County donated 9-acres of land from the Powel-Crosley Estate to the university. The plan is to have two buildings for student housing, a hospitality school and a few acres of conservation land.

“As you know we have been striving to become a traditional campus and to attract those students who are otherwise leaving the community,” USF Trustee and Campus Board Chair Byron Shinn said. “So if they can stick around here and finish their higher ed here, they tend to stick around. So this only elevates our workforce.”

A yearly average of around 2,000 students are enrolled at USF’s Sarasota-Manatee Campus. Most are locals, but the goal of adding student housing is to attract more out-of-state and international students.

“Those new dollars coming not only into Manatee County but the region,” Falcione said. “As we all know, out of state students are double the tuition. International students can be triple the tuition.”

Some local students say they need the housing just as badly to cut down their long commutes.

“Student housing would mean not having a 40 minute commute every day, that really turns into two hours because everybody works up here, all the schools are up here,” Karissa Bolden said.

Karissa is a freshman at State College of Florida. She wanted to go to USF in Sarasota but says because of the lack of student housing and cost of living she couldn't afford it.

“Most students can’t get the good jobs that can afford apartments around here, so you either live in a not so good area and sacrifice your safety or living in an apartment you can’t afford, so that’s your options if you don’t have student housing,” Karissa said.

She says the cost of living is outrageous in the Sarasota-Manatee area.

“Proving you make three times the rent somewhere as a student, I mean I’m 19. I don’t have the experience for those kinds of jobs yet. I don’t have the degree yet. I’m trying to get there, but in the meantime I get to live with my parents,” Karissa said.

Many students say it takes away from the full college experience.

“You don’t get to live on your own or have any independence or a normal college experience because you commute all the time, so you literally spend more time in your car then you do in your classes or socializing with people,” Karissa said.

She plans on transferring to USF once she gets her associates degree. She hopes by then, the Sarasota-Manatee campus will have housing on campus.

During the commission meeting, Falcione went over the steps to the closing and execution for the donation agreement that will allow USF to spend up to $100,000 on due diligence for the parcel of land.

Some commissioners seemed to be supportive of the idea of student housing.

“I am defiantly in favor of dorms being built,” Commissioner Vanessa Baugh said. “We need them desperately.”

“I am very excited that this is in my district,” Commissioner Misty Servia said. “I just can dream of so many things that are going to happen as a result of your investment here and it really is very exciting. I know housing is the key, student housing, so I’m really glad that it’s finally coming to fruition.”

Members of the USF administration aren't saying much about their plans, when it comes to cost or the number of dorms. They tell 10 News there are still a couple more steps in the approval process before student housing becomes a reality.

The first step is finalizing the land transfer and then getting approval by the board of trustees.