'Parents have a right to know': Families want transparency about COVID-19 cases at Manatee schools

Parents in Manatee County are voicing frustrations after a situation at Palmetto High School. 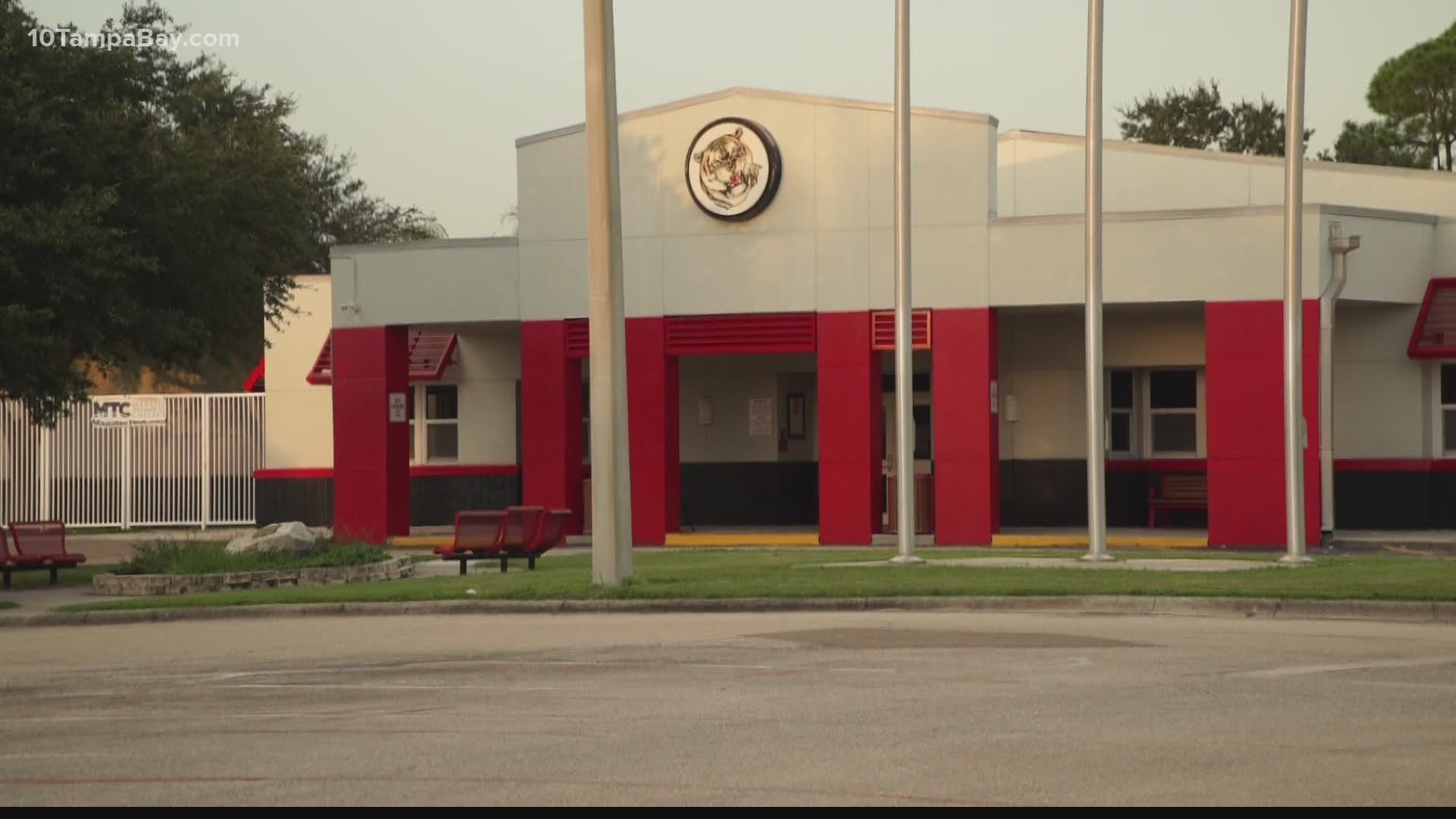 MANATEE COUNTY, Fla. — All of our local school districts are offering students the option to go to school in-person. But after a teacher tested positive for the coronavirus at Palmetto High School, more than 100 people were sent home. Most of them were students.

Alexis Tutera is a freshman at Palmetto High School. She was one of the students sent home.

She says it all started with a phone call to her mom, saying she needed to be picked up.

“My mom came and picked me up and they gave her no details,” Alexis Tutera said. “They just said that I had to be quarantined. They didn't tell me why. They wouldn't give us any information."

Alexis' father is fed up with the lack of information. He says he's tried calling the school several times, with either no answer, no call back, or no clarity.

“They are just telling you listen, your daughter can't come back until Sept. 10 and that's it,” Gino Tutera said.

Gino has three kids at Palmetto High, so he's invested.

"At the end of the day it makes me angry because there's no clarity, there's no transparency,” Gino said.

A few Manatee County School Board Members say they agree with Gino.

“Parents have a right to know,” Dr. Scott Hopes said. “This is basic public health information."

Dr. Hopes says this incident could have been avoided if teachers at Palmetto were following protocol to have assigned seating in their classes.

"I don't have a seating chart in any of my seven periods, actually. None of them," Alexis said.

And with 30 students in one class, she says it's impossible to really social distance.

“I think there was a failure at a number of different levels,” Hopes said. “It's been identified, it has been cured. Steps have been taken districtwide to ensure that social distancing is being practiced."

He says seating charts have also been completed and are being filed digitally with the district, so they don't run into issues with contact tracing again.

But that doesn’t help Alexis now.

“I'm like clueless on what I'm supposed to do,” Alexis said. “They didn’t give us any details on what we are supposed to do for school, or anything like that. They just told me I had to be quarantined.”

Gino Tutera says they didn’t sign up for this.

“My biggest concern as a parent is that my daughter has ADHD,” Gino said. “She is not a child who thrives in at-home learning, via online. She can’t do that.”

And with no laptop at home to work remotely on, she's stuck. Alexis says she’s called and told the school, but nothing has been done. She concerned she’ll fall behind.

We called the school district for answers when it comes to students who don’t have access to a computer or WIFI connection. The public information officer tells us he cannot discuss individual students with us because of FERPA.

In order to start being more transparent, the school district of Manatee is working on a COVID-19 dashboard. There, parents will find real-time data on how many teachers and students have tested positive for COVID-19 and at which schools.

It will also show how many are being quarantined after contact tracing. The hope is to have that up and running when students return from the Labor Day weekend.