Superintendent Kurt Browning made the announcement in a Twitter video on Wednesday. 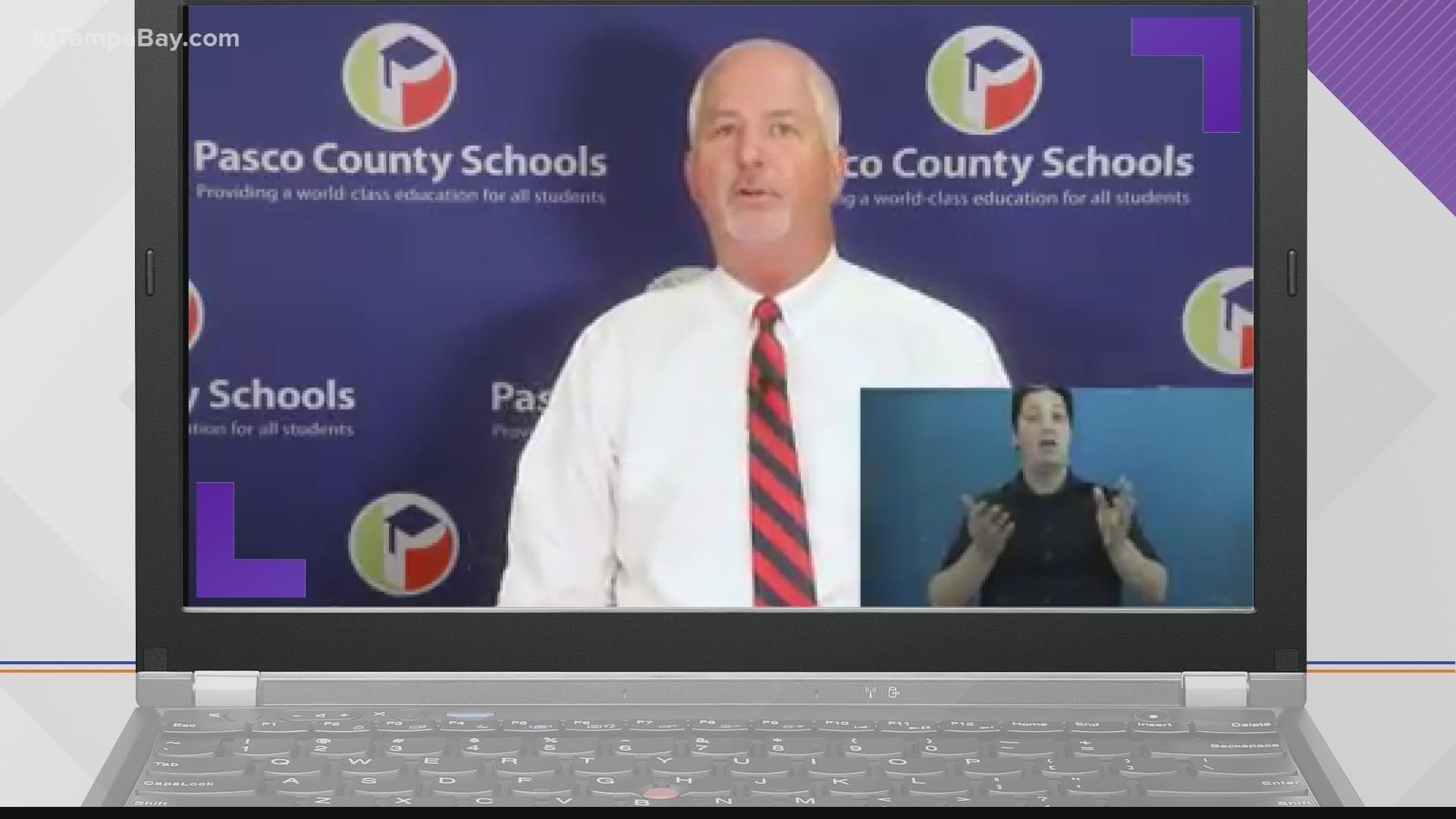 PASCO COUNTY, Fla. — If you still aren't settled with the learning option you chose for your Pasco Coutny student and want to swap, you'll need to do it ahead of Aug. 20.

Superintendent Kurt Browning announced the school district will temporarily pause the process of swapping from one online learning mode to another from Aug. 20 to Aug. 31.

The pause will allow schools to finalize their plans for the first week of school.

But, Browning said parents and guardians should have ultimately had their selections made "more than a month ago" when the deadline came and went, but understands that they may have had second thoughts.

"Since [the deadline] we have accommodated parents who changed their mind. It's only fair with new information you might make a different decision," Browning said. "Thousands have called their school and made a change one-way-or-the- other."

Browning said the school district has been busy accomodating those transfers, but now it needs to take a "brief pause."

The pause comes next week after the district's virtual orientation. The school year will then start on Aug. 24 with your child learning under the mode parents and guardians selected by Aug. 20.

When the pause is lifted on Aug. 31, Browning does not recommend making a switch for the benefit of your child's learning, but said Pasco Schools will still accept transfers.

Parents and guardians will need to contact their child's school to make the change.

"Thank you for allowing us to have this brief window to finalize schedules and staffing so we can be fully prepared for your student on day one," Browning said.

You can listen to Browning's full address below:

Superintendent Browning announces a brief pause in the process of switching from one learning mode to the other – from August 20th to the 31st – so schools can finalize plans for the first week of school. The first day of school is August 24th.https://t.co/ysaDf73NkO