The state promised millions of dollars for new teachers, but there might not be much left for experienced educators, union leaders say. 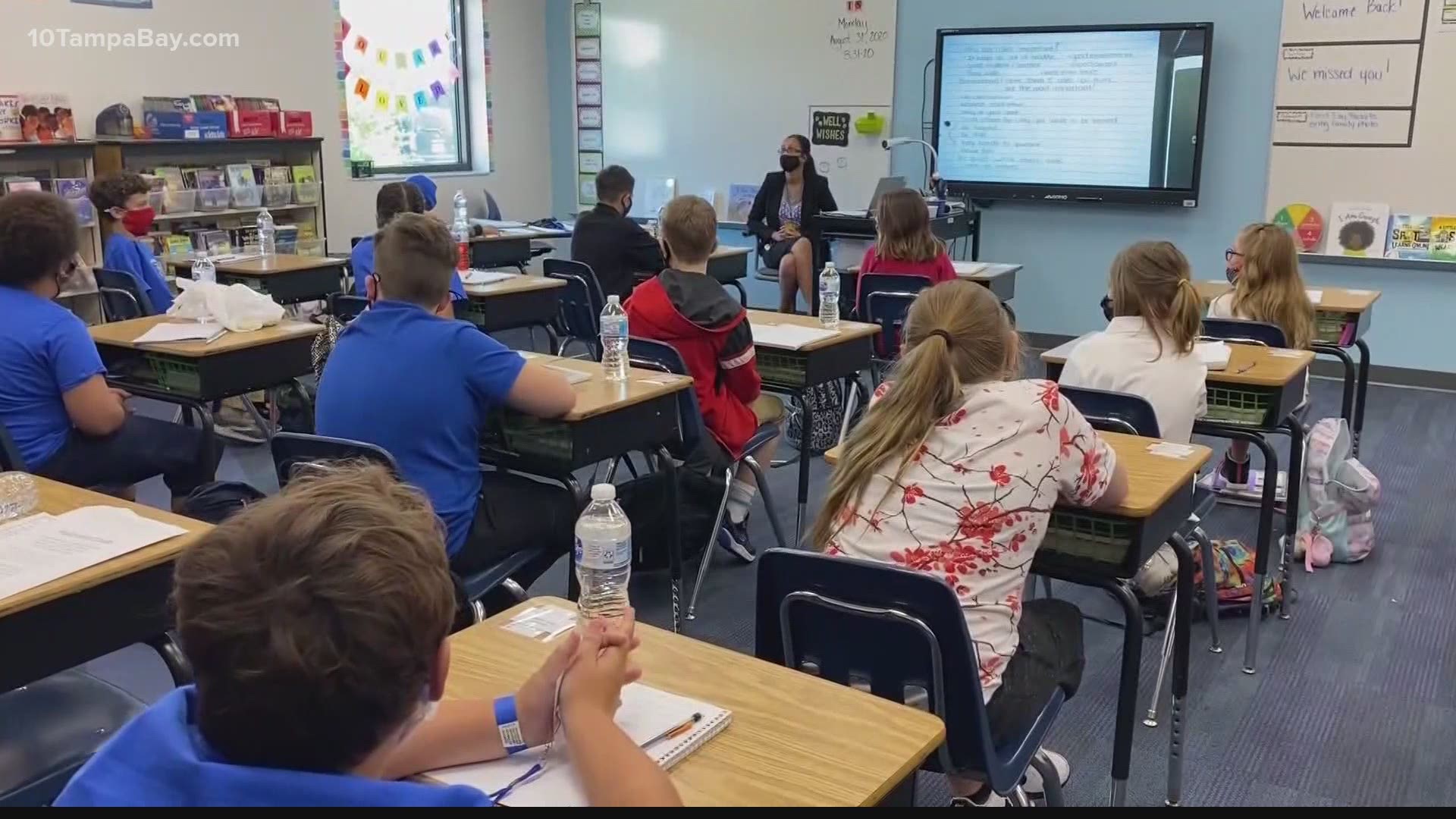 TAMPA, Fla. — Just one day after Hillsborough County Schools superintendent Addison Davis penned a letter posted on the district’s website responding to talks of possible cuts at all levels, the Hillsborough Classroom Teachers Association also found itself in a tough spot as it started salary negotiations for teachers.

RELATED: Cuts could be coming to Hillsborough County schools

"When times are tough, the thing that we really need to focus on is we're in the business of educating children. And the people who do that day in and day out are our teachers,” said Stephanie Baxter-Jenkins, executive director of the Hillsborough Classroom Teachers Association.

HCTA met with district leaders Monday to start salary negotiations. The good news is the state promised millions for new teachers but with the district's budget woes, there's not much left for anyone else.

"A veteran teacher who spent their whole career here would get $300 and change and somebody who just came out of school would get $6,000, so we'd like for the district to use some additional money to balance that out a little bit,” Baxter-Jenkins said.

The problem is the money is extremely tight and cuts are looming.

"It's going to be so devastating,” parent Kara Atchison said. Atchison has two daughters in the district. Her eldest has thrived in the arts. While the superintendent said there won't be cuts to those programs right now, he did say there needs to be staff reallocations at all levels.

Atchison fears this will still impact those programs.

"The whole reason why you have a school district is the kids, and to teach the kids. So why are the cuts starting immediately in the classrooms where they impact the kids?” she asked.

Parents and union leaders say they will be at the school board meeting tomorrow where some of the budget issues will be discussed. At least one group has already planned a protest.