For the Bears, it's their first-ever national championship. 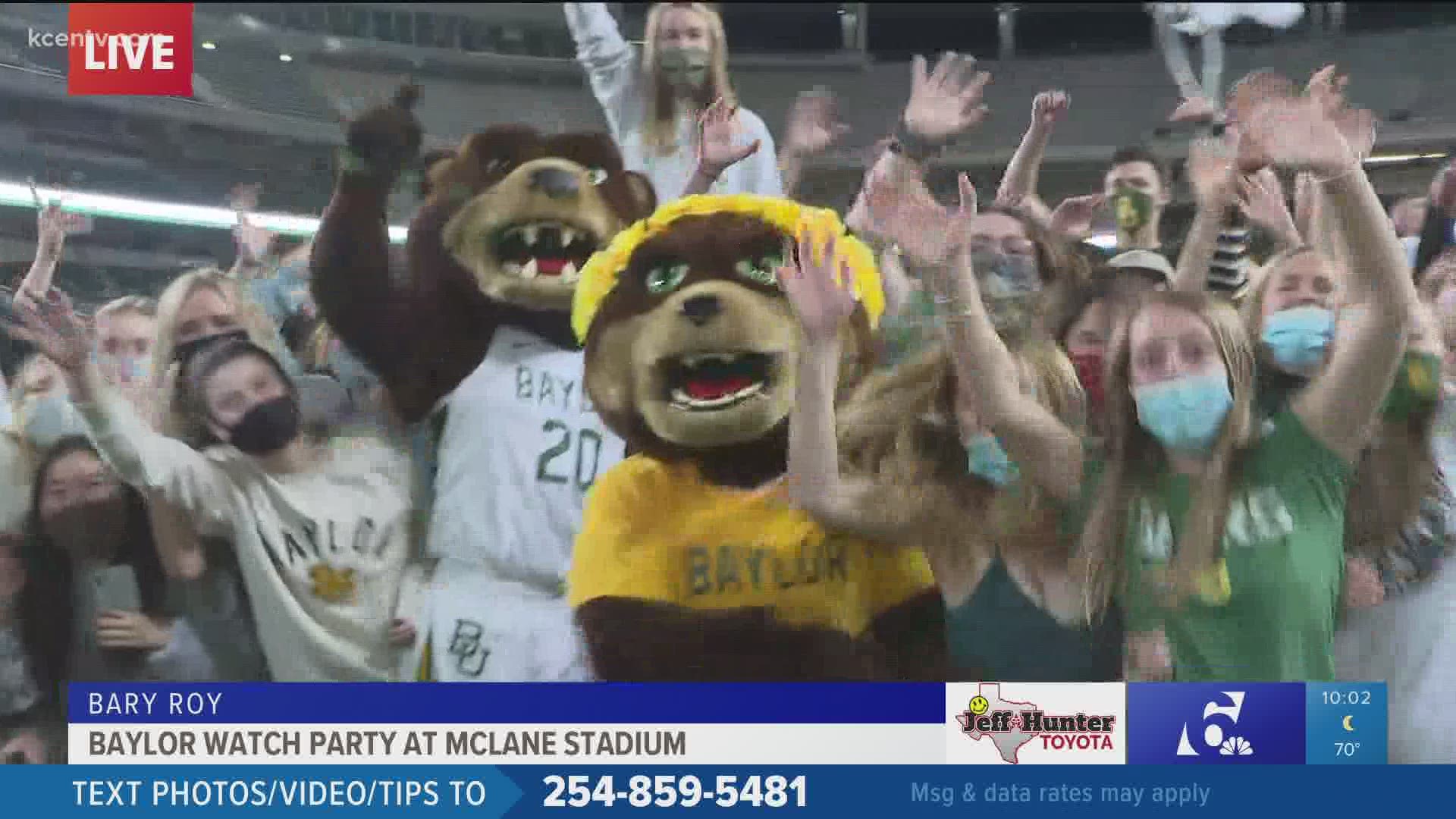 INDIANAPOLIS — The Baylor Bears are men's NCAA champions after pulling off an impressive win over previously-unbeaten Gonzaga.

Baylor got off to a 9-0 lead to start the game and got that lead up to 19. Gonzaga fought back before halftime to cut the lead to 10. Baylor never let up in the second half, and won 86-70, for their first ever national title.

Below, you'll find our live blog of highlights, fan reacts and other moments of the game.

The confetti is falling for the Bears 🙌@BaylorMBB #NationalChampionship pic.twitter.com/Ptuibity57

After Gonzaga cut the Baylor lead down to 9, the Bears took it back to a 16-poing lead, thanks to three-point shooting, defense and this....

Baylor getting it done at BOTH ends 💥 #NationalChampionship @BaylorMBB pic.twitter.com/nWqhfCALZS

Butler is 4-of-7 from long range including this bomb.

You knew Gonzaga wouldn't go away. After Baylor had a 19-point lead in the first half, the Zags closed it to 10 at halftime.

Flo Thamba with the rejection!

8:45 p.m. -- Gonzaga is facing their biggest deficit of the season.

Baylor has its foot on the gas 💥#NationalChampionship @BaylorMBB pic.twitter.com/qLVI3pRTiE

Kris Radcliff is loving this game so far! 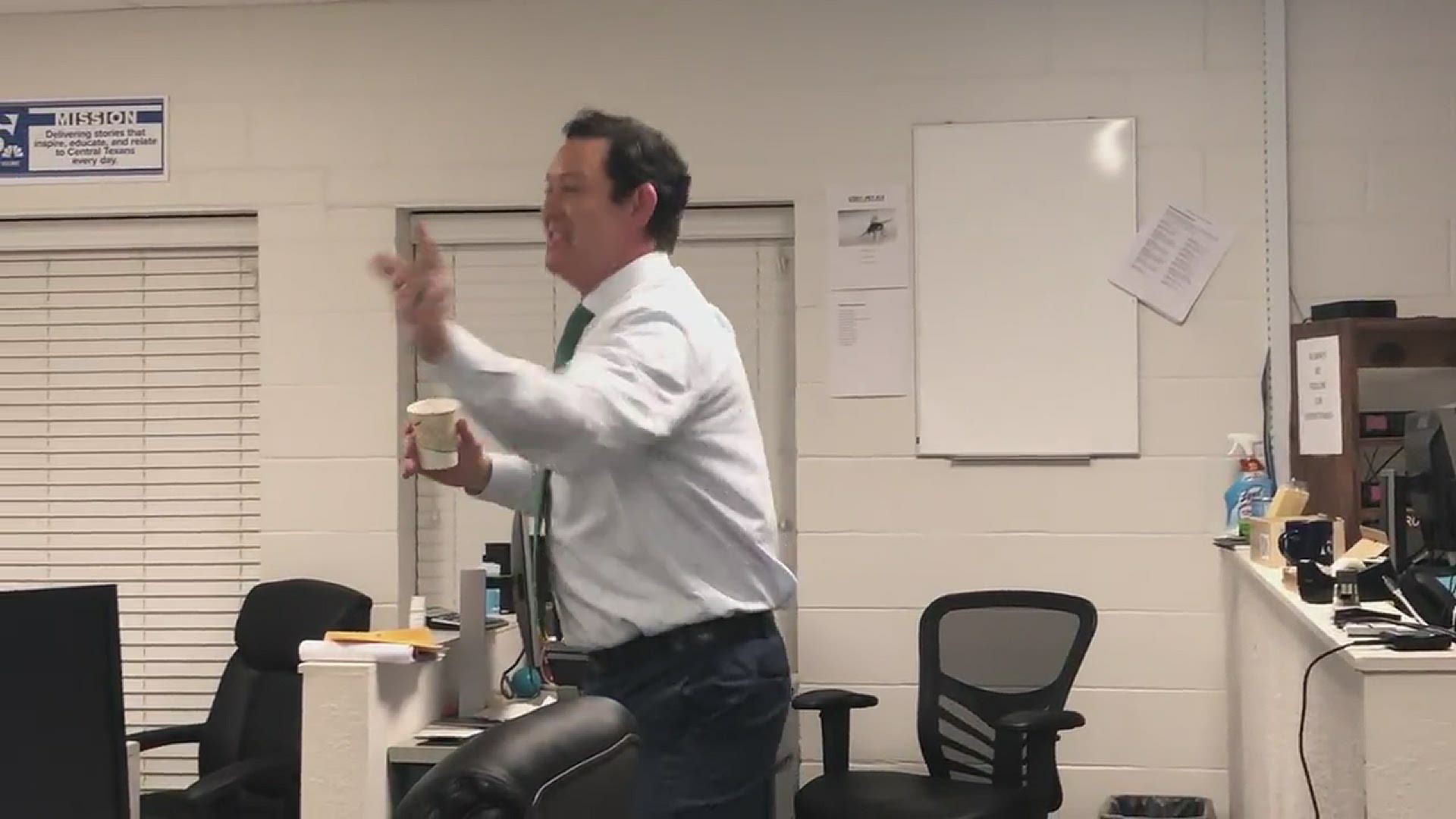 Baylor went on a 9-0 run to start this one. Here's Mitchell with the long-range bomb.

We are less than an hour from tip of the 2021 #NationalChampionship between #Baylor and #Gonzaga here in Indianapolis #FinalFour pic.twitter.com/e6apgoW8RZ

A spot in the history books and a big ole ring...duh.

But in addition to that, this is the second-time the Bears have played in the title game. The last time was in 1948, so you could say the crowd watching the game is a bit different from the last one. They lost to the University of Kentucky, 58-42, in New York City that year.

If the Bears win, it will be the 11th National Title the school has won across all sports and the ultimate program turnaround for a school that was at an all-time low when Scott Drew took over.

ICYMI | Referred to by CBS's Jon Rothstein as "The Original Renovation," we took a deep dive inside how Scott Drew and his staff took the Bears from scandal to a No. 1-seed for the first time #MarchMadness

WHO TO WATCH FOR

The Bears have a slew of talented players and each one has played their role to a tee in the tournament.

Defense will be key as the Bears face a Gonzaga offense that ranks first in offensive efficiency, according to KenPom. The Bears rank second.

The key to stepping up on defense will be Davion Mitchell. He swept the national Defensive Player of the Year honors and will need his nickname “Off Night” to be true when it comes to guarding guys like Jalen Suggs and Drew Timme.

WATCH || We spoke to 4 former @BaylorMBB players who helped lay the foundation of what this program has become, and now they get to watch their guys play for the national title #SicEm @freddieg_33 || @DevonteBandoo || @Kingmcclure22 || @TristanClark25 pic.twitter.com/jdNZ3SMbqH

Gonzaga and Baylor have played five times before. The Zags have won all five times.

The last time the two teams met was in the second round of the 2019 NCAA Tournament. Gonzaga won 83-71. Brandon Clarke had 36 points, eight rebounds and five blocks.

WHO IS FAVORED TO WIN?

Gonzaga  is a 4.5 point favorite in the national championship.

WHEN IS THE GAME?

BE A PART OF THE CROWD

Baylor University is hosting a watch party at McLane Stadium. The doors open at 7 p.m. Students will be allowed on the field with general admission allowed in the stands. It is free to attend. There will be an attendance limit.

The moment #Baylor was sent to the National Championship pic.twitter.com/Hn6dNCcxxv