It was more than the film's action-packed plot that made it a fan favorite even before its debut. 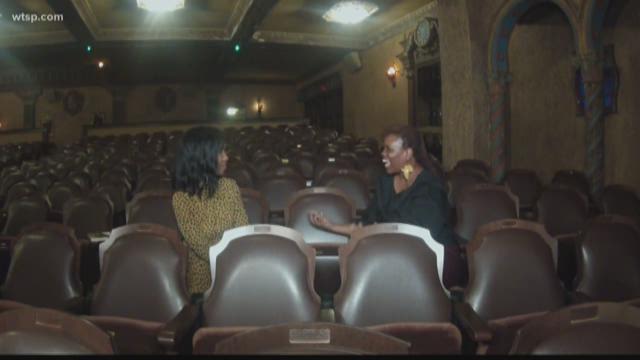 TAMPA, Fla. – At movie theaters throughout the Tampa Bay area and all across the country, the scene was the same: throngs of zealous fans in sold-out seats anxious to take in one of the year’s most anticipated films, Marvel’s "Black Panther."

In just one weekend, the film grossed $192 million, making it one of the largest opening weekends ever. Yet it was more than the film’s action-packed plot that made it a fan favorite even before its debut.

“The idea of seeing oneself visible as strong, as intelligent…seeing those kinds of representations inspires a whole generation of people,” said Dr. Aisha Durham, professor at the University of South Florida.

The film has been particularly inspiring for those of the African diaspora, as the Black Panther’s fictional African nation of Wakanda showcases black life and culture in a manner rarely seen in popular media.

“It is a community that has not been colonized by Europeans, so it invites us to imagine what could an African community look like if it retained its resources, whether that’s in terms of human resources or in terms of the natural resources,” Durham said.

The film also emphasizes that the story of Africans and African Americans does not begin in chains.

"'Black Panther' allows us to see us not necessarily in terms of victims, but victors — to allow us to see ourselves not as enslaved, but as kings and queens,” said Durham. “That is an important shift in the way in which we are seeing the narratives, but also seeing the characters in terms of African American imagery.”

►Stay updated on this and other developing stories. Download the 10 News app now.