Pat Robertson steps down from hosting The 700 Club on CBN

A spokesperson for Regent University said Robertson, who is 91, will turn his focus to teaching students at the college in Virginia Beach. 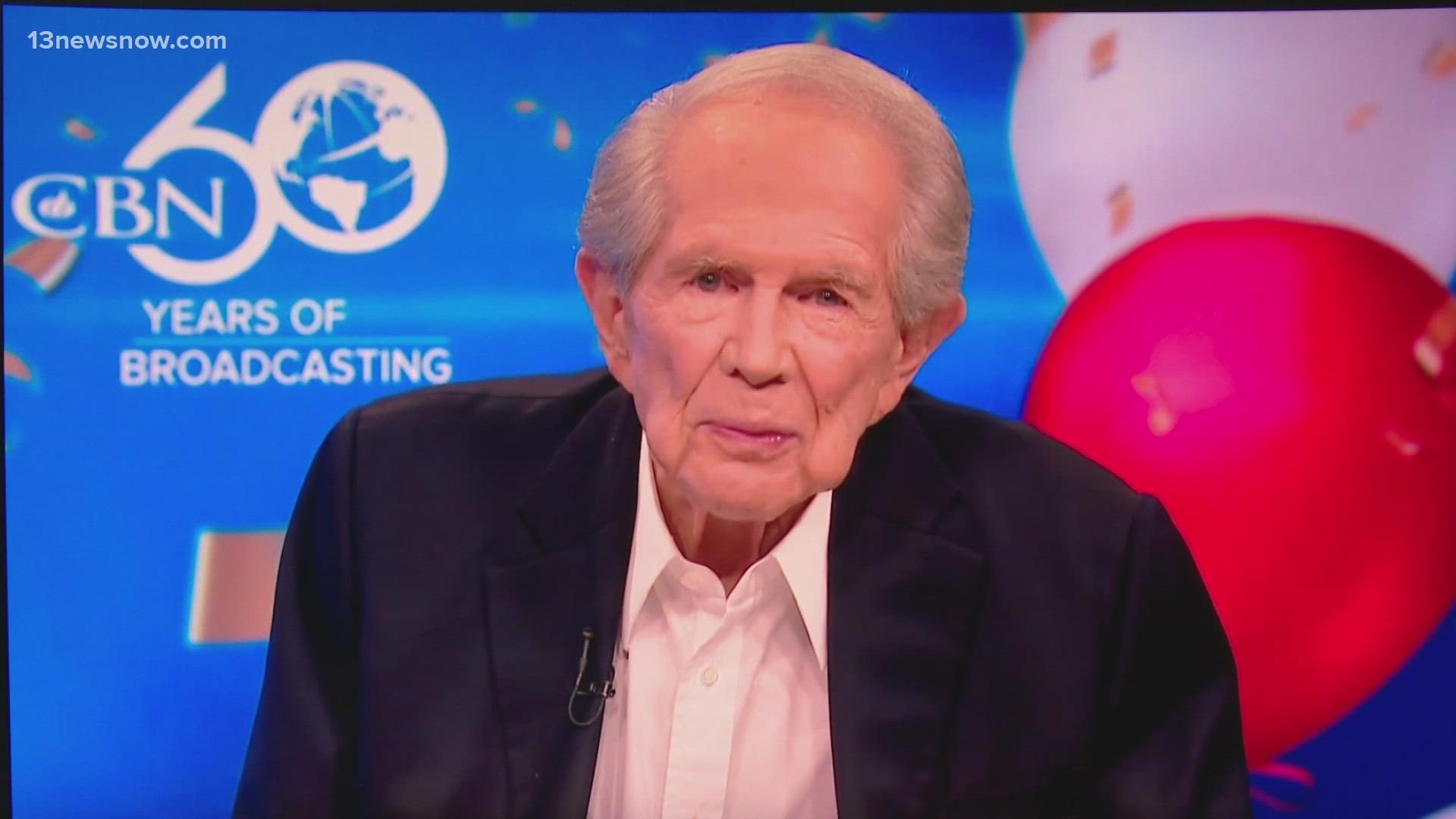 VIRGINIA BEACH, Va. — After decades on the job, Pat Robertson is stepping down from his role as a televangelist and host on The 700 Club with Christian Broadcasting Network.

The program reached its 60th anniversary on Oct. 1. The 700 Club shares news, music and interviews Christians to share their testimonies with an international network of religious viewers.

“It’s been 60 wonderful years and it's time for me to make an announcement that I will no longer be the host of 'The 700 Club," Robertson said on the broadcast Friday.

Pat Robertson has been with The 700 Club since its start, in 1961. Under his guidance, Christian Broadcasting Network went from a Hampton Roads television channel to an international network with bureaus in Virginia Beach, Washington and Jerusalem.

His son Gordon Robertson, who has been co-hosting the show for the last 20 years, will take his place. Gordon is also the show's executive producer.

"'Good and faithful' doesn't even begin to describe my father's service to CBN for 60 years," he wrote. "His legacy and the example of his prayer life will continue to lead The 700 Club in the years to come."

“Our first broadcast, we wondered if we could get it across the street," said Gordon Robertson, who is also chief executive of CBN.

Today, the network says it broadcasts to 174 countries in 70 languages.

Gordon Robertson said his family didn’t even own a TV when his dad filed for the corporation with the state, 18 months before its first broadcast.

“He already had the vision for a network. He already thought, we are going to have the first Christian television show," said Gordon Robertson.

Pat Robertson is still scheduled to come on the show once a month to answer viewer emails, the spokesperson said.

He's known for being a conservative-leaning Christian, and unsuccessfully campaigned to be the Republican candidate for president in 1988, but he's held interviews with presidents on both sides of the political spectrum.

A spokesperson for Regent University said Robertson, who is 91, will turn his focus to teaching students at the college in Virginia Beach.

Gordon Robertson hopes people are inspired by his father's journey.

“If God tells you to do something then do it with all of your might, and He will come through for it,” he said.

Also today, to commemorate 60 years on television, the Christian network released a new documentary titled, “The CBN Story.” You can watch it here.

Watch the miraculous story of the founding, growth, and global impact of the Christian Broadcasting Network in the premiere of “The CBN Story.” Watch here: https://t.co/H1CMnmbCK2 #CBN60Years pic.twitter.com/yO8GqHGgMh 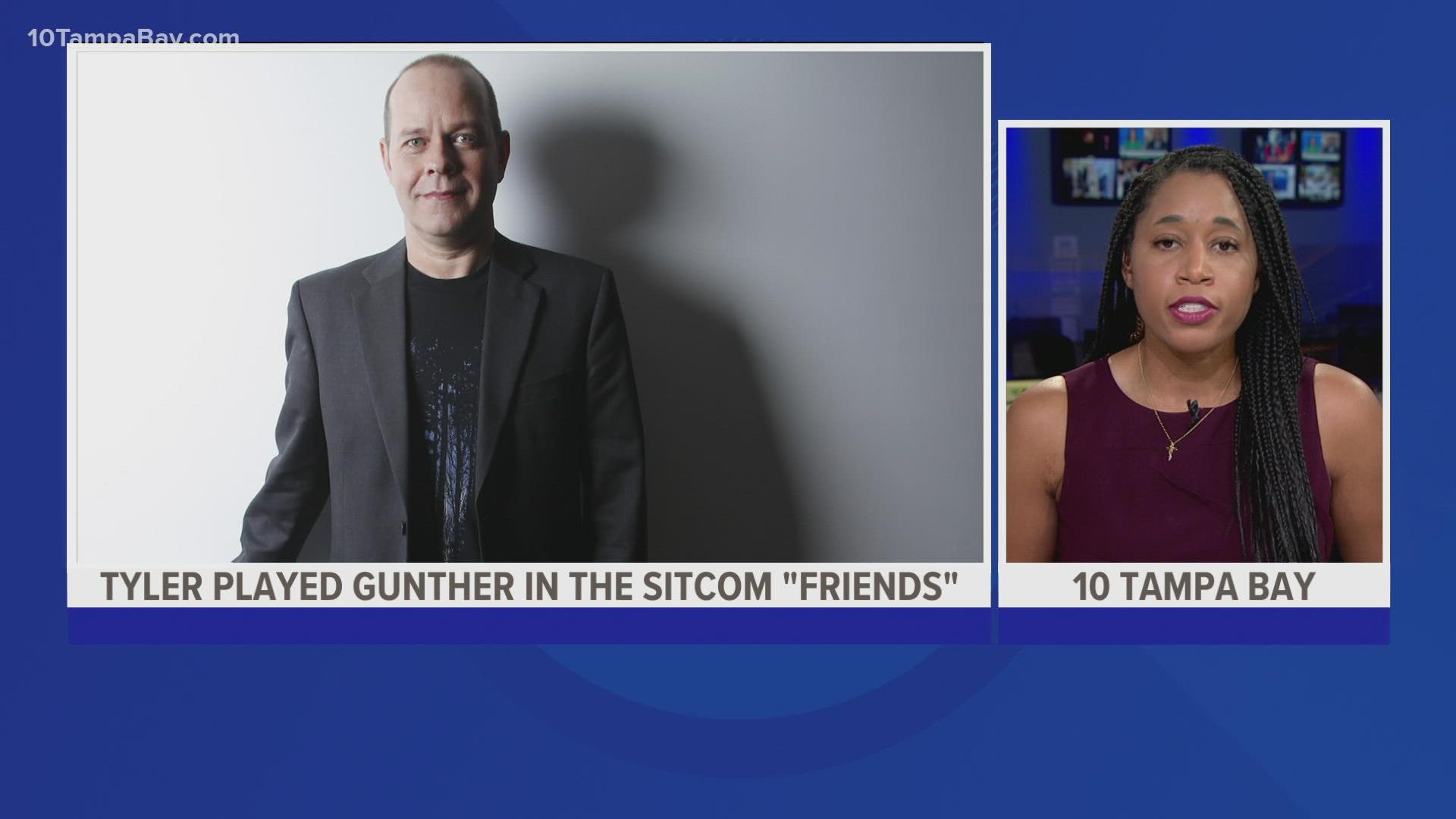