Florida cat missing for 8 years ends up in Ohio

Barley the cat now needs a ride back to the Sunshine State! 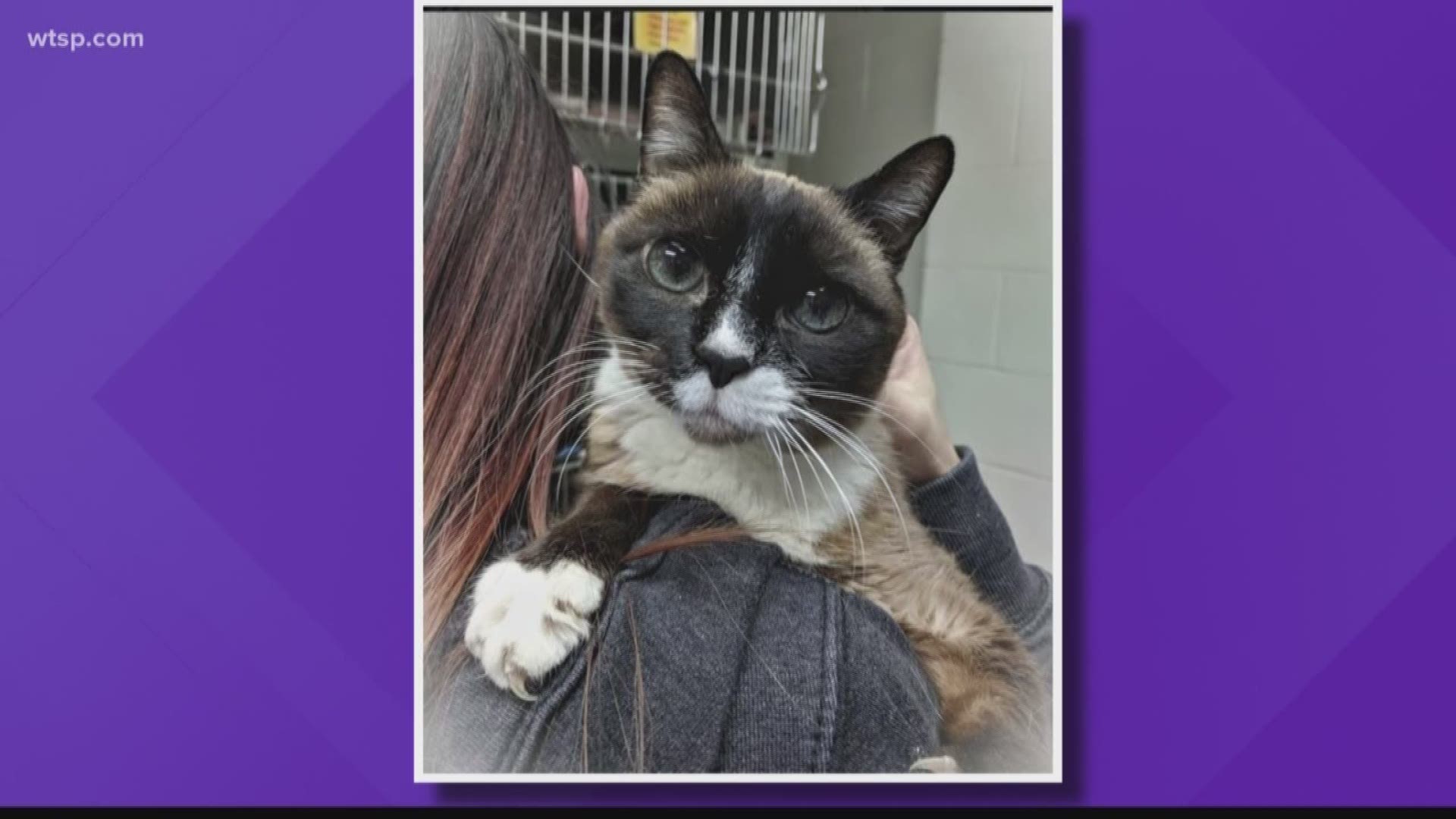 Taken in as a stray at a Canfield, Ohio, animal shelter earlier this week, Barley was quite happy to be indoors and out of the elements, Angels For Animals wrote on its Facebook page.

She was microchipped, making it easy to identify her. Lo and behold, Barley apparently made quite the trip -- the group got in touch with the cat's owners and learned she had been missing for eight years, ending up more than 1,000 miles away.

Barley was found in a dumpster in Tampa as a kitten some 10 years ago. A family took her in, joining an ever-growing family of animals: Spike a cat and George a basset hound.

A couple of years later, Barley and Spike snuck outside and weren't seen since -- until this week.

"This is a prime example of why micro-chipping your pet can be one of the most important things that you can do for them!" Angels For Animals said.

The group now is trying to figure out a way for Barley to get back to Florida and ask if anyone has any ideas to call them at 330-402-3641.