Florida deputies were investigating a homicide, and then another body was found

The Highlands County Sheriff's Office noted the bodies were located about 9 miles apart from each other. 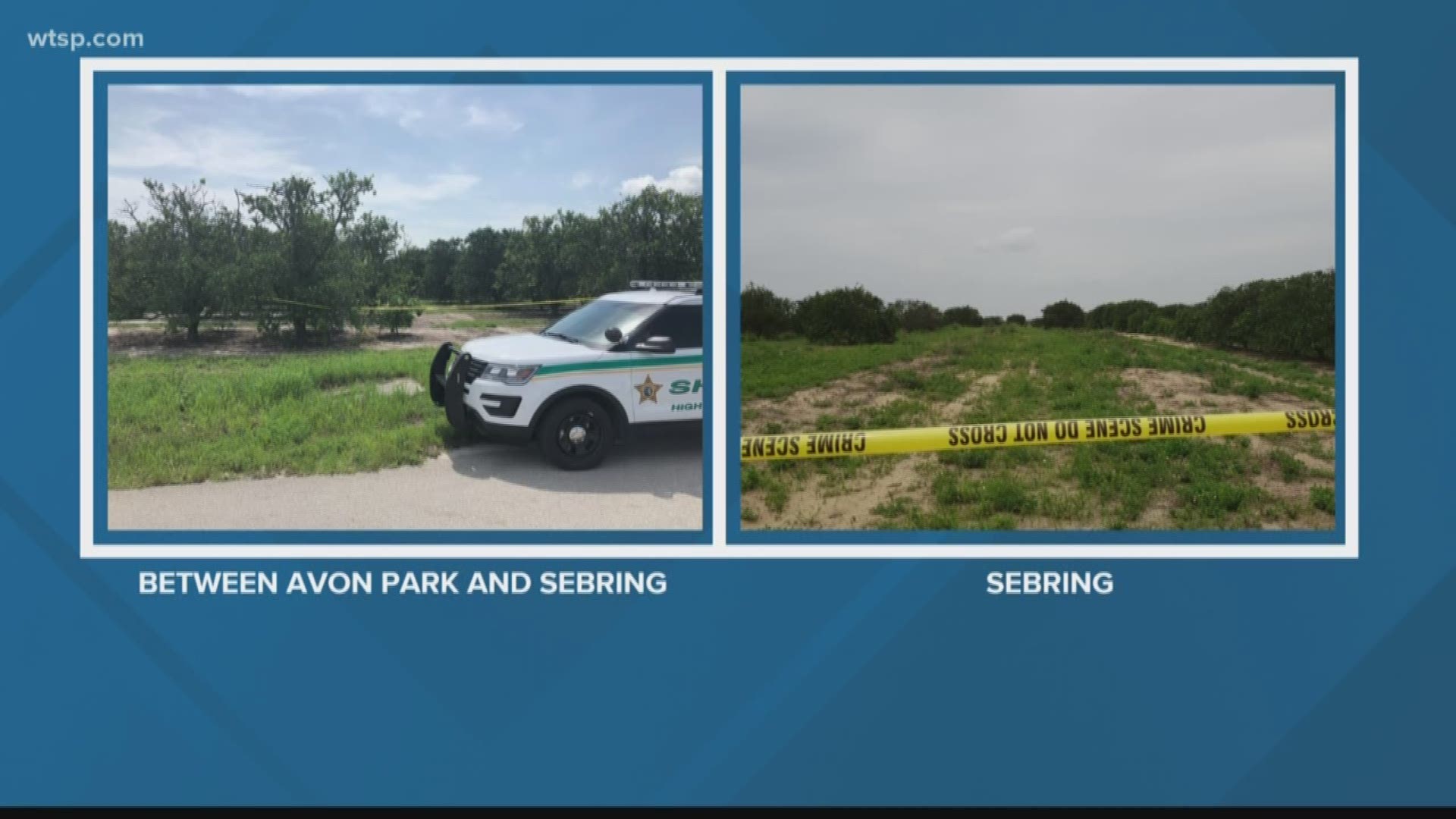 Deputies responded around 8:45 a.m. Saturday to the discovery of a body in a grove between Avon Park and Sebring, according to the Highlands County Sheriff's Office.

They identified him as 30-year-old Jacquill Terrell Williams, a Lake Placid man.

As they finished up at the scene, a second body was found a few miles from downtown Sebring, the sheriff's office said. That person has not yet been identified.

The bodies were located about 9 miles apart from each other.

Deputies believe the two homicides are related and not random acts of violence. The sheriff's office adds the public is not in any danger.

Anyone with information about the cases to aid authorities is asked to call the sheriff's office at 863-402-7250. People can leave an anonymous tip through Heartland Crime Stoppers at 1-800-226-TIPS and be eligible for a cash reward of $3,000.