10-year-old Raniya Wright died in March, but investigators say it was not because of the fight. 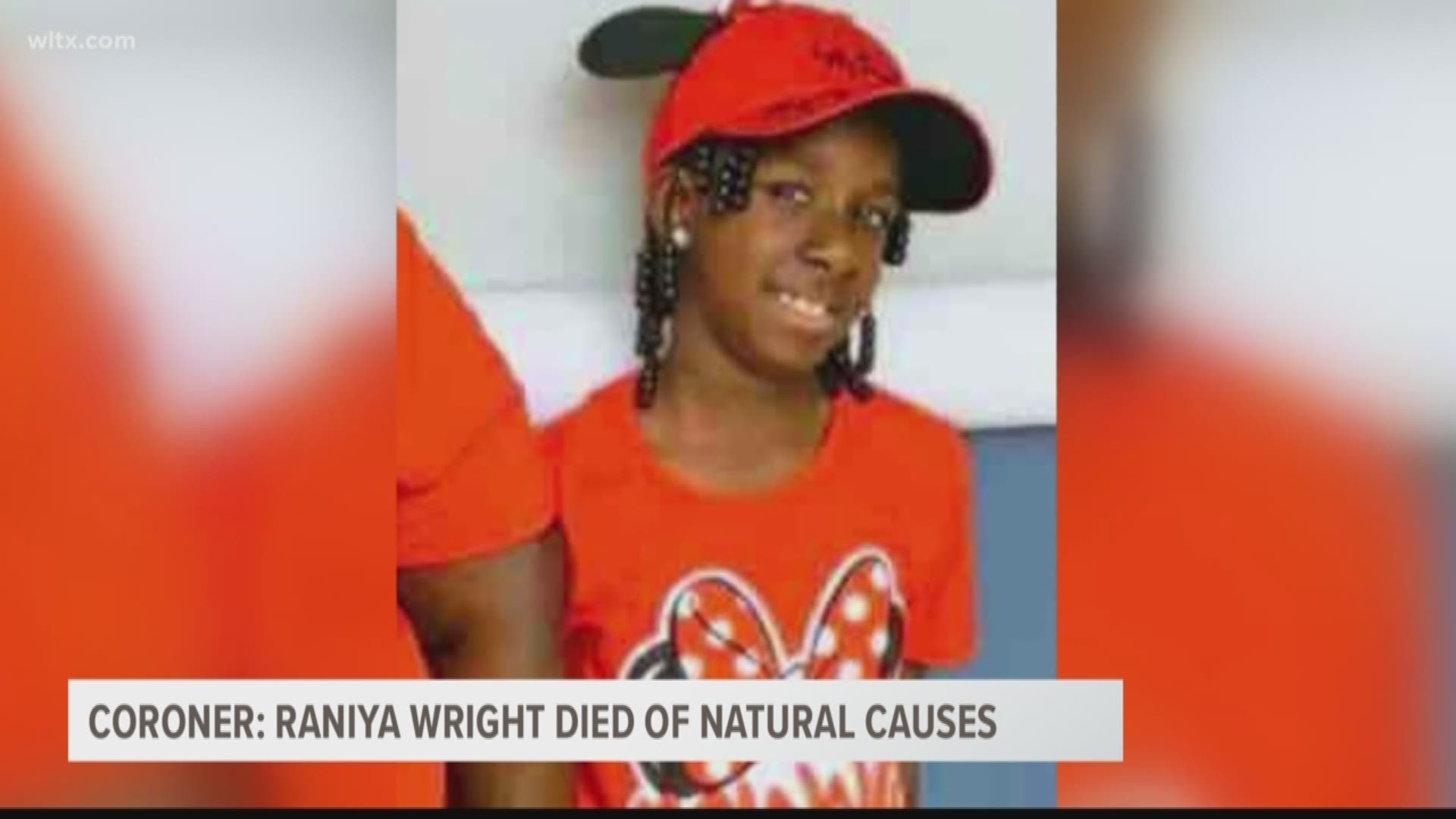 WALTERBORO, S.C. — A girl who died in a South Carolina classroom last month passed away from natural causes, not from a fight, investigators have concluded after weeks of tests. But the mother of Raniya Wright say investigators' conclusion that her daughter was not bullied is not true.

Fourteenth Circuit Solicitor Duffie Stone, the chief prosecutor for the region, said arteriovenous malformation, or a tangling of blood vessels, was found in the back of Raniya's brain. That condition led to a rupture, which caused her death.

Stone says a pathologist who examined her found no evidence that any type of fight or trauma contributed to her death.

Colleton County Sheriff Andy Strickland described the fight between Raniya and the other girl as a "slap fight" that only lasted 5 to 10 seconds.

"This does not appear to be a case of bullying," Strickland said. He said there was no document evidence of prior problems.

But Raniya's mother, Ashley Wright, and her lawyer said there was a persistent pattern of abuse from the girl in the case.

"There were several altercations between these girls that day," said Margie Pizzaro, Ashley Wright's attorney. ""The behavior of the student remained unchecked for year."

"My child was never trouble, she wouldn't lift a finger," Ashley Wright said.

But the sheriff said there was a teacher in the classroom, and that person broke up the fight quickly. There were no complaints of injuries until 10 minutes afterward, when Raniya complained of a headache while she was in a separate room.

"There were no bruises no cuts, no scrapes, no busted lips, no black eyes," Stone said.

No charges will be filed.

Ashley Wright said she did not know of her daughter's condition until the day of the fight.

The fight broke out on Monday, March 25 in a classroom at Forest Hills Elementary School in Walterboro. The Colleton County School District said teachers ended the fight as quickly as possible, and called for EMS. Both of the students involved were fifth-graders.

The report says Wright made it to the nurse's station, and when deputies arrived, the girl was unconscious but breathing.  She was taken to a Colleton County hospital for treatment, but later was airlifted to the Medical University of South Carolina in Charleston. Around mid-morning Wednesday, she passed away.

The other student was suspended in connection with the incident.

RELATED: Community angry with lack of answers in death of 5th grader at SC school

Since that time, there had been little information in the case.