Medical first responders have carried naloxone with them for years, but as overdose numbers have spiked amid the opioid epidemic they're using more and more of the antidote. 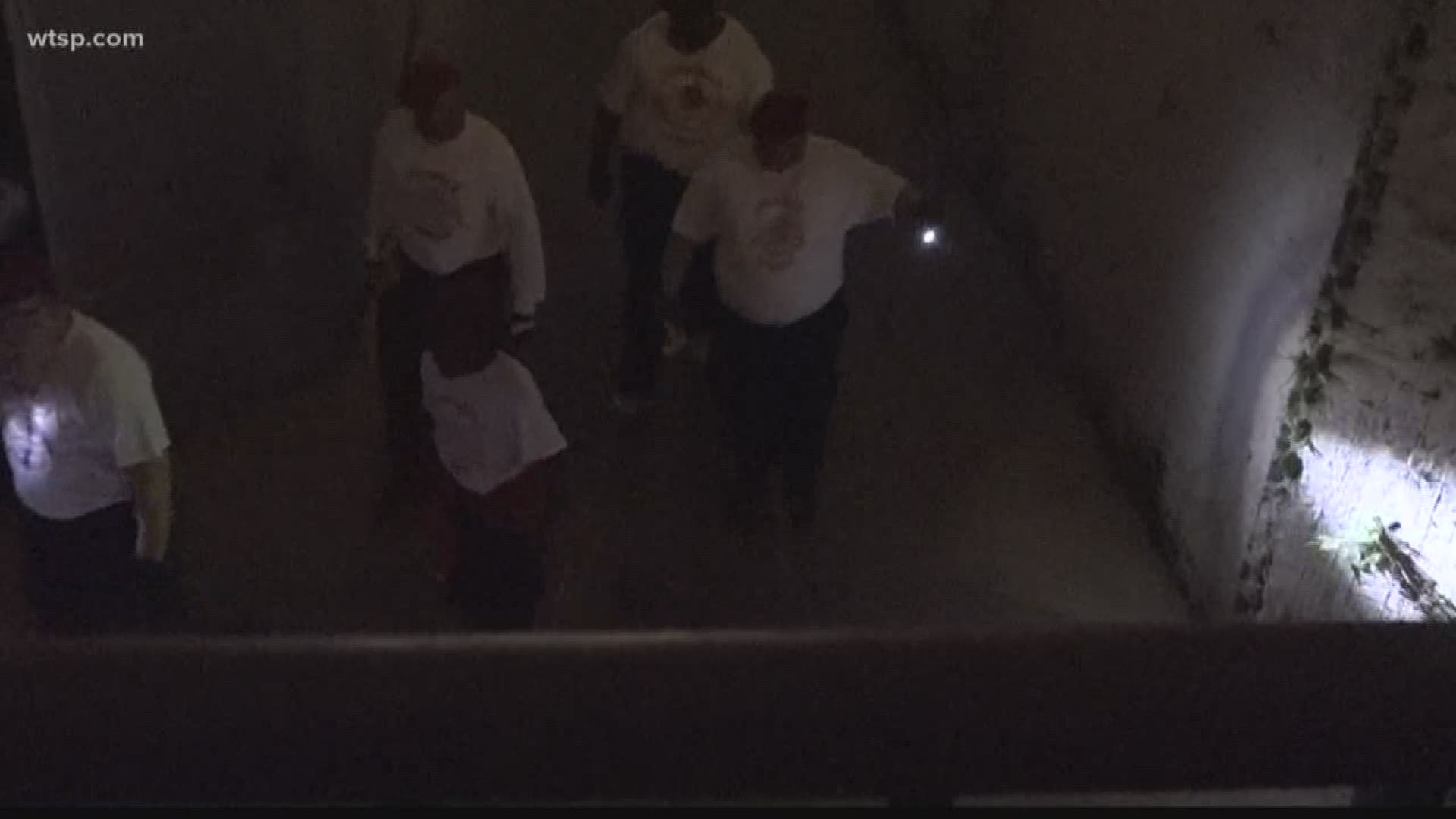 The call to action was a direct response to the country’s opioid crisis, which now kills thousands of people every year.

Weeks before the Surgeon General’s advisory, the Tampa Bay chapter of the Guardian Angels was already a step ahead of the directive.

In March, the Tampa Guardian Angels enrolled in a training session put on my the volunteer group Safe Exchange Tampa, a non-profit organization devoted to harm reduction techniques to fight the spread of blood-borne illnesses and minimize the harm done by injecting drugs in the Tampa Bay area. They got trained in how to use Narcan, the FDA-approved nasal form on naloxone, and got individual doses of the drug to carry with them.

The Angels’ Tampa chapter has been taking Narcan out on patrol ever since.

“We took a class on Narcan which will help you revive someone in an opiate overdose. We went through a class, got certified in that and our members in our group will be carrying that,” said Tampa chapter leader Ron “Jaws” Smith. “Generally, if we see someone in that situation we would call an ambulance or something, but sometimes they don’t have that two or three minutes they can wait.”

“This could be one of those circumstances where we do see someone who’s having an overdose and is in immediate need of assistance right then and there,” added Smith. “You just hold their head back and you squirt it in their nostril and they supposedly come out of their overdose instantaneously.”

Medical first responders like the EMTs at Tampa Fire Rescue have carried naloxone with them for years, but as overdose numbers have spiked amid the opioid epidemic they’re using more and more of the antidote.

“We use Narcan probably, I would say, at least every other shift, sometimes it is daily, but it could be every other day. Multiple times a week, we’re using it,” said Tampa Fire Rescue Lt. Jacob Knighton. “It’s been around and used for multiple different things. We use it for someone who may overdose on drugs such as heroin, misuse your prescription medications, your Percocets and a lot of painkillers as well as some of the people who take it for chronic pain may accidently take too much, they may have a dosage change where it’s more than they can handle and they can accidentally overdose themselves.”

“We do seem to use quite a bit, it kind of comes in waves, we’ll go a while where we don’t use it but then we’ll go in waves where we’re using it quite often,” added Lt. Knighton. “We’ve had people that we’ve gone to, literally, with the needle still in their arm and we believed it was heroin and they’re turning blue to that point where they’ve stopped breathing, and we’ve been able to give them Naloxone and they come right back.”

As far as civilians being tasked with using the drug to help protect against overdoses, Knighton and his colleagues welcome the help.

“We are 100% for anything that helps the population,” he said. “If someone has Narcan readily available and they can administer it and save somebody’s life, we’re 100% for that.”

While some first responder units around the country are struggling to keep naloxone stocked because of how much they’re using, Tampa’s Guardian Angels got their kits donated by Safe Exchange Tampa.

“The odds of us ever having to use it is going to be pretty slim because, unless it’s a life or death immediate situation, we’re going to call 9-1-1,” added Smith. “But sometimes, if someone is foaming at the mouth they don’t have two minutes to wait, so if we come across that situation then I guess we’ll have to use it.”