Hardin County deputies are now asking the community for prayers as the child hurt continues to fight for recovery in the hospital. 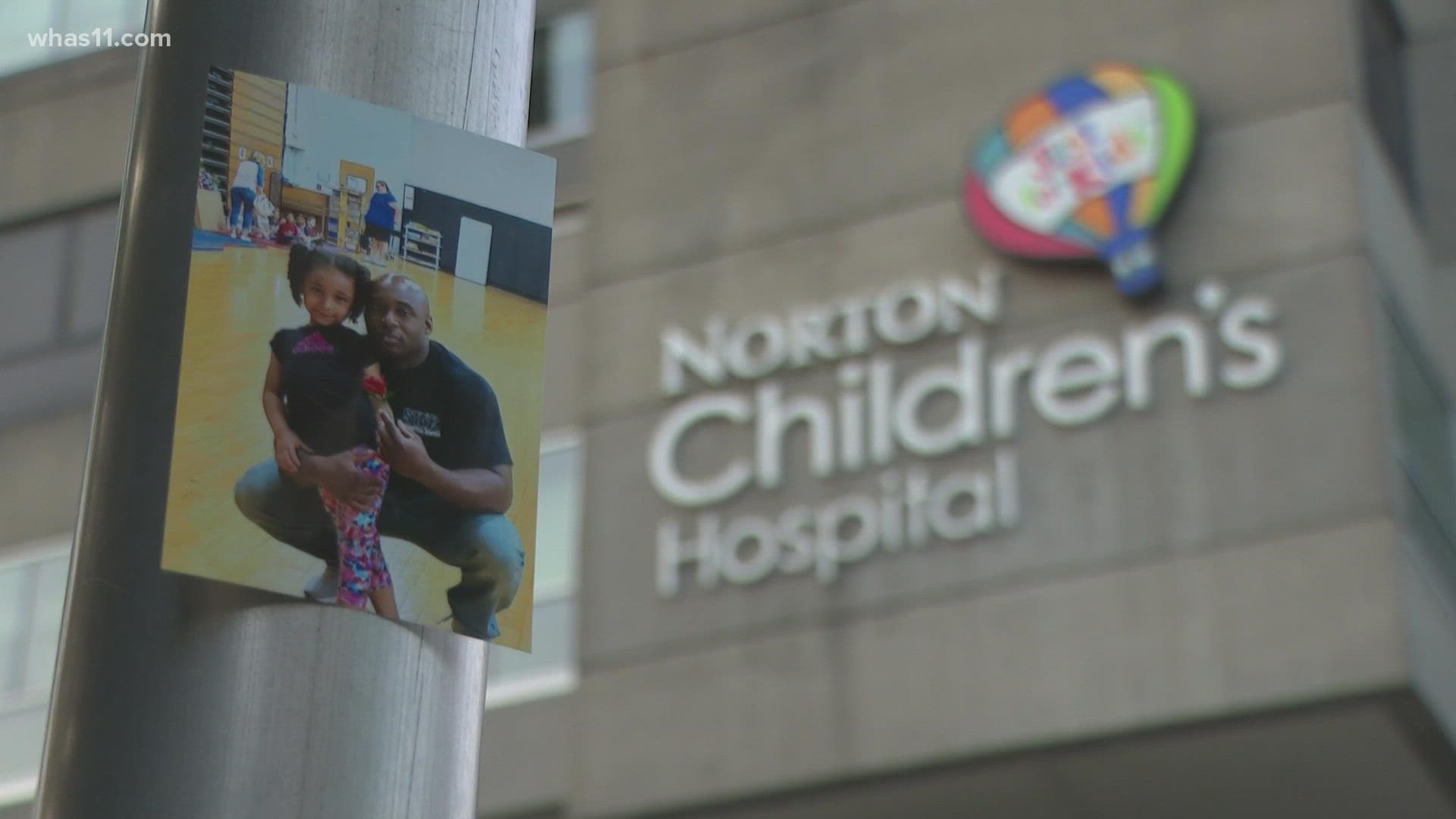 ELIZABETHTOWN, Ky. — Authorities are trying to piece together the moments leading up to an ATV crash, killing an off-duty Hardin County deputy and leaving his 7-year-old daughter seriously hurt.

Kentucky State Police said 36-year-old Kevin Johnson lost control of his ATV, hitting a fence around 8 p.m. Friday in Elizabethtown. He died at the scene.

His daughter, Aliyana, was badly hurt and airlifted to Norton Children’s Hospital with life-threatening injuries.

According to the Hardin County Sheriff Department’s Facebook page, Johnson is a North Hardin High School graduate and was sworn onto the force in April.

Before joining the sheriff’s deputies, Johnson worked with the Radcliff Police Department.

Sheriff John Ward said Friday was the most difficult day of his career. Not just because he lost a deputy, but because he knows Aliyana, everyone who worked with her dad knew her. If he wasn't with her in person, they were face timing. His coworkers would talk to her too. "I really feel for her. That's going to be, uh, very tough."

Aliyana suffered a head injury, according to her mother. She has a blood clot between her skull and spinal canal, no movement or feeling in her left arm, torn ligaments in her neck and shoulder, and bruised lungs.

Still, her mom saw some hope Sunday, posting on Facebook, "She's breathing on her own without the oxygen now. Very Good!"

A trust fund has been created for Aliyana at West Point Bank, and people can donate funds to cover Johnson's funeral expenses at any West Point Bank branch, or on this online form.

The investigation into the collision remains ongoing.