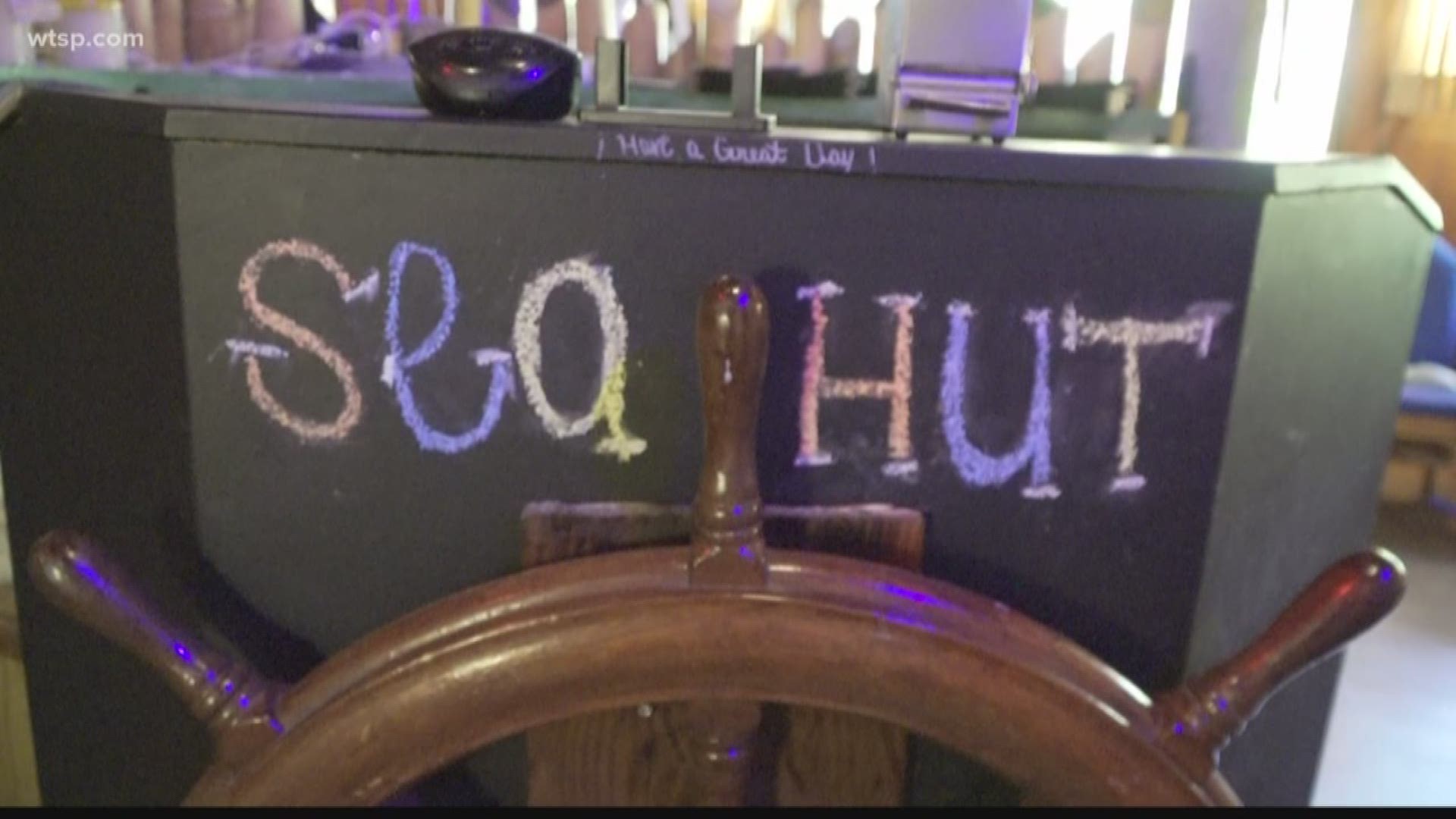 “I’m looking for a grouper sandwich.  It’s all about fresh … fresh seafood,” said one customer on his way in for lunch.

But what wasn’t so fresh were the conditions documented by a state health inspector inside the kitchen.

There were also small flying insects swarming around a garbage can in the salad prep area with six “larvae-like insects” in standing water inside the salad prep cooler.

The inspector also reported finding 40 rodent droppings near the ice machine and under the single service items.

“That’s definitely a concern, yeah,” said the same customer who was looking to order a grouper sandwich.

10News stopped in Wednesday to check on the conditions in the kitchen.

“Ummm … can you give us about a week and then come back?” asked a woman who identified herself as the restaurant’s manager.

When we asked if customers who were eating in the restaurant should be concerned, the manager told us, “We’re not going to comment today.  It’s clean.”

But customers we talked to didn’t seem so sure.

The manager came back outside to assure that same customer and his friend the kitchen was cleaned up.

“They wouldn’t have let [us] open back up without passing the health inspection,” said the manager.

And while records confirm the restaurant was cleared to reopen, the establishment still requires a follow-up inspection. In fact, last week was the second emergency closure in the past month.

The restaurant was also shut down May 23 with 127 rodent droppings including on the lid of the sugar bin, above the reach-in cooler and over the oven. The inspector reported dead roaches under the dish storage shelf and inside the sanitizer dispenser on the cook line and also wrote up employees for touching ready-to-eat food with their bare hands.

“I just started today,” the manager told us, explaining the owner would be coming to the restaurant later in the afternoon and would be available to speak to. But before the owner arrived, a Manatee County Sheriff’s Deputy showed up on scene and asked us to leave the property.

It seems the restaurant was more concerned about our 10News camera than showing the public what conditions looked like in their kitchen.

10News has learned the health inspector’s original May visit was triggered by a complaint by someone claiming to be a Sea Hut employee.

The employee asked to remain anonymous because they still work at the restaurant and wrote in her complaint to the state, “Every morning there is rat fur and feces on booth seats and table tops … Rats are getting into the walk-in cooler and eating produce and desserts. Rat feces found in plastic silverware containers and at the soup/salad station. Rat feces in shelves where napkins and soup cups are kept.  Live cockroach activity in kitchen and server station.”

Much of what that employee was alleging is now confirmed by the state inspection report.

Every restaurant in the state of Florida is required to have a copy of their latest health inspection report and make it available to the public upon request. The manager we talked to told us she had no idea where the inspection report was kept.

The Manatee County Sheriff’s Office is looking into how to handle that violation.

A customer tells 10News she was informed the restaurant had been shut down due to a gas leak.

The restaurant owner eventually returned our call, blaming most of the problems on his old building and a restaurant workforce that doesn’t care.

He’s since made a number of personnel changes, but says he’s having trouble finding qualified replacements.

You can take a look at this restaurant’s complete inspection history here.

The owner of Sea Hut provided the following statement to 10News:

I will start off by saying that I am deeply sorry for our customers and straight up angry at my management team for allowing this to happen.  We are a mom and pop business with other locations that consume all of our time.  There is not an excuse for the neglect. I put the trust and responsibility in certain people's hands and they did not "pay attention to the details". We are a 44-year business built amongst the mangroves and waterfront so we must be extra diligent for all aspects of quality.  Since the incidents we have fired a manager and demoted the other while bringing a new team in place.  This new team has been very efficient in applying the programs that had been neglected by previous management.  We will use this mishap to work on providing our customers with a better experience in exchange for giving us another opportunity.  Once again we are very sorry for what has happened