A Leukemia vaccine? All eyes on a Tampa doctor

A Tampa doctor is making headway on a vaccine for childhood leukemia - and has dedicated the rest of his life to doing so. 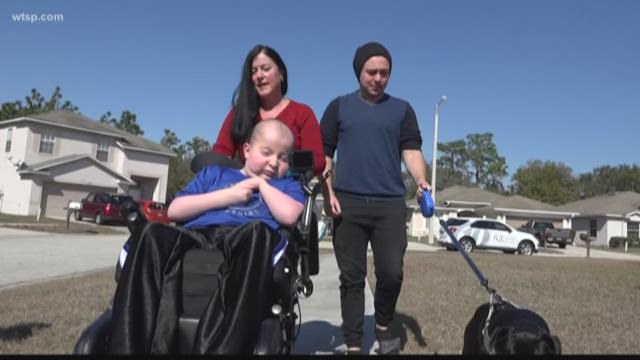 TAMPA, Fla. -- As a parent, having a healthy child is a top priority.

Unfortunately, tens of thousands of U.S. children are diagnosed with cancer every year.

Leukemia is the most common cancer in children and teens, accounting for almost 1 out of 3 cancers, but childhood leukemia is a rare disease, according to the American Cancer Society.

Though rare, it causes pain and financial burden for patient families.

Many may think that cancer doesn’t run in their family, but so did the parents interviewed for this story.

“When we first had Connor, we knew there was something wrong, but we didn't know what,” she said.

It wasn't until Connor was four that doctors gave Tracey the answers she wanted.

“I said to the oncologist, ‘You're in the wrong room,'" she said. "My child has a genetic disorder, not cancer, and that's when I heard the words, ‘No your child has cancer.’”

Connor was diagnosed with high-risk Leukemia. The genetic disorder was Wolf-Hirschhorn syndrome, a depletion of the fourth chromosome.

“He doesn't walk, he doesn't talk. He completely understands everything,” she said. 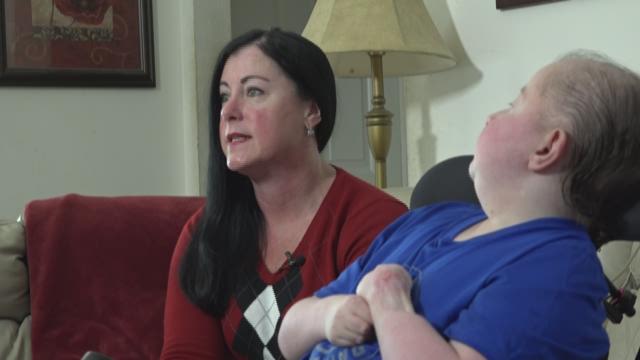 Many doctors wouldn't take the risk of chemotherapy, but one did.

“That's when he looked at me and said every child deserves a chance and we’re going to give him every chance we can,” she said.

Connor was twice diagnosed with Leukemia. The cancer is in remission but there was a point when Hernandez thought he wouldn't make it.

“His body couldn’t handle it, he went into organ failure," she said. "His liver and kidney started giving out. He was needing to have to remove the organs that weren’t necessary anymore like his appendix and his gallbladder."

That’s when Connor was placed in hospice for two years.

Tracey calls Connor a “hospice dropout” and is still in shock that he made a miraculous recovery.

She credits Dr. Cameron Tebbi for never giving up on her now 18-year-old son.

Tebbi has treated hundreds of children with Leukemia.

Many are no longer with us.

“The loss of a child isn't something you can take so easily," she said. "So, every time we have had a child lost, it leaves behind a scar in your memory and sometimes big scars."

When not working, Tebbi has invested in research to find a preventative end to the disease.

He has been recognized internationally for his research and pediatric hematology/oncology care of patients. 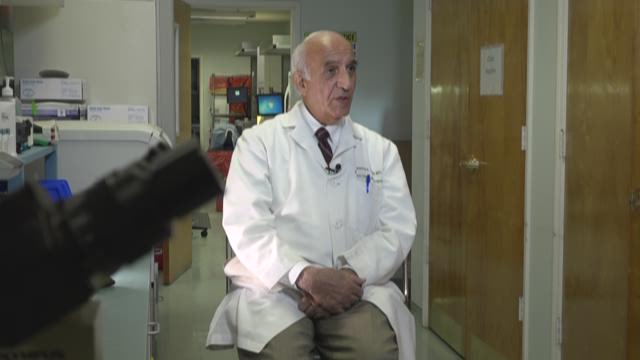 But the pain of losing so many patients, which he considers family, to leukemia weighed heavy on him.

So he retired to focus full-time on finding a leukemia vaccine.

Now, all eyes are on the Tampa doctor, his 40 years of research and his significant breakthrough.

After years of research, Tebbi has created a protein that can differentiate between normal and leukemic cells.

This means doctors can tell which child is more likely to develop cancer.

When exposing leukemic cells to the protein, they develop their own characteristics so that only children whose cells react differently to the protein will receive the vaccination, Tebbi said.

While it's progress, there's still plenty of research to be done, he said.

“The best way to deal with a disease is not to deal with it, but to find ways to prevent it and that's what we are working on,” Tebbi said. “Many are so invested in finding the cure for cancer, but it’s better to never have to deal with it in the first place.”

He has started live trials with mice to monitor different types of vaccines.

Even with Tebbi's progress, additional funding is needed to make the research possible.

She started the non-profit almost a decade ago, developing over 20 different programs for pediatric cancer families in Tampa Bay -- all free of charge.

Some of the programs include:

• Bags with comfort items and necessities 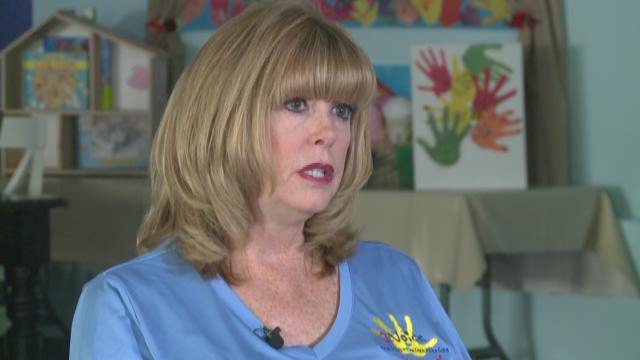 These programs are made possible through grants, fundraisers and volunteers. Massolio is the only employee. Massolio's work is very personal. Her father was diagnosed with prostate cancer.

“I just realized how your body could completely shut down what you're hearing,” she said.

Hours after receiving her father's diagnosis, she received some news about her son.

“He was diagnosed with stage 4 Non-Hodgkin’s lymphoma,” she said.

Cancer claimed both their lives.

All of the money raised by 1Voice is dedicated to Tebbi's work in finding a vaccine for childhood leukemia.

The organization is working to open the 1Voice Academy, which will be the first school in the United States for children with cancer.

Childhood leukemia is so rare that it receives four cents of every research dollar.

Congress reintroduced the Research to Accelerate Cures and Equity (RACE) for Children Act in February to bring new therapies to children with cancer.

The proposed legislation addresses the pediatric cancer innovation gap by dramatically increasing pediatric oncologists' access to novel and promising new cancer therapies - with industry funding. It also gives the FDA the authority to require any new cancer drug to be studied in pediatric cancers for which the molecular target of the cancer drug is relevant.

10News has chronicled the struggles of a Tampa Bay family for the community to get tested to become bone marrow donors for their toddler:

Emilie Meza's need for a bone marrow match while fighting acute myeloid leukemia prompted many to get tested.

But a perfect match was never found. So her father, who was half a match, provided her with the bone marrow needed.

The issue with not finding an exact match is complications. The body can reject a bone marrow or make the patient sick.

Aside from the pain and financial burden families and children diagnosed with Leukemia face, they’re also left hopeless when chemotherapy alone doesn't cure it and they need a bone marrow match.

Minority children have less of a chance of finding a match because those communities don't get tested, Tebbi said.

Here's how to register to become a bone marrow donor.

If you want to help the Meza family, you can donate to their GoFundMe page or purchase a gift from their Amazon wishlist.

Questions regarding the Leukemia vaccine research or becoming a bone marrow donor? Here's how to contact reporter Shannon Valladolid: