A proud dad watches his son play football, even after concussions led to Parkinson's

Amid a three-year study of concussions being done in Tampa Bay involving high school athletes, a father says he's comfortable watching his son play football because more is known nowadays than when he was concussed. 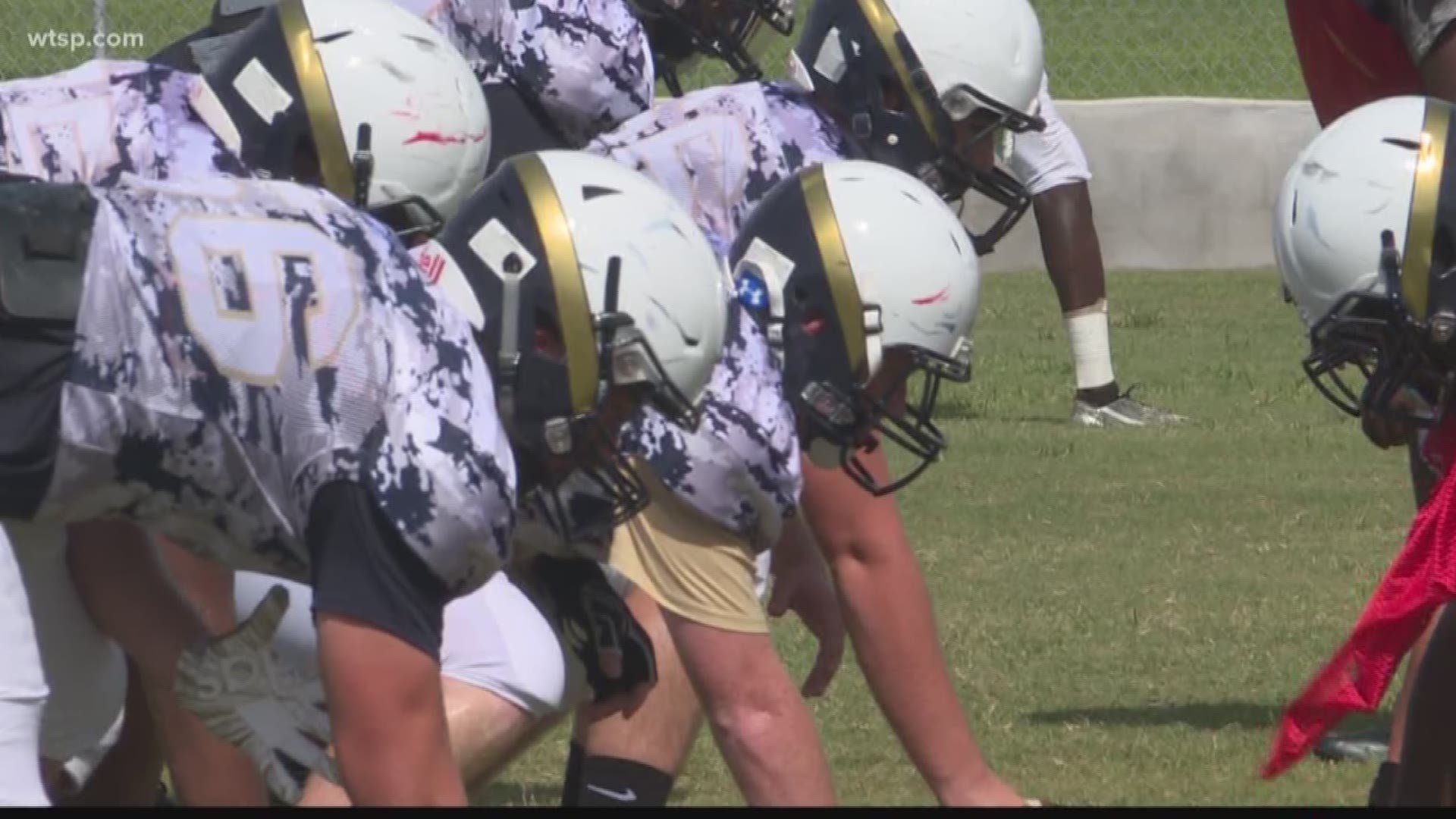 ST. PETERSBURG, Fla. -- Every Friday night all across the country, parents hold their breath as more than a million kids suit up and hit the football field.

Concern over concussions has been growing for years, and it might be a factor in fewer young people playing football. There’s still a lot we don’t know about concussions -- a brain injury, primarily brought on a violent blow to the head -- though we could know more sooner rather than later.

There’s a major study underway in the Tampa Bay area to help us learn more about the injuries, not far from where a proud father watches his son play football despite himself dealing with a disease brought on by so many hits so many years ago.

"To be a football player, I get choked up.… It’s a big deal," said Vincent Wright, who played high school and college football. Wright attributes all the hits he took on the field for giving him early-onset Parkinson’s disease.

This is your brain. 🧠 Experiencing a concussion. Any questions?

OK, this isn't an actual brain, but researchers say this happens when your head gets hit -- hard. #TacklingConcussions pic.twitter.com/Dk7p4HIDrm

Even still, on Friday nights, he can’t wait to watch his son Payton play for the Blue Jackets of Admiral Farragut Academy in St. Petersburg.

"I can’t sleep past 6 a.m. on game day. I have to take almost double my medication by the time the game gets here because my adrenaline is running so high," Wright said. "Somebody may look at me and say, ‘How could you suffer with Parkinson’s, knowing how it happened, and allow him to play football?’

"To me, it’s very simple because 30 years ago, we didn’t know what concussions were all about."

But thanks to Payton and 92 other local high school athletes, new data on hits and concussions are being recorded every time he takes the field.

“We’re learning more and more about concussions every day, and there’s a lot that we don’t know,” said Dr. Patrick Mularoni, Medical Director of the Sports Medicine Division at Johns Hopkins All Children’s Hospital in St. Petersburg.

Mularoni is one of the lead researchers studying the effects of concussive and sub-concussive hits on the brains of high school athletes. The three-year study involves athletes wearing a monitor, which records data on the speed and force of each hit, as well as what direction the hit comes from.

A big initiative is being done right now @AllChildrens to learn more about concussions and how severe they can become.

And there’s still a lot we don’t know!

Data: In the past decade, there's been a downward trend in high school football participation rates

The three-year study also includes athletes playing hockey and women’s soccer, and the data will eventually be published in national medical journals.

“There’s a lot of excitement,” said Jared Middleton, a senior on the Admiral Farragut football team and also a participant in the study. Every game, every practice, he wears his data-recording mouth guard and he loves to dish out hits.

“I’m ready to just let it unload and make somebody else have to wear the mouthpiece, see if we can get some data from them,” he added, with a smile on his face.

But while Middleton jokes about concussions, brain injuries are no laughing matter. Meanwhile, as Middleton’s teammate Payton Wright sees the effect football has had on his father, it’s not going to stop him from playing the game they both love.

Video: Tackling Concussions: In the NFL, number of concussions in one year varies over another 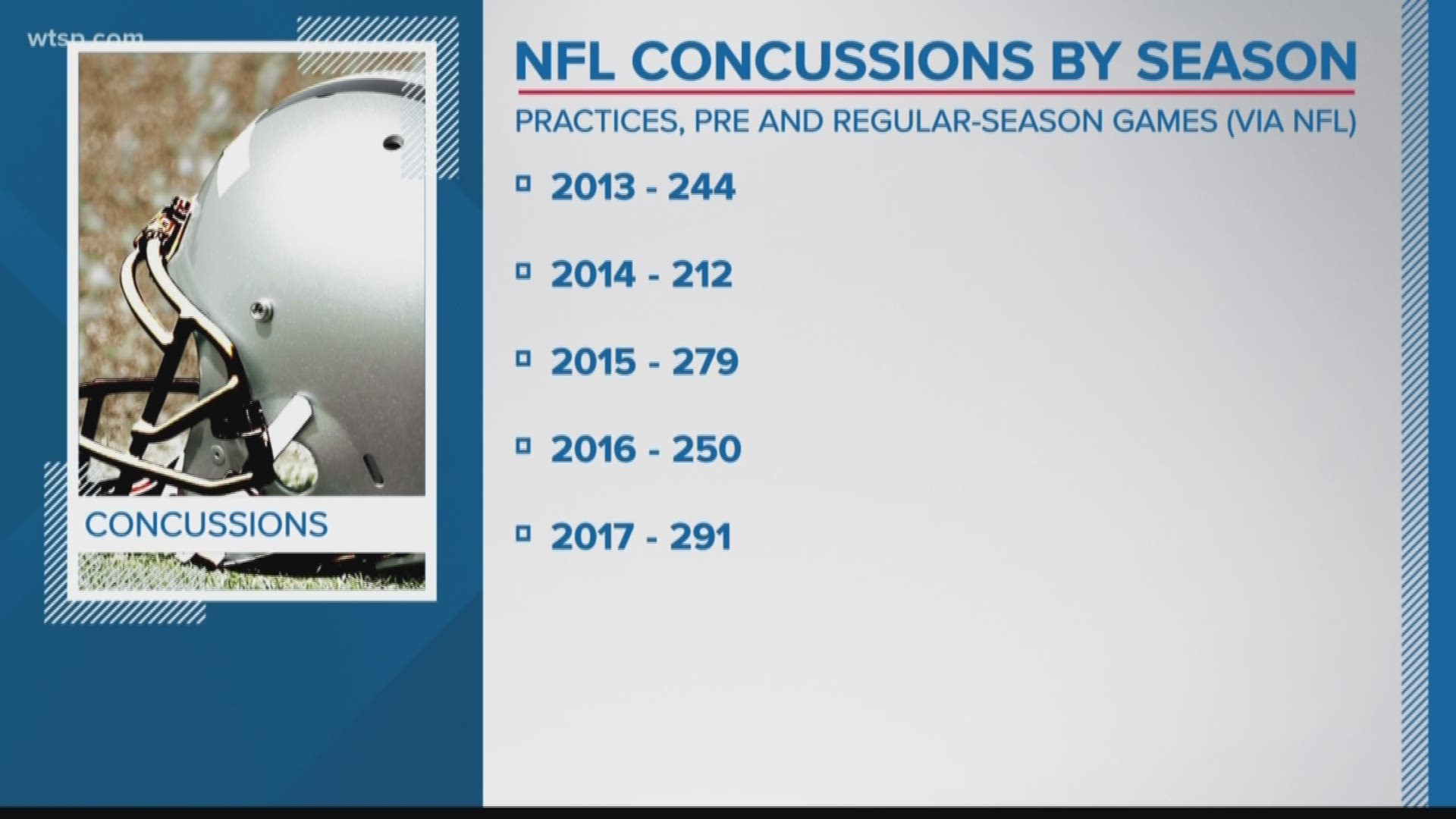