"As more water is used throughout the system, you may notice the water sputtering as air is released from the lines or slight discoloration." 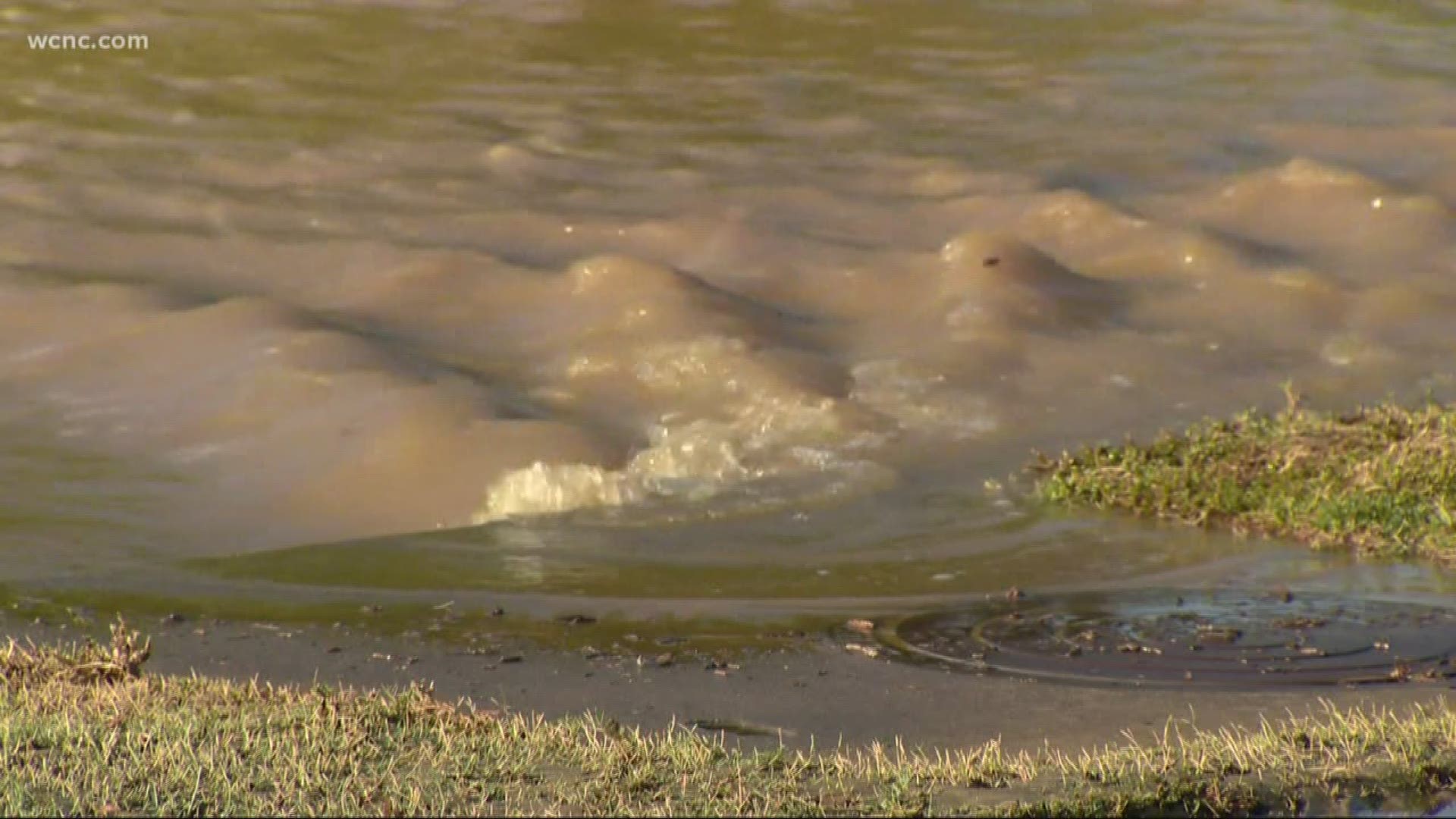 Earlier on Friday, residents in the northern and eastern parts of Rock Hill were told they no longer needed to boil their water. The South Carolina Department of Health and Environmental Control tested the water in those areas. The test results showed the water supply had returned to healthy levels.

The boil advisory was lifted for the remainder of the area around 3:30 p.m.

"As more water is used throughout the system, you may notice the water sputtering as air is released from the lines or slight discoloration. Follow these tips from Centers for Disease Control and Prevention on what to do after a drinking water advisory," city officials said.

A boil water advisory was in effect since a large water main break Wednesday.

"Due to a 24-inch water main break at the Rock Hill water filter plant on Cherry Road, we ask York County and municipal water customers to reduce water use as much as possible while crews work to isolate the problem," the City of Rock Hill posted on Facebook.

City officials said the plant had to be shut down to repair the 20-inch cast-iron pipe. The broken 20” pipe was repaired at about 1 a.m. Thursday morning, with the water plant coming fully online by 3 a.m.

"Customers should start seeing water service restored, although will experience very low water pressure at first. Throughout the day, as more water is produced to fill the distribution system, pressure will increase," the City of Rock Hill said.

"We’ll pull samples from across the water service area to monitor water quality. The boil water advisory will be lifted once chlorine levels are stable," the city added.

"This is the first time this has happened in the city of Rock Hill’s history,” said Mayor John Gettys.

City officials said the city lost about 30 million gallons of water on Wednesday, which cost about $40,000 in lost revenue.

Gettys said the pipe that broke had been underground since 1949.

"This pipe is scheduled to be out of service 18 months from now," said Gettys.

Gettys said the city has been investing in programs to improve infrastructure for the past two decades. City officials said, unfortunately, the pipe didn’t get replaced as fast as the capital improvement money came in.

Gettys stressed the importance of investing money from utility bills in new infrastructure.

"This is a real-world example of why it’s so important we pay to get that infrastructure underground and above ground wherever it is in our system, so things like this don’t happen," Gettys said.

"These interruptions in service will impact the use of restroom facilities and potable drinking water," Fort Mill Schools announced. "York County Emergency Management has recommended that we close school facilities."

Clinton College later announced its campus will be closed for Thursday and Friday.

"Students who cannot leave campus should check with residence hall directors for more information. Mid-term exams for Thurs. and Fri. will be rescheduled," the college said.

Those schools will have an e-learning day to make up for the missed day on February 17.

Immediately after the incident, the boil water advisory was issued for Rock Hill, City of York, Tega Cay, Fort Mill, York County, and the Catawba Indian Nation. The Town of Clover had informed its residents that they were not affected.

How to Purify Bacteria Contaminated Water by Boiling:

Officials recommend empty ice trays or any appliances that may store water.

If you have questions about the water main break and how it affects you, York County has set up a hotline where you can get some answers.

"City crews have been working diligently since this (Wednesday) afternoon to make repairs as safely and efficiently as possible. We thank our customers county-wide for your patience as we work to return to normal operations," the City of Rock Hill said.

Because of the water main break, area businesses and families were scrambling to find fresh water.

"I only got three six-packs because there's no need to go out and get 30 cases like a lot of people do," said Mark Beckowitz.

Other shoppers weren’t so lucky.

"That's what I'm doing out here right now trying to find water so we can brush our teeth, so we can cook. I even started cooking and I can't even finish my meal," said Ashley Douglas.

Students at Winthrop may have received an early start to fall break, but those still on campus had to worry about other issues.

"They've closed down all the bathrooms; you can’t use them even if they're in your room. You can't go; there's signs everywhere," said Anna Sharpe.