It can happen to men, too: Former Bucs player is a breast cancer survivor 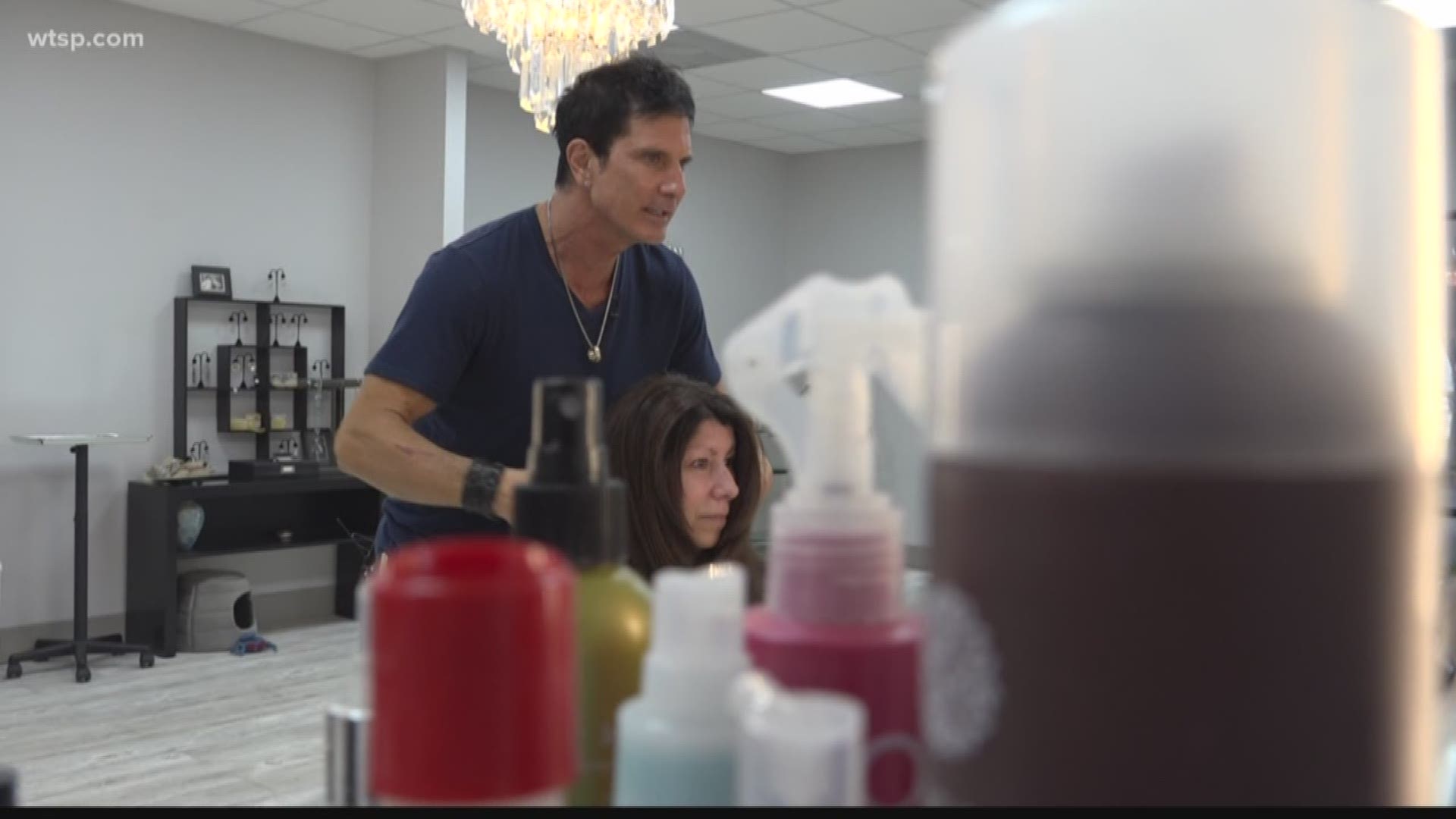 TAMPA, Fla — Paul Dombroski is all about busting perceptions.

He’s spent more than two decades styling hair at a salon he and his wife own. You wouldn’t know it, but he got a late start.

“I actually went to hair school when I was 38,” he said. “Of course I was the oldest one in the class.”

But before hair, Dombroski spent six years playing professional football, including one season with the Tampa Bay Buccaneers in 1985.

It was in 2013 when Dombroski made the discovery he never expected as a man: He had breast cancer.

“I knew I was susceptible to cancer,” Dombroski said, whose father died from pancreatic cancer and mother survived breast cancer. “But as a man I’m thinking prostate, I’m thinking I have a family history. Breast cancer, not so much.”

Dombroski was sitting on his couch when he began to yawn and ran his hand down his chest. He felt a lump. Doctors would later confirm it was invasive ductal carcinoma.

Had his mother not been a breast cancer survivor, Dombroski admits he likely would’ve ignored it.

“Of course the mortality rate is much higher [in men] because it’s caught later,” Dombroski said. “Guys are thinking, ‘it’s just a fatty lump or something.’”

While breast cancer is most prevalent in women, men can develop it, too, in the small amount of breast tissue beneath the nipples.

The American Cancer Society estimates roughly 2,600 new cases of breast cancer in men will be diagnosed this year.  A man’s lifetime risk of breast cancer is about 1 in 883, an increased change from 1 in 1,000 just a few years ago, according to the National Breast Cancer Foundation. Men have lower survival rates than women, partly because they aren’t looking for it.

That’s why Dombroski spends much of his spare time working with AdventHealth to raise funds for its Carrollwood breast cancer wellness center and encouraging men to get screened and find support through groups like the Male Breast Cancer Coalition.

"Maybe ears might open up a little more because I played in the NFL, I was in a locker room my whole life,” he said of trying to change the perception among men. “I think breaking some of those barriers down we can open the conversation which will bring more men into the idea that, 'Bro, it's okay.'"

Dombroski also hopes more men will start doing genetic testing to determine if he carries BRCA1 or BRCA2 mutations, which are known as the "Breast Cancer Gene" and can passed down to children.