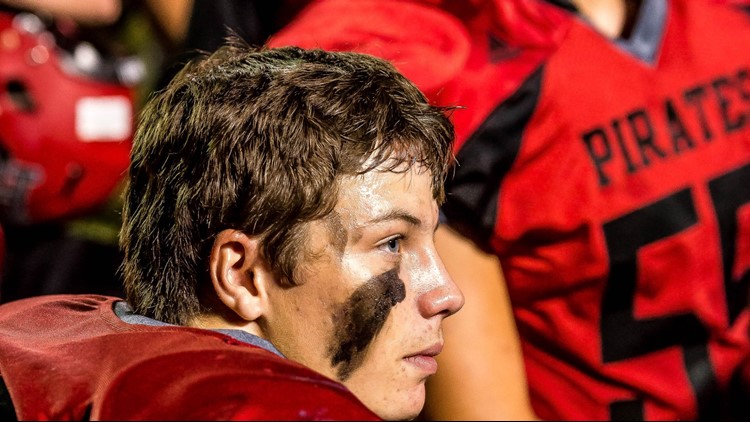 ST. PETERSBURG, Fla. -- It wasn’t long ago this headline captured everyone’s attention, for tragic reasons: A Georgia high school linebacker died two days after he was injured during a football game.

Dylan Thomas’ brain had swelling from a head injury, said the coroner, and he died because of cardiac arrest.

Although the Centers for Disease Control and Prevention finds people who experience mild concussions can recover in a few hours, the more severe injuries might result in more recovery time or even death.

The concern over concussions has been growing for years and all throughout, there’s still much that isn't known.

Researchers at John Hopkins All Children’s Hospital in St. Petersburg are at the forefront of research, studying the effects of concussive and sub-concussive hits on the brains of high school athletes.

10News’ Phil Buck and Sean Streicher dove into the trenches of this cutting-edge research, plus traveled to Orlando to see how young people undergo treatment for concussion-related injuries.

Look for their reports on 10News starting Thursday, Oct. 25.

Until then, the team has compiled some of its more interesting concussion-related facts and statistics:

• How do you measure a concussion? A three-year study uses a monitor – like one embedded in a mouthguard – to measure speed, force and direction of hit. -- Source: John Hopkins All Children’s Hospital

• When do you see a doctor after a head injury? ASAP! Even if emergency care isn’t required. -- Source: Mayo Clinic

• Want to see what a concussion looks like? University of California researchers smacked a skull containing a brain-like substance, and the result wasn’t pretty.

• “The real risk is in that high school age group, they’re the ones that tend to suffer the most.” - Dr. Patrick Mularoni, M.D. -- Source: Sports Medicine Division at John Hopkins All Children's Hospital

• What do you do after a concussion? Stop playing, get evaluated, take it easy, monitor symptoms and keep a positive attitude. -- Source: Concussion Legacy Foundation

• Sports are second only to motor vehicle crashes as the leading cause of traumatic brain injury among people aged 15-24 years old. -- Source: Journal of Athletic Training

• More than 5 percent of high school athletes are concussed each year while participating in collision sports. -- Source: Clinical Medicine & Research

• “The more concussions that a child has been shown to have, they would be at more risk for receiving another one from lower and lower contact thresholds.” -- Source: Dr. Ted Farrar, primary care sports medicine fellowship director at Morton Plant Mease USF Primary Care Fellowship

• If a child has had more than three concussions, they are eight to nine times more likely to have a complicated return and increase sensitivity to receiving a concussion. The more concussions a child is shown to have, they are at a higher risk of receiving another from a lower impact. -- Source: Dr. Farrar

• Neuroplasticity: The brain's "amazing" capacity to change by forming new neural connections. This is key when it comes to rehabilitation, in which doctors try to "re-wire" the brain. -- Source: BrainLine

• A diet high in certain vitamins and minerals can help your brain recover from a traumatic brain injury. -- Source: Researchers Fernando Gomez-Pinilla and Kristina Kostenkova