10Investigates has learned five residents at the facility passed away in April. 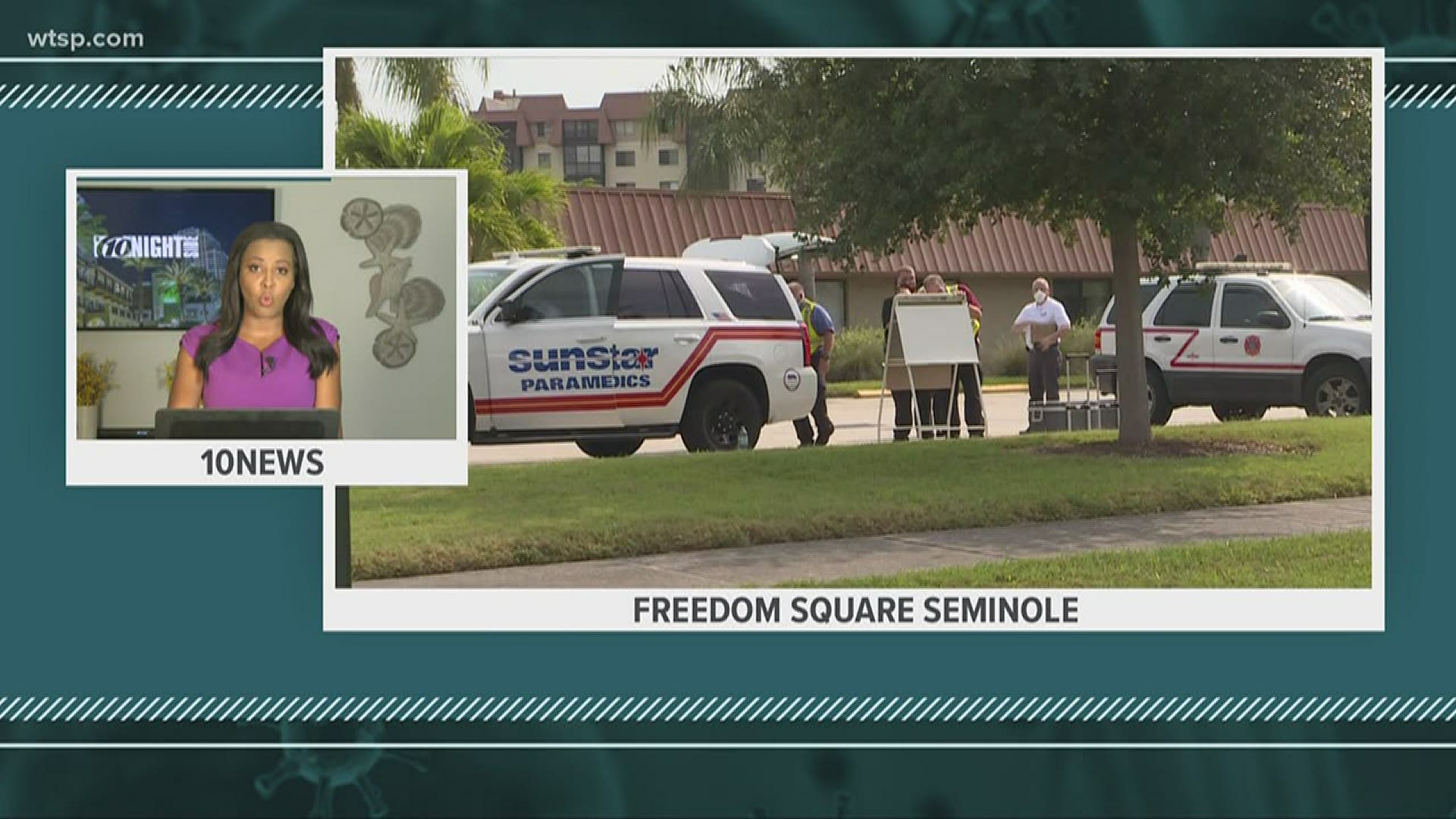 Freedom Square is sharing the facility's latest update when it comes to its COVID-19 outbreak. At this time, it is reporting a total of 9 coronavirus deaths and 11 residents who have tested positive.

The National Guard was on site today to assist the facility in containing the virus.

"We are appreciative of their support and this additional resource," Freedom Square wrote in a release.

As for employees, the facility shared that 35 individuals have tested positive, while 179 tests are pending.

Freedom Square has provided the latest update on the facilities coronavirus outbreak, sharing nine of those in the rehabilitation and health center have tested positive, while 37 have tested negative.

The facility confirmed to 10Investigates two more individuals who tested positive for COVID-19 have died, bringing the total to deaths to seven.

"We’re deeply saddened by these losses, and our thoughts and prayers are with their families and loved ones," Freedom Square said wrote in an email. "As always, our residents and staff are our No. 1 priority, and we’re continuing to do everything we can to ensure their safety during this challenging time."

As of today, the facility says it has tested 435 people. Of those tests 35 have come back positive, 154 negative and results are pending on 246 tests.

The facility also confirmed the National Guard will arrive on Friday at assist with testing and COVID-19 cases.

Update (April 22): The Pinellas County Medical Examiners Office has confirmed to 10Investigates that the total COVID-19 related deaths have climbed to five residents.

The most recent passing was a 96-year-old on Tuesday. The medical examiners office said none of the reported deaths occurred at the facility.

Update (April 18): Three more residents have tested positive for coronavirus at a Seminole nursing home that began evacuations on Friday.

Yesterday, Freedom Square Nursing Home confirmed a total of three residents had died, and 36 were positive for COVID-19 after the outbreak at the facility worsened in the past 10 days. On Saturday, the nursing home confirmed the three additional positive cases. Another two more people are awaiting test results.

The facility said it has identified and called 237 employees and made COVID-19 testing available to them. So far, 91 workers have been tested. Thirteen of them were positive for COVID-10.

In all, 95 patients have been relocated from the site. They have all been tested. The majority, 53 of them, were negative.

Freedom Square Nursing Home in Seminole started evacuations on Friday, April 17 after three people living at the facility died from the coronavirus.

According to the nursing home, 95 residents were evacuated from the facility so the buildings could be cleaned and decontaminated. Of those individuals, 36 had tested positive and six tests are pending. The remaining residents who tested negative went to Bayfront Health in St. Petersburg.

10Investigate's team was the first to report, earlier this week, about a number of residents who were “symptomatic or had tested positive for COVID-19" and had been transported to local hospitals from the facility.

Family members of residents in that nursing home are worried about the well-being of their loved ones. One of those family members hadn’t spoken to her mom in a week when she reached out to 10Investigates.

Her mother, Jane Cox is 94-years-old and was in the care of Freedom Square Nursing Home.

The Pinellas County Medical Examiner's Office confirmed to 10Investigates that three residents in a Seminole nursing home have died from COVID-19.

Kistel had not heard from her mother in a week when she reached out to Titus on social media and the only correspondence, she says she had gotten from the facility were two emails that came in on Thursday alerting her of an outbreak.

10Investigates had to alert her about the evacuations on April 17.

10 Investigates was able to get Kistel in touch with someone from the nursing home who let her know where her mother is being relocated to.

10Investigates has been working around the clock to get the names of all senior care facilities with positive cases from multiple state agencies and asking for Governor DeSantis' help. We'll let you know when we get a response.