They're asking for better protections amid coronavirus pandemic. 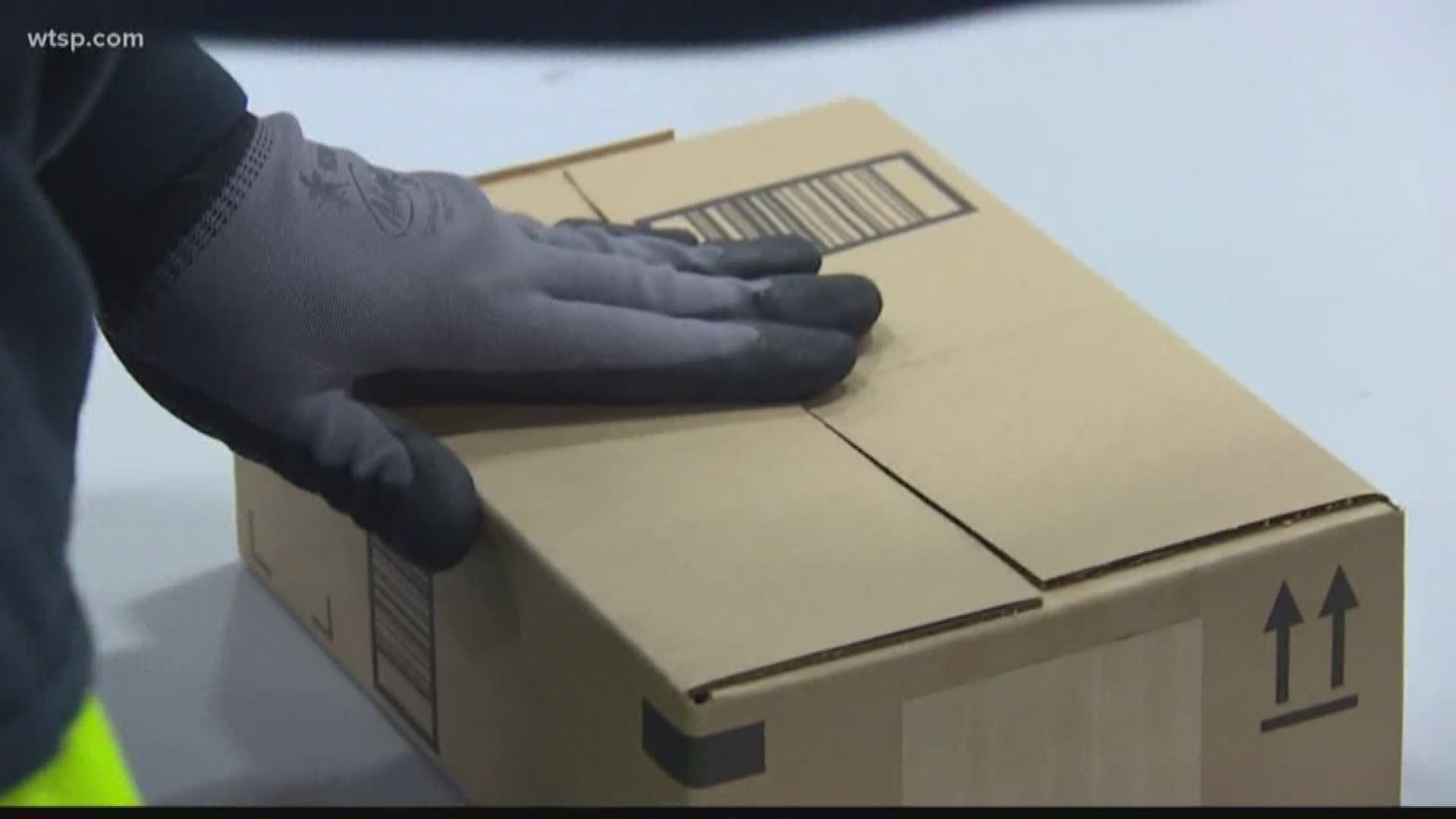 RUSKIN, Fla — After an Amazon worker in the Ruskin facility tested positive for COVID-19 coronavirus, other employees concerned about exposure and working conditions echo growing anxieties Amazon workers have across the nation.

Although Amazon said in an email it had alerted employees about the worker who tested positive for COVID-19, some workers at the Ruskin facility said the company did not send a notification.

One worker who did not want to be identified for fear of losing her job said she's now worried about exposure, especially since she's a caretaker for her boyfriend's grandmother.

An Amazon spokesperson said the company will alert any person who had contact with the ill worker and will ask them to self-quarantine for 14 days. They will be paid for their time away from work.

Other workers have tested positive for the virus in other facilities across the country, leading lawmakers to press CEO Jeff Bezos for better policies to care for workers. U.S. Sen. Bernie Sanders and U.S. Rep. Ilhan Omar co-authored a letter to Bezos, asking for more details about steps Amazon is taking to protect workers during the pandemic as more consumers rely on delivery services during stay-at-home orders.

The letter referenced a petition that more than 1,500 workers signed asking for hazard pay and increased protections from COVID-19.

The letter states, in part:

“…we are growing more concerned that Amazon does not possess an adequate internal pandemic preparedness and response plan. Recent statements made by Amazon do not include sufficient detail, and use vague terms such as “often” and “increasing,” instead of providing specific data.

"We ask that you intensify your efforts to protect the health and safety of your warehouse workers. No employee, especially those who work for one of the wealthiest corporations in the world, should be forced to work in unsafe conditions."

Amazon also said it is increasing the frequency of cleaning, and all sites will have regular sanitation of door handles, stairway handrails, elevator buttons, lockers, touch screens and more.

In addition to receiving two weeks of paid time off if a worker contracts COVID-19, Amazon said hourly workers have unlimited unpaid time off in April.

The company did not say how many employees were in contact with the ill worker or how this would impact operations. It did say based on CDC, the World Health Organization and the Surgeon General,  there has been no evidence that the virus spreads through packaging.

RELATED: How to get paid sick leave or paid time off to stay home with your kids for two weeks