The Florida Department of Health says a coding error led to an abnormally high positive rate, showing one-third of children tested for COVID-19 were positive. 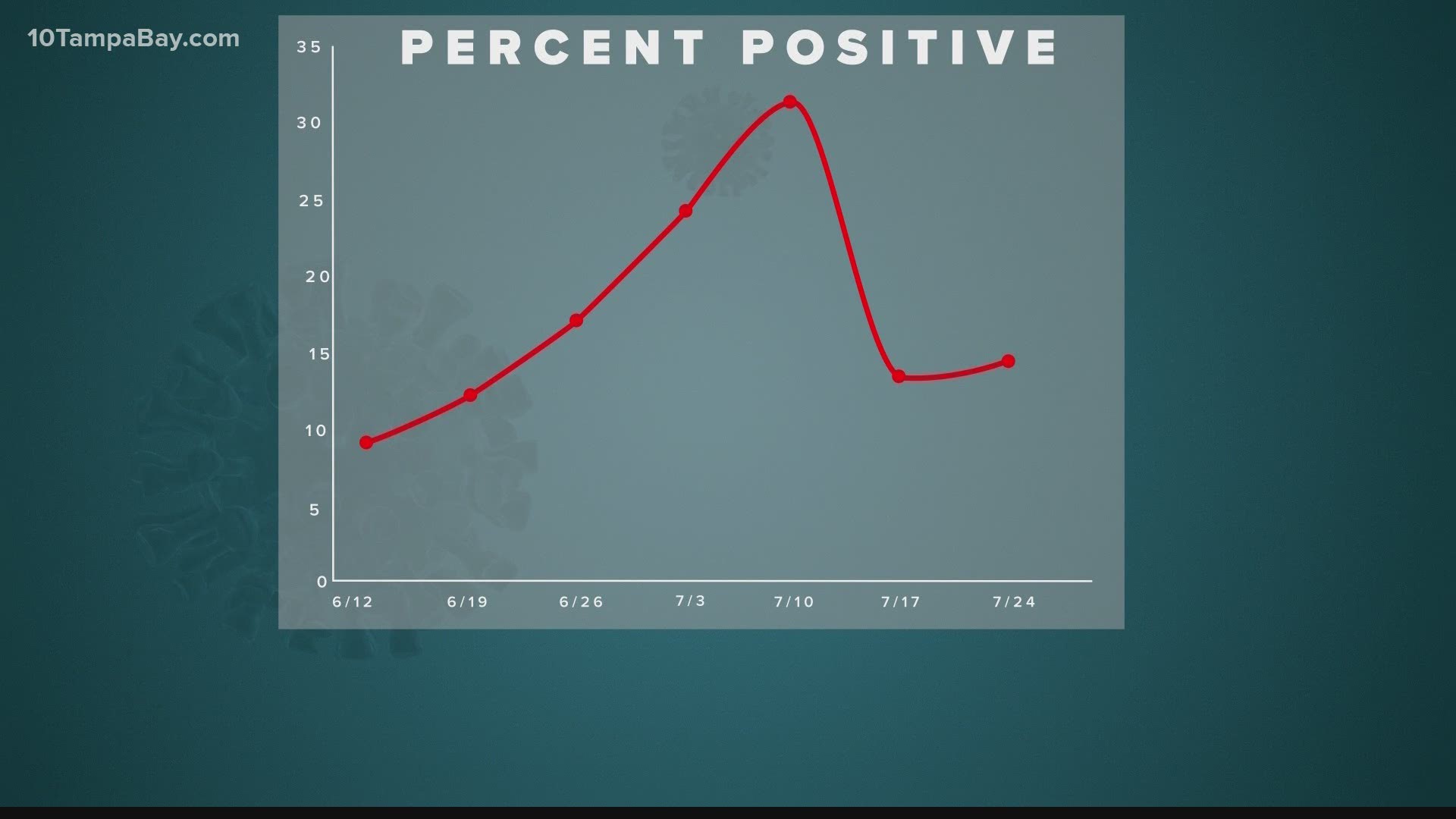 Data reported by the Florida Department of Health the week of July 10 showed approximately 31 percent, or one-third, of children in Florida tested for COVID-19 were testing positive. But the report posted the following week to the state health department’s website then inexplicably showed the percent positive rate among children dropped to 13 percent.

The health department confirmed Tuesday the percent positive rate for pediatric COVID-19 infections the week of July 10 was actually 12.2 percent.

RELATED: How well do some Tampa Bay area schools reopening plans line up with CDC guidelines?

As first reported by the Sun-Sentinel and confirmed by 10 Tampa Bay, the department is blaming the alarmingly high rate reported July 10 on a “computer programming error.”

“It was a computer programming error specifically linked to the production of the pediatric data report,” a health department spokesperson said in an email. “As a result, a subset of negative pediatric test results were unintentionally excluded from the pediatric report.”

The coding error leading to the exclusion of negative test results has since been corrected, according to the department, and the current pediatric report available online reflects the most up-to-date data available.

“The department remains committed to ensuring that up-to-date data is provided publicly in the most expeditious manner possible,” said the spokesperson.

The apparent sudden drop in the rate of children testing positive reported the week of July 17 coincided with a substantial increase in testing, from approximately 54,000 to more than 173,500.

People in Florida aged 19 and younger account for roughly 12 percent of total COVID-19 cases, according to state data in a dashboard created by University of South Florida epidemiologist Jason Salemi.  The same group accounts for just under 2 percent of hospitalizations and five deaths.

RELATED: Florida's recent record day for COVID-19 might not have been quite that high

“This is a bad time to make a mistake like that when we’re concerned about going back to school, when there’s a lot of talk about trusting the data, and an awful lot of talk of conspiracy theories,” Wolfson said.

Not letting it happen in the first place is what the health department should be focused on, says Wolfson, by implementing a mechanism in the system, if there isn't one already, to flag anomalies in data.

“Let’s get it right and not wait for somebody to ask the question.”

When asked if the department has a mechanism in place to detect abnormalities in data before it's made public, a spokesperson on Tuesday said the department utilizes "several processes both before and after data is first reported," but didn't detail those processes.

"The department corrects the data as soon as possible in the event of an abnormality," the spokesperson added.

The state has faced questions prior to this error over transparency and the accuracy of the data being reported.

Following pressure from news organizations including 10 Tampa Bay, the state finally agreed in May to release the number of deaths at individual nursing homes.

That same month, the state fired the manager of its widely-lauded COVID-19 online dashboard, who claims she was pushed out for refusing to falsify data. She’s since filed a whistleblower complaint with the state.

“I think the state is overwhelmed, the department of health has been underfunded for years," Wolfson said. "They’re trying to catch up but it’s going to require some time, some resources and I’m not sure there’s going to be enough patience among the people of Florida and the Legislature.”