As $600 federal unemployment set to end, some Floridians waiting on delayed payments

With the federal program set to expire July 25, many unemployed Floridians say they are still owed thousands of dollars in missing federal payments. 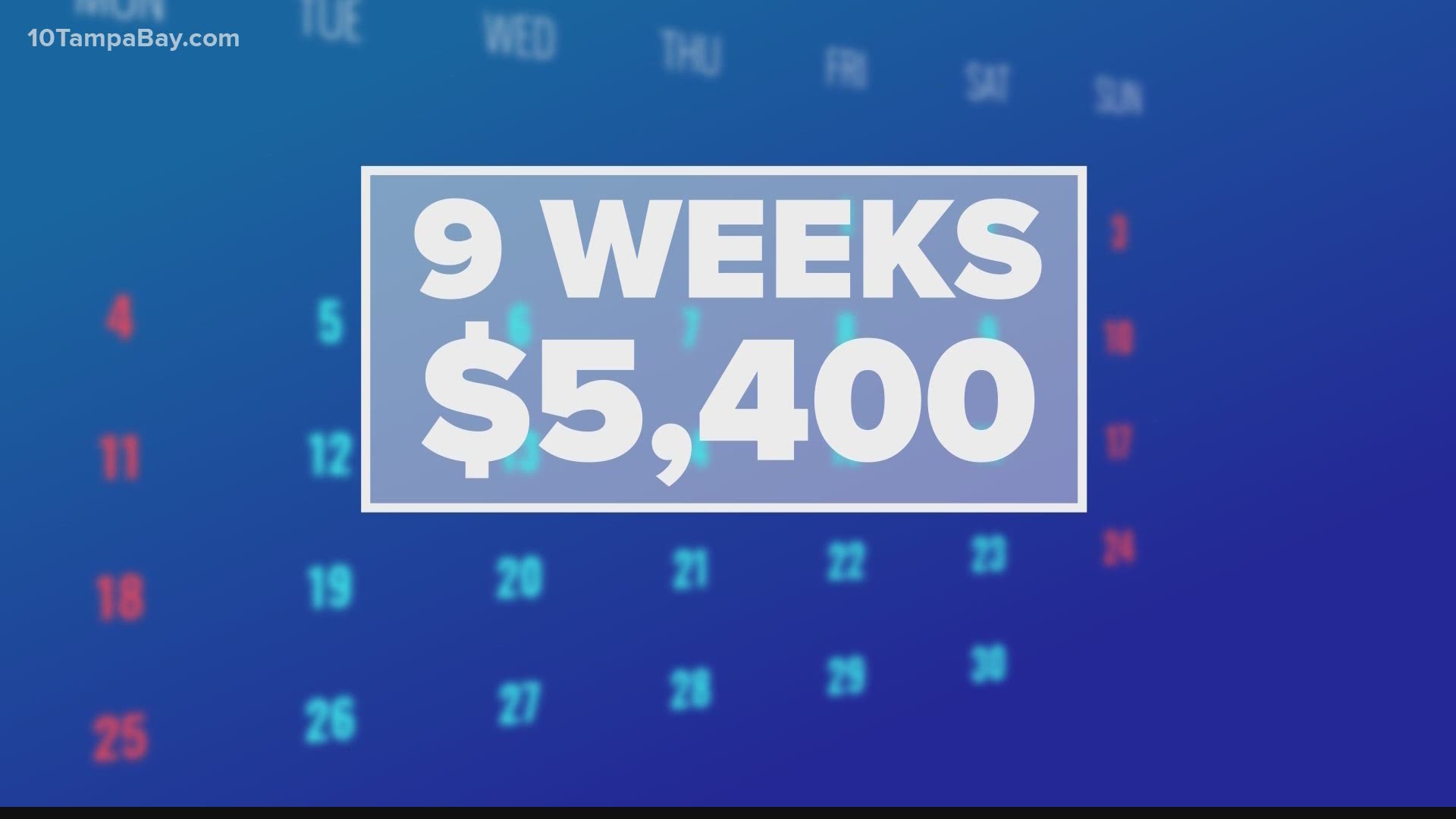 This is the final week claims can be made for the weekly supplemental payment before the Federal Pandemic Unemployment Compensation program expires July 25 unless Congress acts.

RELATED: $600 unemployment benefit to end this week, could have major impact on Florida

Ty George, who has been laid off from his customer service job since April, says his federal payments stopped on May 19.

“There’s a lot of life changes I’ve gone through, from having to move, to just trying to scrounge to get by,” he said. “I’m pretty much just living off bare minimum in my account.”

The Tampa man, who says he spends hours on the phone multiple days a week trying to get through to the Florida Department of Economic Opportunity customer service for an update, estimates he’s owed $5,400 for nine claimed weeks of unemployment.

“It’s frustrating,” he said. “I don’t know if I’m going to make tomorrow’s bills or not.”

For some reason, a hold was placed on his account, but George says it remains unclear why or when it will be resolved.

“You just have to keep waiting,’” George says he’s inevitably always told once he gets through to someone.

With the federal program coming to an end, George just wants to be paid what he’s due.

“I mean, the extension would be nice,” he said. “But at this point, I’m just looking to get what I’m owed.”

State Sen. Jason Pizzo, D-Miami, says he and his colleague state Rep. Anna Eskamani, D-Orlando, have compiled a list of more than 8,500 unemployed Floridians who say their federal payments suddenly stopped without warning in May.

New names are constantly being added, according to Pizzo, but what’s causing the issue appears to vary widely.

“Right now we’re at the point where each and every single email I get, Facebook message, Instagram message, tweet has to do with a case-by-case basis,” Pizzo said. “But the numbers are still large.”

RELATED: As Florida sees unemployment claims double, there's uncertainty over whether there will be another stimulus bill

In June, the abrupt stop to payments for many people was blamed on widely-reported “technology concerns” that were being corrected after the DEO didn’t submit information to the federal government for individuals who requested their claims be backdated.

Still haven’t received all the FPUC from the first stimulus act - missing $4,000

Asked why Federal Pandemic Unemployment Compensation payments still haven’t resumed for some, a spokesperson for the DEO told 10 Tampa Bay most people experiencing problems at this point “have a unique issue.”

But the DEO continues to promise that any and all claims filed before the July 25 deadline will be paid.

It remains unclear if Congress will pass a new stimulus package by the end of July to extend the federal unemployment payments.