As businesses in Ybor reopen, be mindful of the chickens

Pedestrians should expect to see chickens in certain areas of Ybor City as business and traffic picks back up. 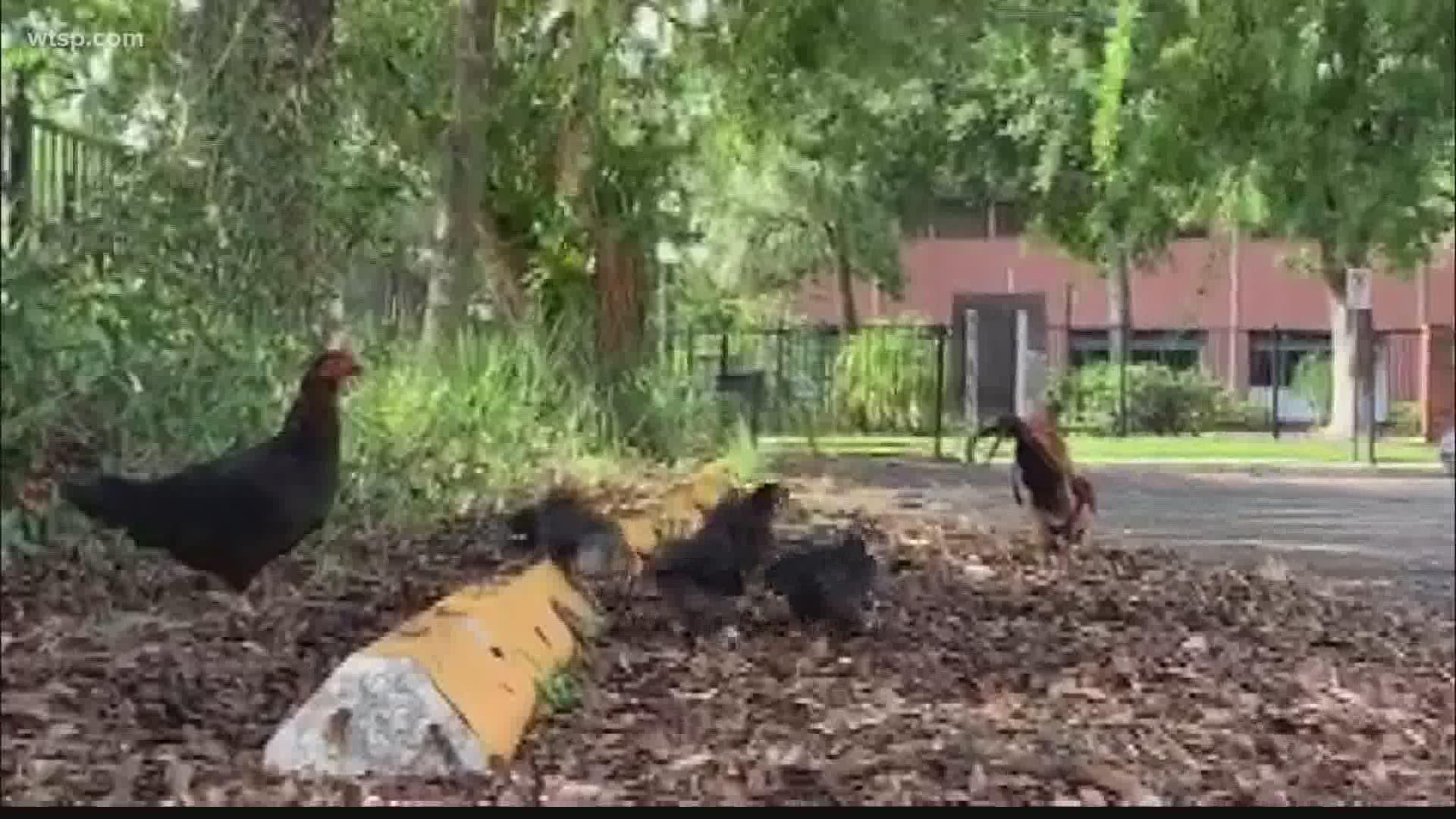 With a capacity limit for indoor dining, but no limits on outdoor dining space other than maintaining social distancing, Tampa Mayor Jane Castor launched the "Lift Up Local" project that allows restaurants and retail businesses to expand their outdoor capacity into designated public rights of way or to use privately owned sidewalks or parking facilities for restaurant seating and retail merchandise.

Parts of Seventh Avenue were closed to car traffic in May to be used for extra outdoor seating.

If you find yourself out and about in Ybor City, it's suggested that pedestrians avoid:

Trying to chase, approach or touch the animals.

Feeding the animals anything during your dine out or time spent in Ybor City.

Its actually against the law to do what is called drop offs, where people purchase chickens for home coops, realize they take work to maintain, and leave the birds in Ybor, domestic and feral birds shouldn't intermix.

"We did see an uptick in people abandoning their chickens in Ybor during the lock down. There's a state law against abandonment of chickens , I guess some people thought less eyes means they could get away with it," said Breese.

The reason pedestrians are encouraged to avoid feeding the animals when dining is so the birds don't get sick.

"We don't want people to get in the habit of wanting to feed the chickens, because they are creatures of habit and over time they will become dependent on people feeding them scraps from dinner and expect that from anyone," said Breese.

According to the Ybor City Development Corporation, the wild chicken population seen throughout Ybor City are direct descendants of the chickens that lived in the backyards of the neighborhoods earliest residents more than 100 years ago.

To find out more about the history of the iconic Ybor City Chickens you can click here.

To volunteer and support the efforts of the Ybor City Chicken Society you can click here.