The secretary of Florida’s DBPR was in the Bay area Monday, listening to cries from local craft breweries struggling to stay alive. 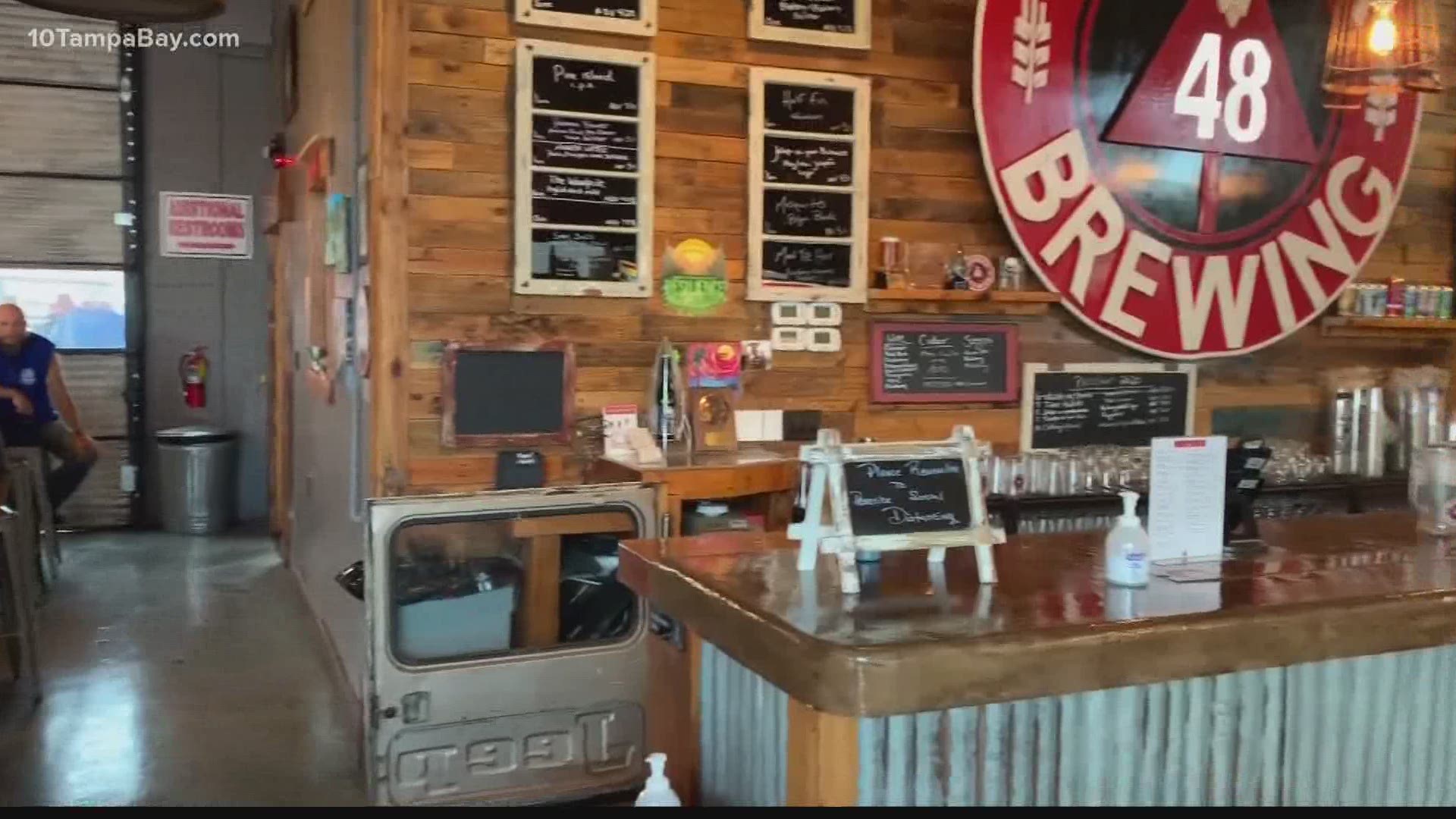 ST. PETERSBURG, Fla. — The owner of Pinellas County’s Big Storm Brewing is among those calling on the governor to allow the state’s bar and breweries to reopen.

“I don’t understand why we can’t be trusted, breweries and bars, to keep customers safe the same way a restaurant can,” said LJ Govoni.  “Is that hamburger really going to keep you safe?  I don’t think so.  We sit here scratching our heads, where is the fair consistent application of practice.”

Video of packed bars with little social distancing outraged some.  But owners like Govoni say breweries operate under a completely different business model.

“Someone who goes and looks at a dive bar or college bar and it’s elbow to elbow until 2:00 in the morning… that’s simply not our customer, that’s not our crowd.”

Last month the Florida Brewers Guild sent a letter to Tallahassee warning the governor if the shutdown continued until August, as many as 100 breweries could permanently close statewide.

Monday afternoon we caught up with DBPR secretary Halsey Beshears as he left a meeting with local brewery owners in St. Pete.   He declined to answer any questions but said the meeting went well.

“You’ve got an industry that a lot of people invested millions and that’s possibly going to go under if this goes on longer,” said State Rep Wengay Newton who was also at the meeting and believes progress can be made to get breweries open.

“They are committed. They’re committed to self-policing, and they’re doing a lot of things already,” said Rep. Newton.

But industry insiders say it may be too little too late for some businesses and the state should have done more to listen weeks ago.

“Understanding our business model didn’t take a state wide tour to do so,” said Govoni.  “I think it’s probably only after mounting pressure from the consumer and us as an industry that they’ve decided to do this.”