Study: 1/3 of Black Americans hesitant to get COVID-19 vaccine. Here's why 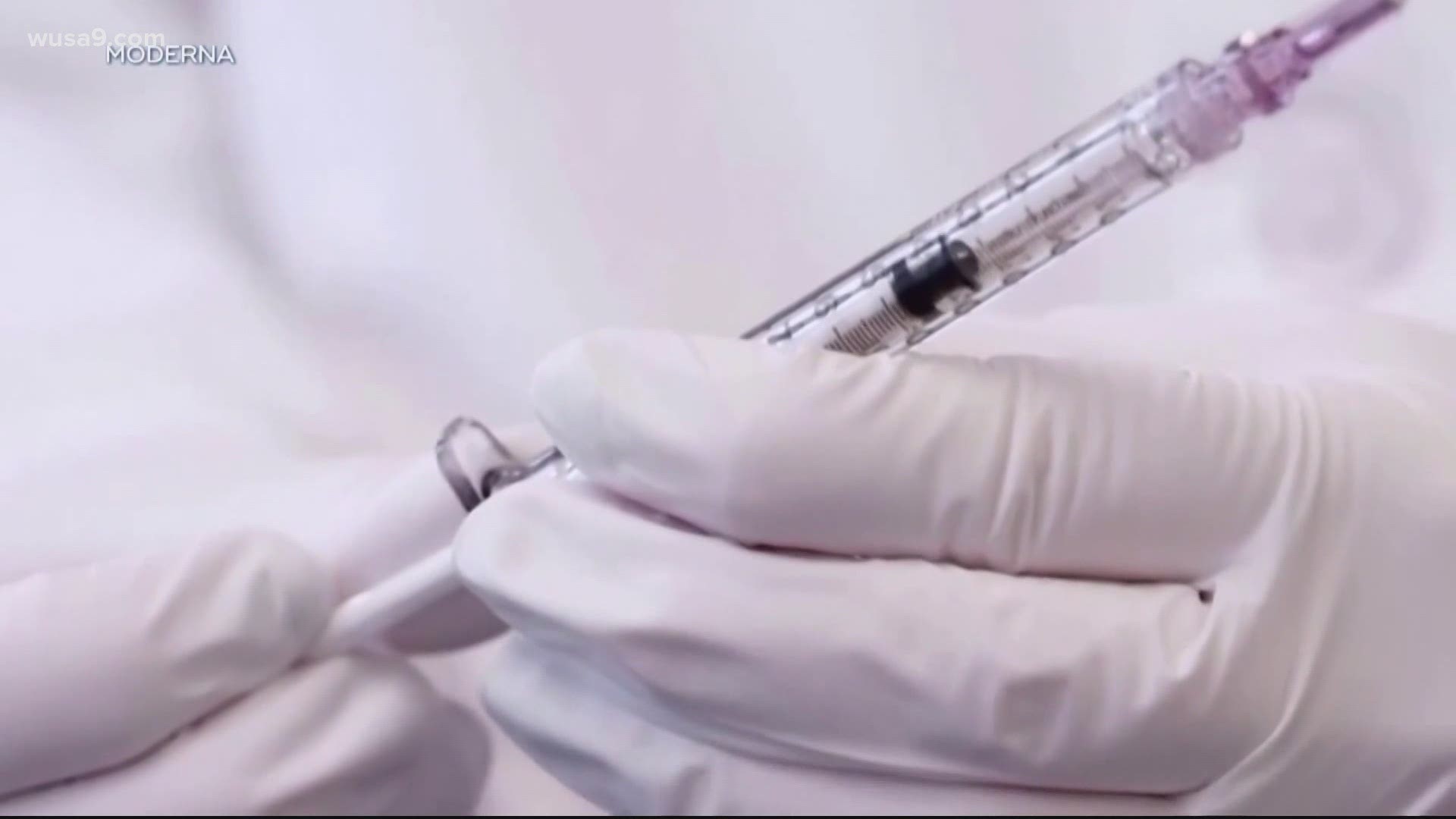 Despite the statistics, many Black Americans said they are hesitant to get the COVID-19 vaccine.

On Dec. 15 the Kaiser Family Foundation (KFF) published a study that found 35% of Black adults would probably or definitely not get vaccinated even if it was determined to be safe by scientists and available for free.

“Well I think one of the things you see with hesitancy and using the vaccine is it's based on a history of disparities and unfair treatment here in the U.S.,” Montgomery County Councilmember Will Jawando said. “Whether you go back to Black Americans and the Tuskegee experiment where you literally had people for a long period of time had over 400 individuals receiving what they thought was a cure to syphilis and meanwhile, they were being experimented on. And you don't have to go too far back for that.”

Despite a lack of trust to get the COVID-19 vaccine, the KFF study found Black adults are more likely to get the vaccine than they were in September.

“Looking across racial and ethnic groups, there has been an increase in vaccine willingness among Black, Hispanic, and White adults alike. The change is perhaps most dramatic among Black adults, among whom willingness to get vaccinated increased from 50% in September to 62% in December. While Black adults were about evenly split in September on whether or not they would get a COVID-19 vaccine that was free and determined to be safe by scientists, they are now almost twice as likely to say they would get vaccinated as to say they would not (62% vs. 35%),” the KFF study read.

A PEW research study published Dec. 3 found Black Americans are less inclined to get vaccinated than other racial and ethnic groups. 42% of Black adults said they would get the vaccine, compared to 61% of white adults.

These groups most likely to be hesitant about getting #CovidVaccine

“I think our job is just to get the information out there, model the good behavior, and then hopefully as the efficacy is proven more people will become more comfortable over time,” Jawando said.

Jawando said he would get the vaccine whenever it is made available to him.

“I think all we can do is just continually show that the peer review of science and the data that has gone through multiple processes in the FDA and NIH and around the world with many many African Americans, thousands, tens of thousands, who have taken part in these clinical trials,” Jawando said.

Jawando said he understands the hesitation some people have about getting the vaccine.

He also said the conversation of whether to get vaccinated, and the hesitancy behind it, is one he has had within his own family.

“My mother in law who is a frontline worker, she's a hospital chaplain and works in and out of hospitals every day in New York, she was hesitant to take it. And we had to talk to her on one of these zoom calls that we were all having over Christmas and kind of convinced her to take it,” Jawando said.

He said despite the hesitation, it’s critical people get vaccinated.

RELATED: Here's how vaccine distribution is going in the DMV 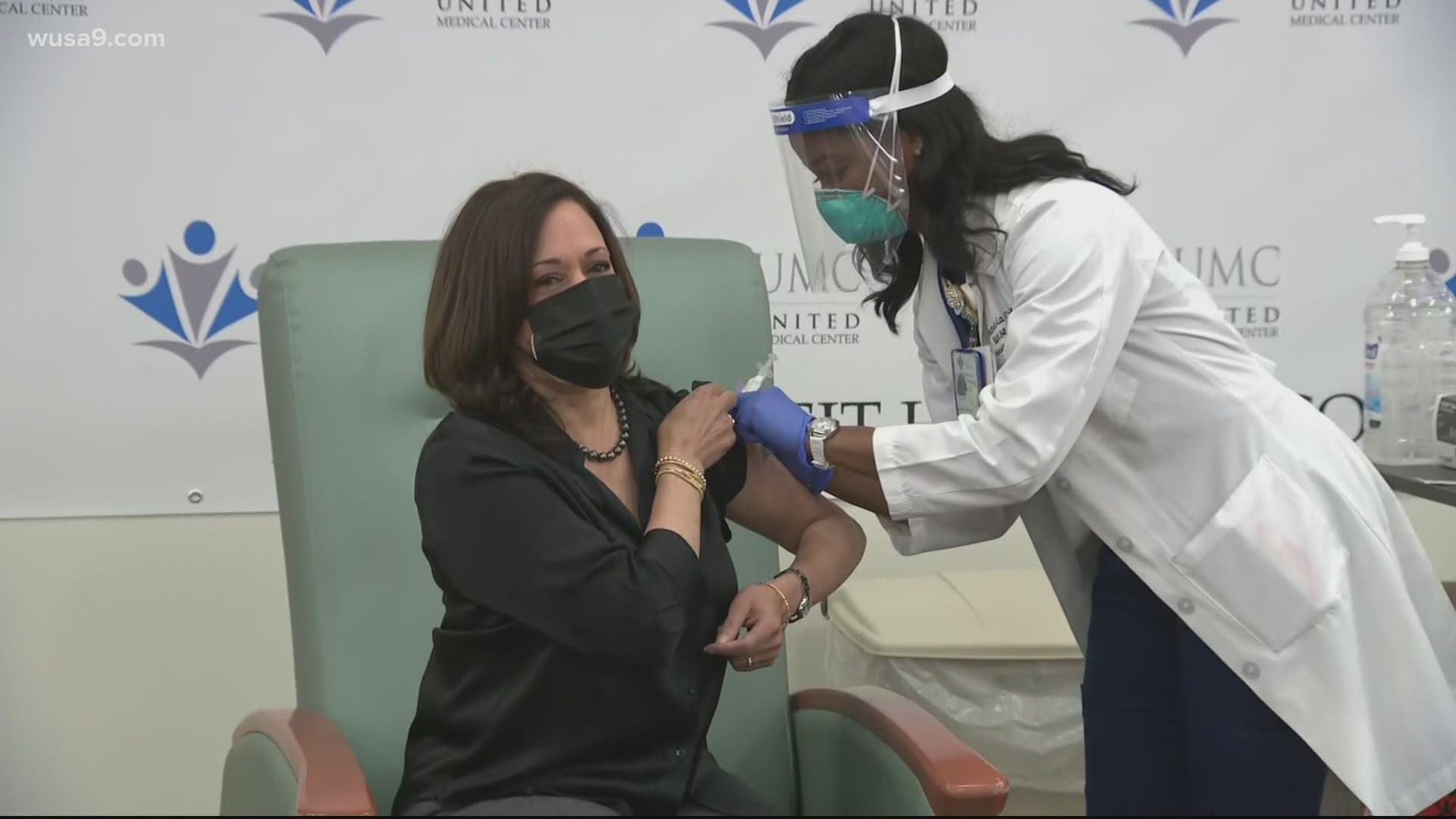