Since the coronavirus pandemic canceled Memorial Day ceremonies, buglers with the group Taps for Veterans will play from home at 3 o'clock. 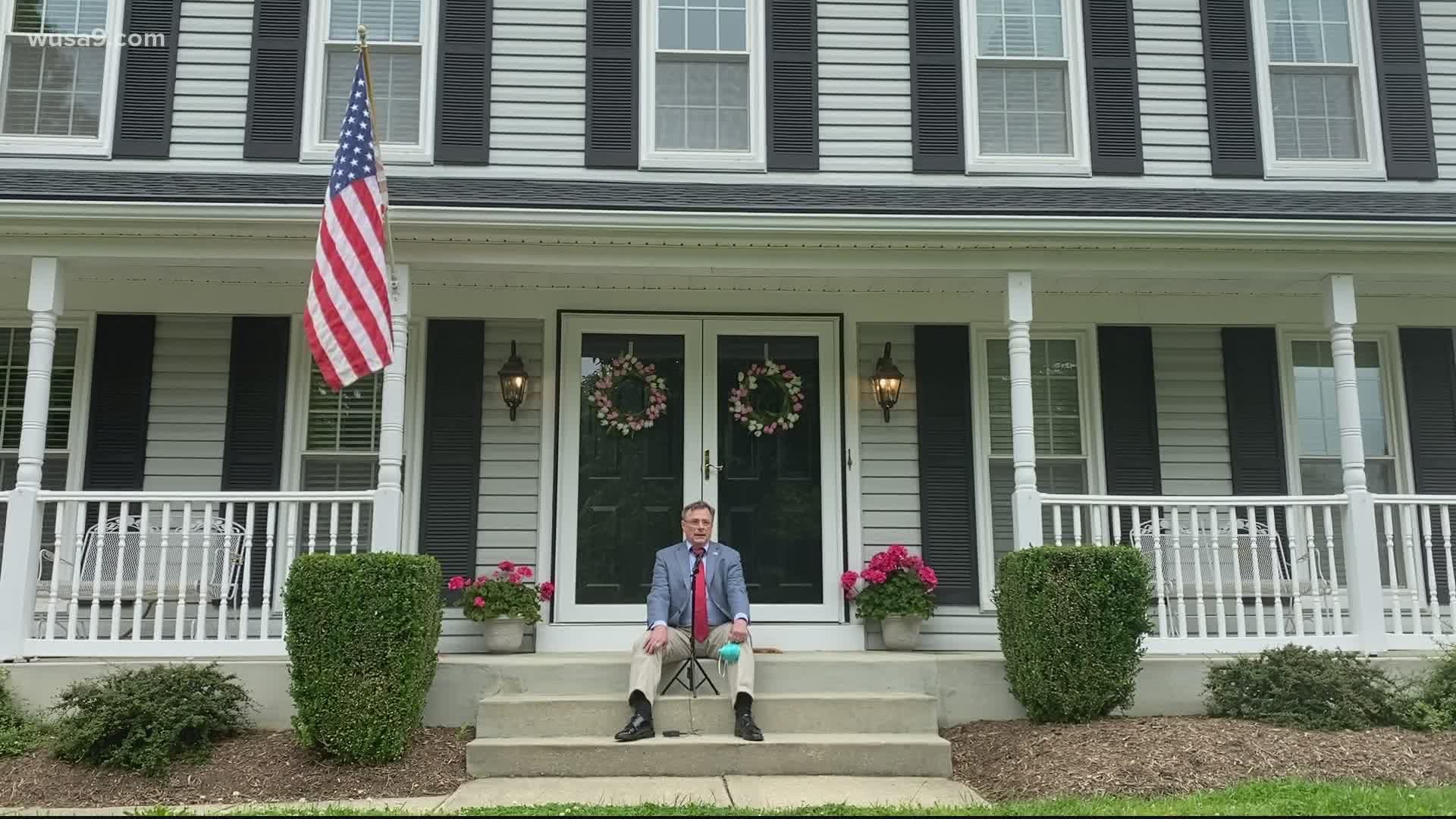 BOWIE, Md. — Since the coronavirus pandemic has canceled many Memorial Day ceremonies, buglers are finding a different way to honor the fallen -- from home.

Retired US Air Force bugler, Jari Villanueva, with the group Taps for Veterans, decided to ask his community of musicians to simultaneously play Taps wherever they are at 3 p.m. local time. He's calling it Taps Across America.

That time is the official National Moment of Remembrance, when Americans are asked to pause for one minute and remember the service members who sacrificed their lives for our country.

As of Sunday morning, Villanueva said 2,300 musicians around the world have signed up to participate. He said they even have saxophonists, flutists, and people who will be playing from as far away as Japan and Australia.

One bugler who will be playing right from his home in Bowie is Richard Pasciuto.

Credit: Jess Arnold
Buglers will play Taps from their homes on Memorial Day to honor the fallen.

His father was a World War II veteran, and he is a retired US Capitol Police officer.

"It’s a way of saying thanks for all those who have given their lives to their service and their country, and also to their family members for sharing that life with the country," Pasciuto said. "I think that that’s something that can never be paid.”

For decades, Pasicuto has been playing Taps at military and police officer funerals, veterans events, and Memorial Day ceremonies. Typically, he would be performing for crowds.

“This is a rather strange Memorial Day to say the least," he said.

But -- he was determined to still work to pay that debt he feels. That's why he'll be standing right under the American flag at his home Monday, playing those solemn 24 notes at 3 o'clock.

Villanueva will be playing from his home in Catonsville, MD.

“What better way now, especially in this time when we can’t gather together as a community, to have a bugler stand in their neighborhood, you know with people social distancing of course, listening to those 24 notes," he said. "Because those notes not only bring honor to those who have passed, but also gives us a sense of comfort, of reassurance, and of peace.”

Credit: Jess Arnold
Richard Pasciuto will be playing Taps from his Bowie home during the National Moment of Remembrance Monday.

“It’s uncharted territory for us really, and probably the only way that some people will be able to experience it is with buglers in the neighborhood sounding," Pasciuto said.

Originally used to signify that it was time to sleep, in 2012, Congress designated Taps as the National Song of Remembrance.

The song holds an extra special meaning for Villanueva, since he was part of the US Air Force band before retiring. He thought it would make sense to sing the song of remembrance during the moment of remembrance.

“It’s 24 notes that really touch the heart of every American," he said. "And on this Memorial Day, I can’t think of a better way to honor those than with our National Song of Remembrance.”

RELATED: 'I’m here to serve the Marine Corps' | Midshipmen prepare to commission for the military online

RELATED: Memorial Day Weekend: Here's what's canceled, what's virtual and what you can still do