The company said it is informing guests that plans are pending approval from authorities, so it might be a good idea to have a backup vacation idea in mind. 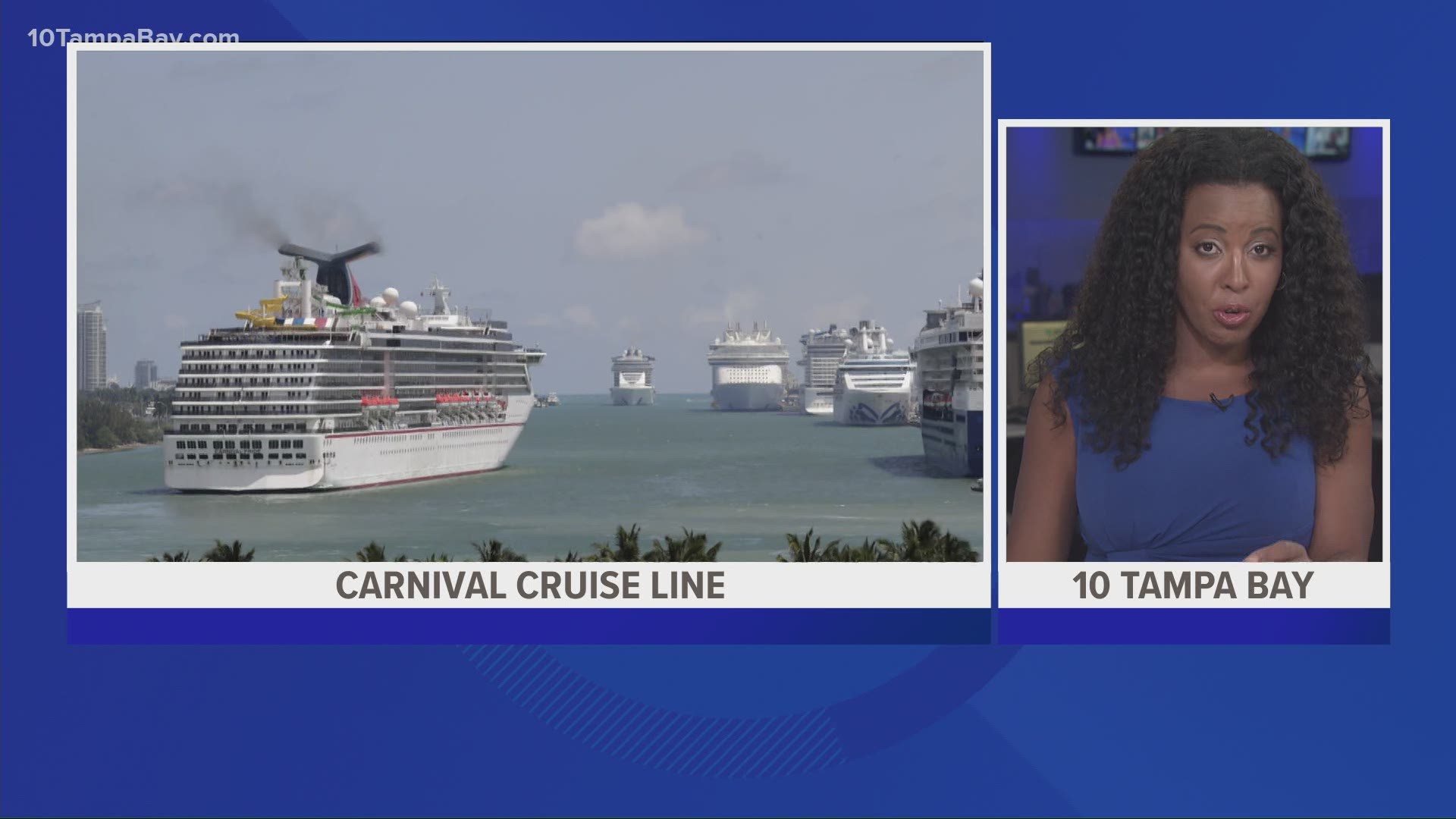 TAMPA, Fla. — Carnival Cruise Line published an update to its customers Tuesday as it works toward the possibility of restarting sailing operations as early as July.

Some of the plans, the company said in a tweet, involve additional cancellations but could include operating three ships as part of a summertime restart. One of them would operate out of Miami.

The announcement comes as the cruise industry recently received detailed instructions for how to conduct test cruises, which is a key step in restarting voyages from U.S. ports since the worst of the coronavirus pandemic.

The Centers for Disease Control and Prevention has kept a no-sail order in place for more than a year. Florida ports and terminals have been empty and shut down since last March.

"We have notified guests of cancellations for additional sailings as we work toward plans for a July restart in the U.S. on select ships..." Carnival said in a statement, in part. "We hope to begin operating sailings on three ships from Florida and Texas, including Carnival Vista (beginning July 3) and Carnival Breeze (beginning July 15), both from Galveston, and Carnival Horizon from Miami (beginning July 4)."

Important update regarding our possible restart plan from select U.S. ports. Please take a look and keep an eye out for any further information. #ChooseFun #CarnivalCruise pic.twitter.com/6kHw69FWCY

Florida Gov. Ron DeSantis recently signed a law banning companies from requiring people to show proof of inoculations in Florida. However, the CDC guidance asks cruise lines to show that 98 percent of the crew and 95 percent of passengers are vaccinated.

That is creating somewhat of a conflict. Norwegian CEO Frank Del Rio says he wants the freedom to create policies to keep passengers safe when cruise ships set sail again, and he isn't ruling out pulling Norwegian ships out of Florida.

"Everyone wants to operate out of Florida. It’s a very lucrative market -- it’s a close drive market, but we can’t ignore [the new law,]" Del Rio said.