Following weeks of protests and a nationwide call to action for an end to racial injustices, Tampa's Citizen Review Board is getting a revamp. 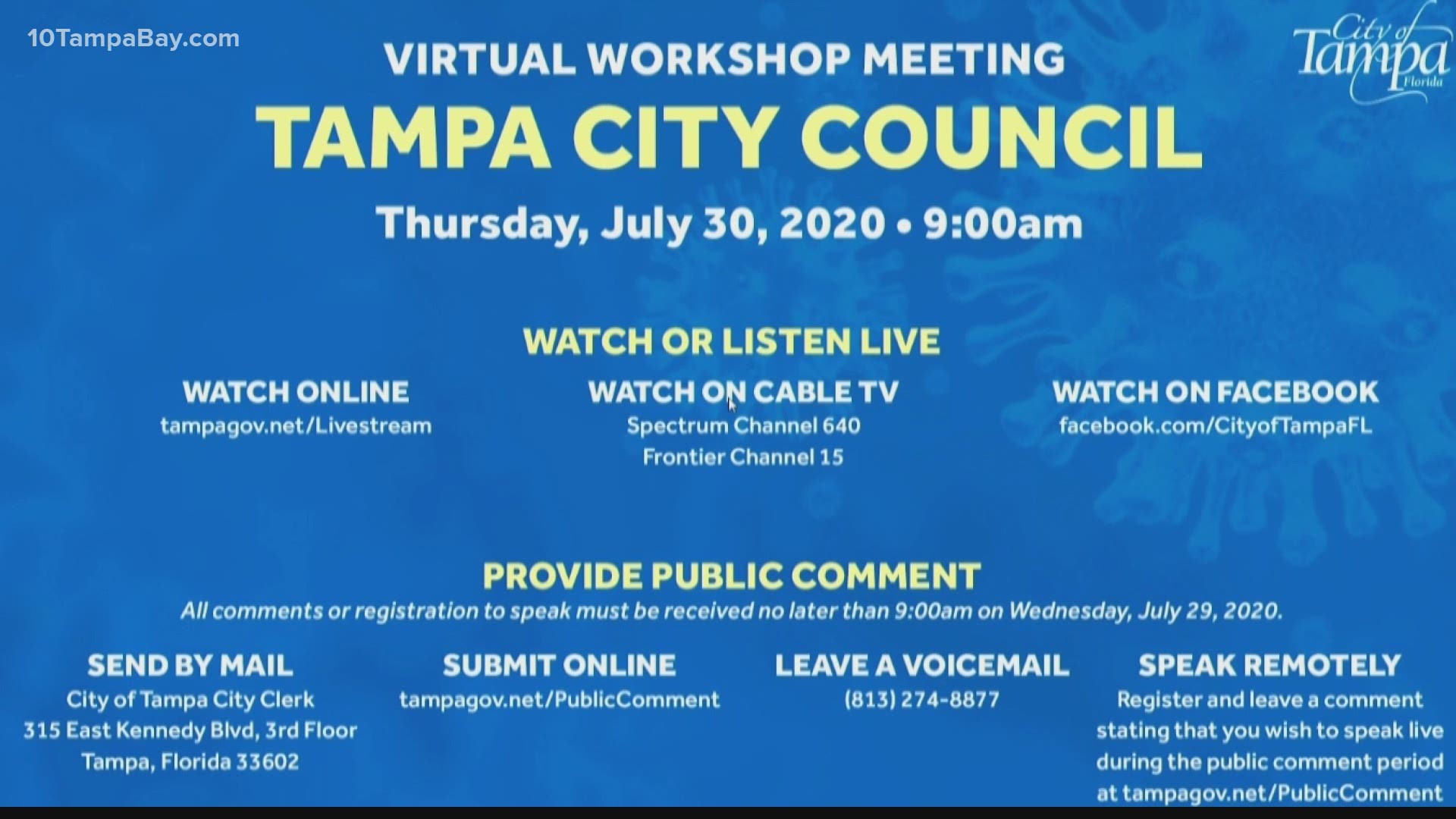 TAMPA, Fla. — In the weeks following the death of George Floyd, a Black man who died in police custody after repeatedly saying, "I can't breathe," protests broke out across America.

The Black Lives Matter movement touched every corner of the country and a nationwide call-to-action was born, including in Tampa, where protesters took to the streets night after night in the month of June.

Also in that month, Tampa Councilman Orlando Gudes, a Black man and former Tampa police officer, called for change to the city's existing Citizen Review Board.

By July, Tampa Mayor Jane Castor laid out the City of Tampa's full recommendations for its Citizen Review Board. She said she consulted various community leaders and advocates before coming up with the recommendations.

On Thursday at a city council workshop held virtually due to the COVID-19 pandemic, members of the community called in to voice concerns over the current Citizen Review Board and the mayor's affiliation with the group.

"It hurt the African American community. It hurt the city of Tampa because we no longer trust the process," said Yvette Lewis, the president of NAACP's Tampa chapter.

Kelly Benjamin also spoke who was involved in the creating of the board in 2015. He thinks the Citizen Review Board must be independent of the mayor and the police department in order to be effective.

"We can’t have, and this is in no way intended to disrespect our mayor, who has three decades on in the force," Benjamin said on the call.

He added, "She appoints the police chief and there’s no credibility if she also appoints the members of this board. It’s impossible. There will never be justice if that continues to be the case."

Councilman Gudes, who is still battling the coronavirus, opened up to the group about some backlash and threats he received from the police department after he called for a change to the Citizen Review Board. He took time to clarify his love for the police department while also asking for change that puts an emphasis on spending time in the community before being given a badge and a gun.

1) Majority of appointments to the Citizen Review Board should come from city council, not the mayor.

4) Giving the CRB a budget to have their own staff

Councilman Gudes added an amendment to the motion:

5) Involving more citizens in the hiring process for police officers

Councilman Viera then added two more items to the motion

The motion passed and council will further study and discuss the motion at a workshop on Sept. 24.