Coronavirus cases continue to surge in Florida, but where are the recoveries?

The U.S. doesn't have a uniform way of reporting recoveries. That's partly because resources need to stay focused on contact tracing. 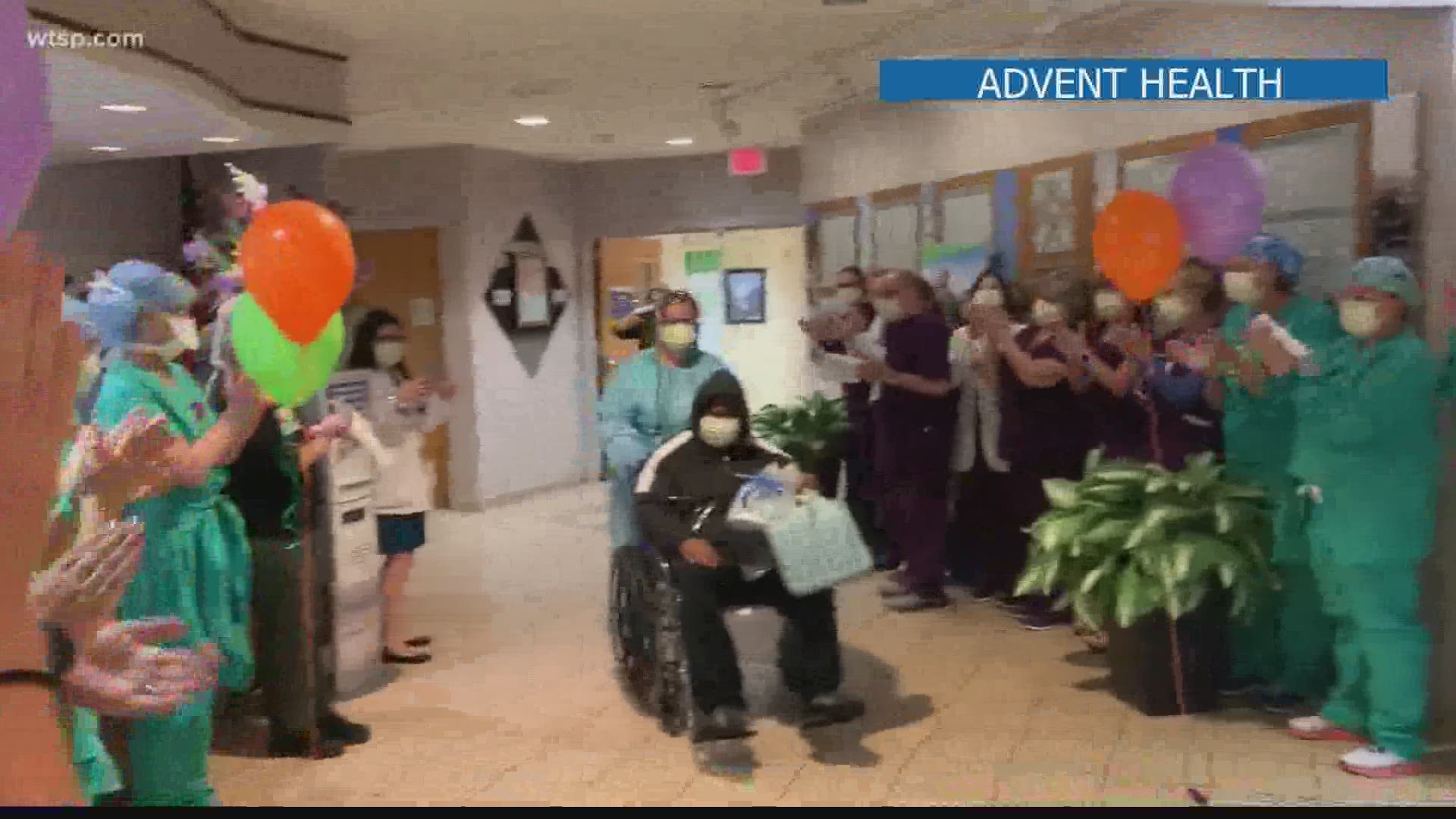 TAMPA, Fla. — As coronavirus cases continue to rise in Florida, the biggest question that still remains is how many of those cases have actually recovered.

Doctors say that answer is hard to get.

Being released from the hospital after fighting coronavirus is the moment families eagerly wait for but after leaving, many of those patients aren't fully considered recovered from COVID-19.

"It can be that they're symptom-free, but they may still be shedding virus and so they still need to be isolated. There are people who we don't know what the recovery period is, so a recovery can mean many things. It's not defined clearly," said Dr. Janice Zgibor with the University of South Florida Public Health.

That's why epidemiologists in the state are having a hard time understanding who counts as a coronavirus recovery. While some states report recoveries, Florida does not.

"I think it's difficult to record who is recovered because of all of the definitions of recovered. Also, logistically, you would have to follow every positive case to determine when they've met either the time criteria or the symptom criteria," Zgibor said.

You may have seen recovery numbers from Johns Hopkins University, but those are actually just estimates based largely on local media reports. The U.S. doesn't have a uniform way of reporting recoveries. That's partly because resources need to stay focused on contact tracing.

Because there are asymptomatic people who won't get tested at all, it's hard to even assess how many people who were seriously ill got better.

"We'll never have really accurate numbers on recovery. Unless we have that case following," Zgibor said.

10 Tampa Bay has reached out to the Florida Department of Health since the outbreak started to try and get recovery numbers.

We've received the same response each time. The health department says they're working on a way to get that data.