After all elective surgeries were put on hold because of the coronavirus, one Florida family was forced to delay their dream of having a baby. 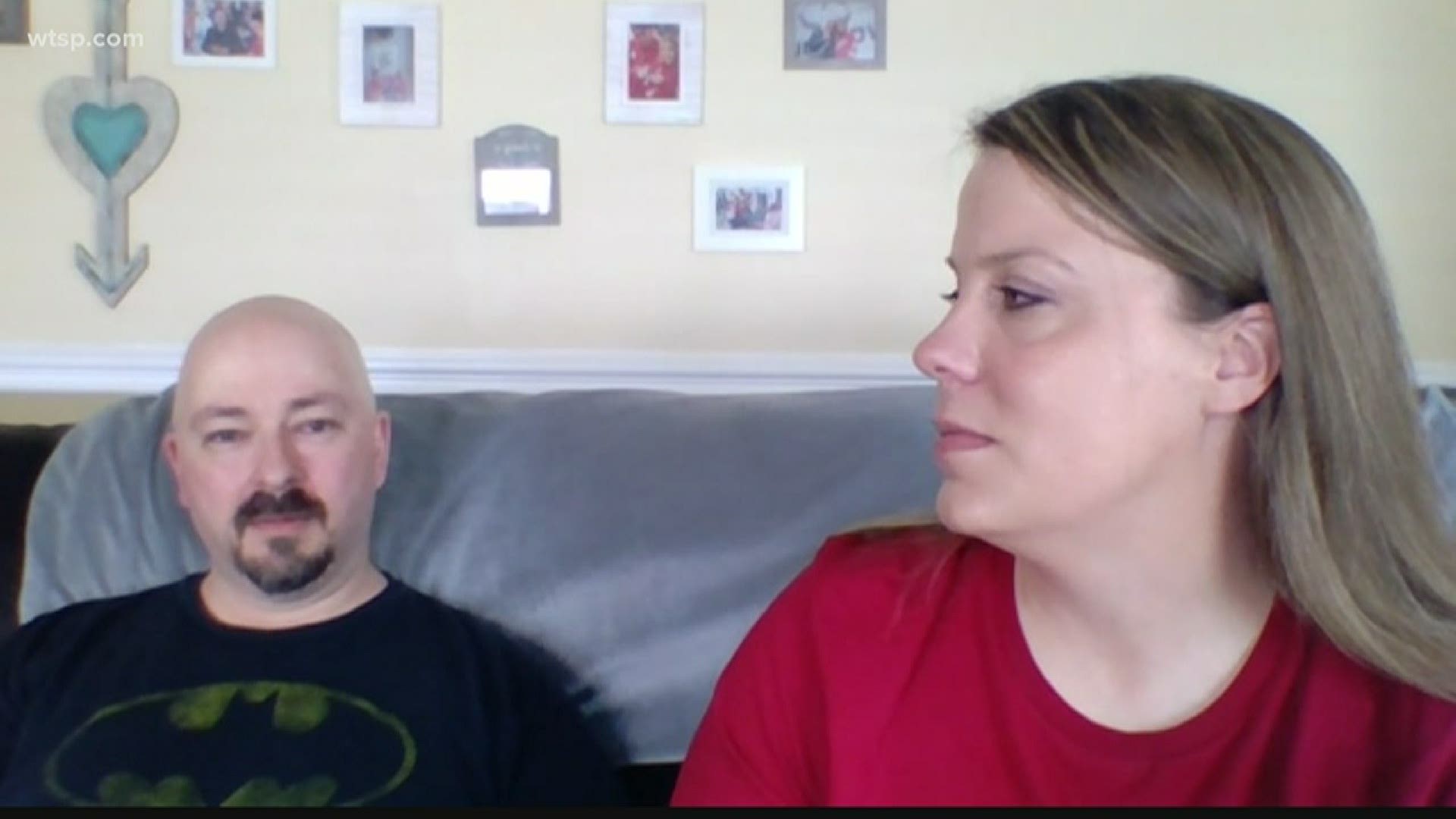 They never thought starting a family would be this difficult.

Mike and Jamie Townsend have been waiting long enough. The Pinellas County couple started trying to have a baby seven years ago and began seeing a doctor at the Reproductive Medicine Group two years ago.

That's when the Townsends journey with in vitro fertilization (IVF) began.

"You don’t know where you find the strength to do it. You just have to keep going," Jamie said.

The first embryo transfer failed for the Townsends. The second transfer resulted in a pregnancy but Jamie miscarried in October 2019.

"That day when we saw the heartbeat. That was the first time I took a deep breath," she said.

After recovering from the miscarriage and gearing up to try yet another transfer, the Townsends got word in March that their plans to start a family would be put on hold indefinitely.

"I ordered the meds that morning and about two hours later, I got a call from the clinic and they said due to what they call non-essential procedures are getting canceled," Jamie said.

Cyndel and Chris Surdovel are going through the same thing.

The Tampa couple has been trying to conceive since 2017. A recent IVF treatment resulted in a miscarriage and the couple was eager to start another. They too were told elective surgeries were put on hold.

"It was a stab in the heart," Cyndel said. "We didn't elect to be infertile."

Sandy B. Goodman, M.D. with the Reproductive Medicine Group says IVF is a very time-consuming and intricate process requiring months of planning and medication.

"For some of the patients, this may be a temporary inconvenience, for some who have low ovarian reserve, for them, the time change could be critical," Goodman said.

The Townsends are both EMS supervisors and have been on the front lines of COVID-19. They understand the circumstances, but Jamie admits her emotions can change from day to day.

"There are some days the depression hits you so hard where you don’t even want to get out of bed and that’s okay, give yourself some grace," Jamie said.

Both couples plan to move forward with IVF as soon as they get the green light.