He wasn’t scared to give you his opinion, even if you didn’t ask for it, and I have nothing but fond memories for Chuck," Officer Scott Leeton said. 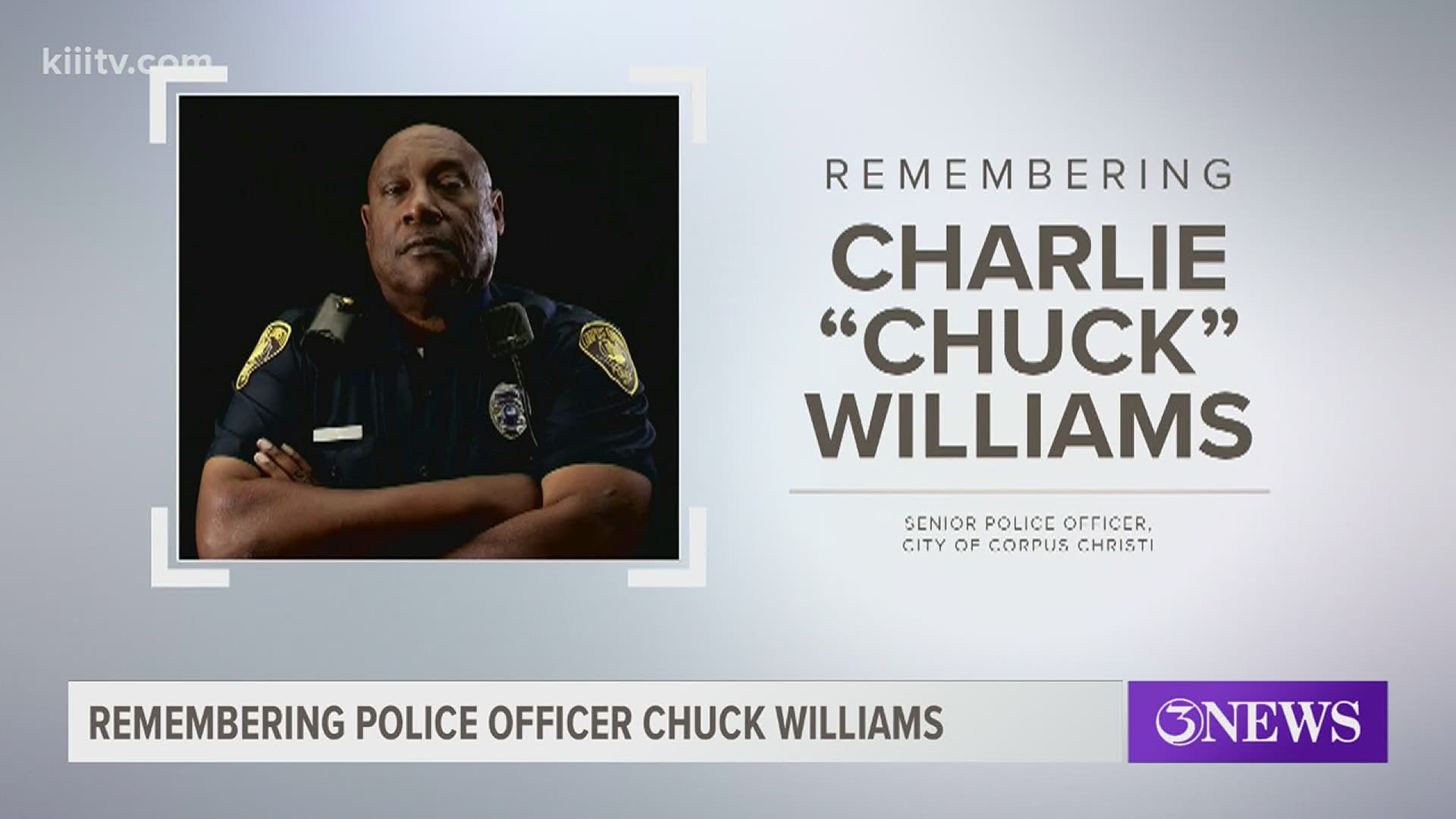 It was just after 10 p.m. on Monday when dozens of Corpus Christi police officers left Corpus Christi Doctor's Regional Hospital. They soon formed a procession to escort the body of their fellow officer. The procession ended up across town to the Heritage Memorial funeral home. As his body was moved from the hearse to the funeral home, officers stood at attention to salute the much-beloved veteran officer.

"This one hits a little bit closer to home because it’s one of our coworkers, one of our friends, our brothers in the police department," Lieutenant Michael Pena said.

Lt. Pena tells 3News that Williams began his career in 1984. He was a graduate of the 39th Police Academy. The very next year, the President of Police Officers Association Scott Leeton graduated from that same Academy. The two would work together over the years.

"I had worked with Chuck on various assignments, interacted with him," Leeton said. "Chuck had his own sense of humor and there’s times where I’ve seen Chuck frustrated, but there were times more times than not where I saw Chuck laugh and he had a somewhat unique laugh to him. He wasn’t scared to give you his opinion even if you didn’t ask for it, and I have nothing but fond memories for Chuck."

News of the officer's death spread quickly throughout social media where many people paid their condolences. We caught up with City Manager Peter Zanoni and here’s what he had to say about this latest COVID tragedy.

"Officer Williams with the police department was there for over 35 years providing service to the community so it’s a great loss to the city and it does remind us that this COVID is real and that we need to take it very seriously," Zanoni said.

Mayor Joe McComb also pointed out that this a hard virus to fight.

"It’s a sad fact of life that this virus doesn’t discriminate it goes from all ages from very young to the elderly," McComb said. "It goes all sexes. It goes all races, so it’s every man for himself so to speak in this battle against this shadow opponent we don’t know where it is but it attacks."

We were told that funeral arrangements for officer Williams are still pending.

More from 3News on KIIITV.com: