Side effects from COVID-19 vaccine likely will be unpleasant, doctors advise

They're better than actually getting coronavirus, though, according to some vaccine trial participants. 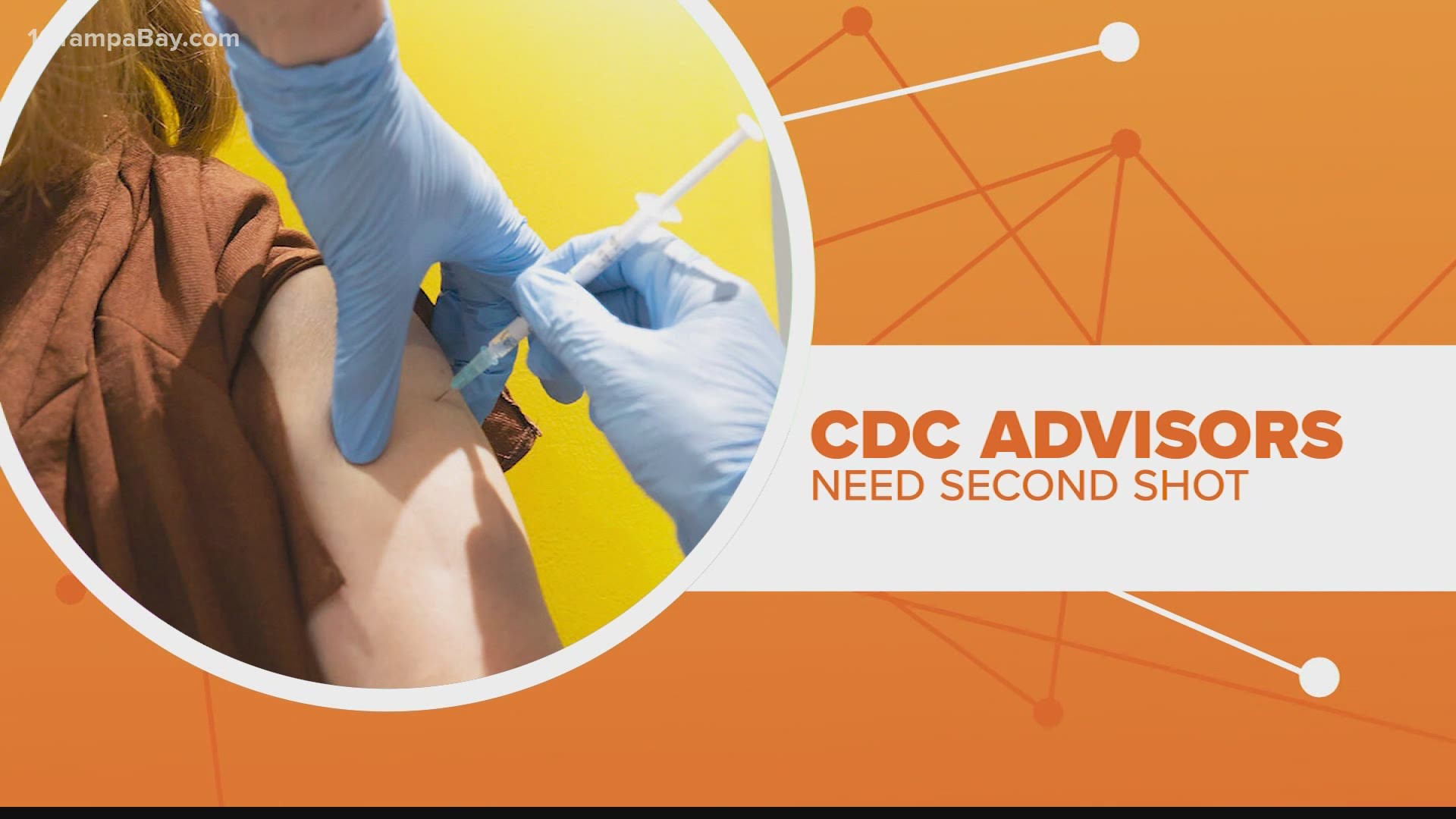 ST. PETERSBURG, Fla. — Doctors this week pressed the Centers for Disease Control and Prevention to clearly explain to the public that the upcoming coronavirus vaccine shots could have some uncomfortable side effects.

Dr. Sandra Fryhofer of the American Medical Association worries about her patients coming back for a second dose of Pfizer's and Moderna's vaccines as both require a follow up to the first one, according to CNBC. That first shot isn't exactly "a walk in the park," she explained.

"They are going to know they had a vaccine. They are probably not going to feel wonderful," she said during a meeting Monday with the Advisory Committee on Immunization Practices, a group that advises the CDC. Still, she said "they've got to come back for that second dose" for the vaccines to be effective against COVID-19.

Both companies recently announced an average efficacy of around 95 percent. AstraZeneca also said its vaccine was up to 90-percent effective when given as a half dose, followed by a full dose about a month later.

Doctors have praised the promising results as vaccines could lead to an end of a pandemic that has killed at least 1.4 million people and sickened many millions more worldwide. Coronavirus symptoms include fever, chills, cough, shortness of breath and more, to varying degrees of severity.

Side effects of the vaccines just scratch the surface, with those who participated in clinical trials reporting high fever, body aches, headaches and exhaustion though, ultimately, it was better than actually being infected with the virus.

Luke Hutchison, who spoke with Science Magazine, said he wasn't sure if he received a placebo or the vaccine but within a few hours after the second injection, he recalled an "unbearable" fever. That and other symptoms cleared up after about 12 hours.

"Nobody prepared me for the severity of this," Hutchinson said.

According to Science, fewer than 2 percent of recipients of the Pfizer and Moderna vaccines developed "severe" side effects. Any medication, including vaccines, cause side effects and they will eventually go away on their own, the CDC says.

"These are immune responses," said Patsy Stinchfield during the meeting, CNBC reported. "And so if you feel something after vaccination, you should expect to feel that."

"When you do, it’s normal to have some arm soreness or fatigue, some body aches and maybe even a fever. It sounds like in some of these trials, maybe even having to stay home from work," she said.