The D.C. Office of Unified Communications says the city has received thousands of calls about mass gatherings since quarantine restrictions took effect. 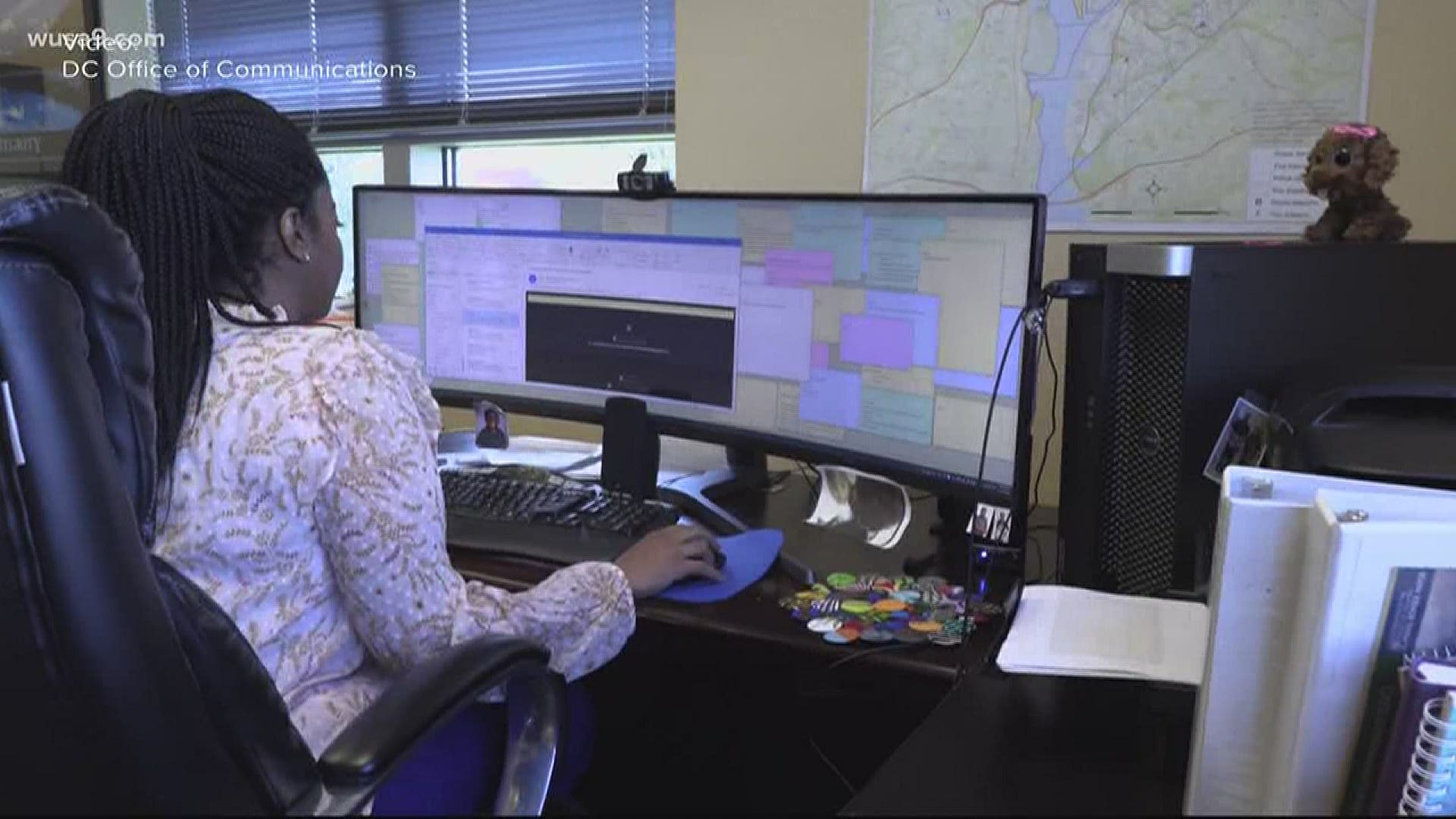 WASHINGTON — Numbers from the D.C. Office of Unified Communications (OUC) recently obtained by WUSA show a spike in calls for noise complaints and mass gatherings once the coronavirus pandemic came to the DMV.

Overall, the amount of 311 calls handled by the city are up 7% since the city began modifying operations during the week of March 15 this year.

According to statistics released by OUC, dispatched noise complaints soared 17% beginning in March and continuing into April.

Following the spread of the virus, OUC dispatchers also saw 2,150 service requests come in regarding concerns with mass gatherings and 195 reported complaints of non-essential businesses being open or not in compliance with social gathering parameters.

Dispatchers saw a particular spike during the week of March 15th, when 311 calls soared 24% over their average volume.

"People were asking questions like where are the tests, are schools closed, are they going to give out meals," Director of Unified Communications Karima Holmes said. "Normally, after you finish one call you have a minute or so before another call pops in. When we become busier, like when we did at the onset, it’s just calls popping up back-to-back.”

With people continuing to work from home and not going outside as often, Holmes told WUSA that much of the drop in 911 calls could be attributed to the safety measures against the virus.

"Fewer people are on the streets," she said. "You’re getting less accidents, not as many people in restaurants, getting less arguments. People are not there.”

In total, Holmes said the city has a team of around 300 emergency call takers to respond to incidents.

Due to social distancing needs, some of the dispatchers have been working out of a mobile command unit in the back parking lot of the main center off Martin Luther King Jr. Ave SE.

The pandemic marks the first time the emergency trailer, which has two floors and can fit more than a dozen dispatchers, has been put into full operation.

Despite the pressure of the situation with coronavirus, Holmes said call takers remained ready for the challenge.

Holmes added that coordination with other city services and offering resources, like a coronavirus hotline, have played critical roles in D.C.'s response to the pandemic.

"I have a relationship with our police chief and our fire chief. We’re meeting monthly just keeping up with things," she said. "Being able to have those relationships and having our mayor who backs us and understands what we do is so important.”

For Holmes, the response to the pandemic comes four years into her time with the Office of Unified Communications.

After working in the field for the last two decades, she said this time couldn't be compared to any other period.

"I’ve never been this mentally busy in my life," the director told WUSA. "I have been through an inauguration. I’ve done G-20 summits. I was in Dallas when ebola came through. This one is so much more different with the complexity and the amount of strain and personal stress that’s going on with call takers.”

Moving forward, Holmes said the emergency communications team would continue to be ready to respond for help in D.C.

RELATED: DC Coronavirus Tracker: See how many cases of COVID-19 have been reported in each ward

RELATED: President Trump says he is suspending all immigration to fight the coronavirus pandemic, save jobs