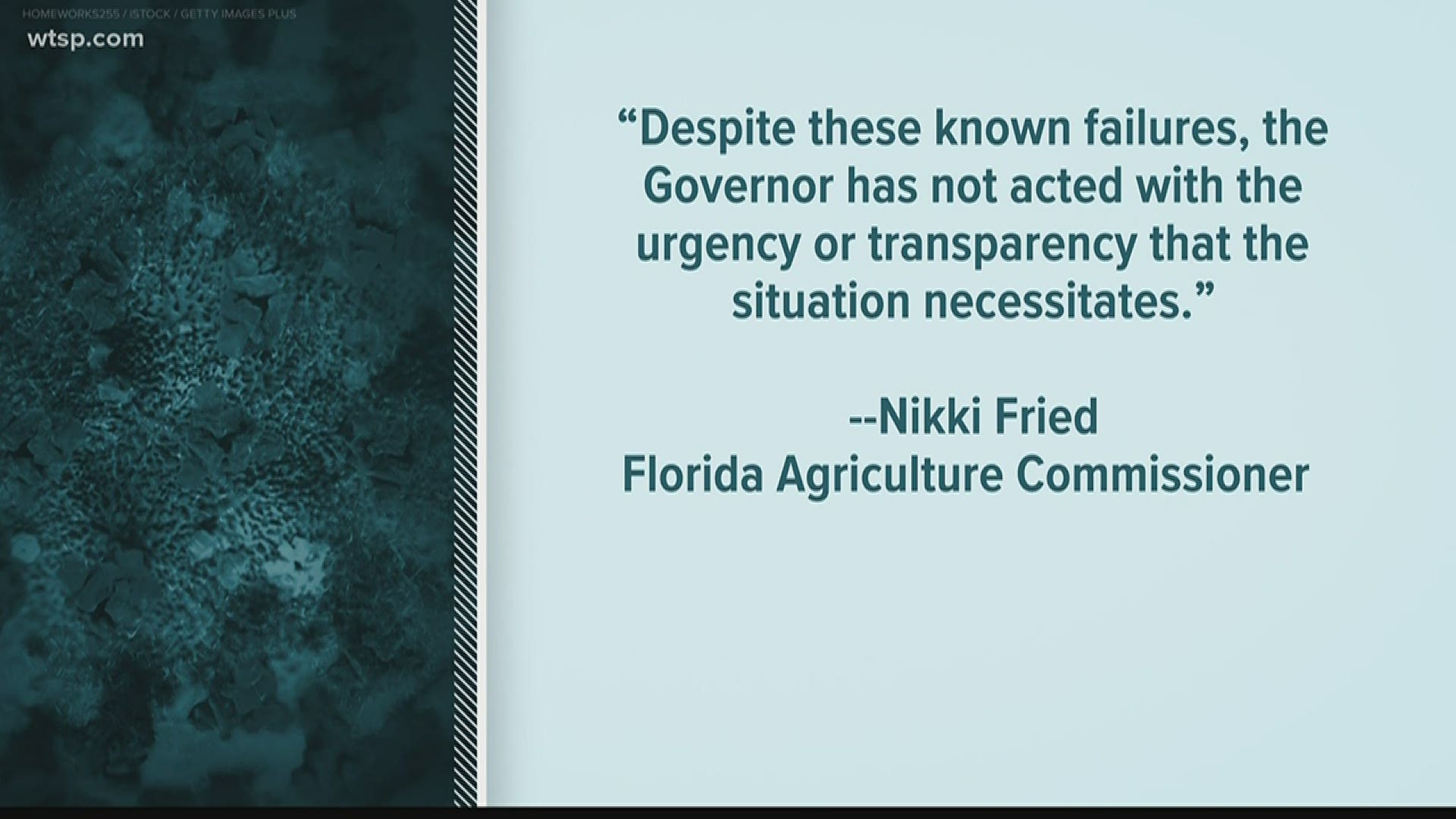 TALLAHASSEE, Fla. — Thousands of Floridians woke up to more frustration Monday in dealing with the state's unemployment website.

"People couldn’t get on the site this morning. Every time they tried to get on the site, they got an error and it wouldn’t load," said Tim Biondollo, a bartender in Treasure Island who's been out of work since March 20.

Biondollo is an administrator of a Facebook group with 12,000 people saying they're having problems receiving unemployment benefits.

CONNECT, the state's unemployment site, was down for the second straight weekend so the Department of Economic Opportunity could process claims and make payments.

RELATED: Florida unemployment site will be down this weekend to current applicants

"Usually we see people who got paid on Monday so we see the progress. This weekend we didn’t see that. We actually had a few people talking among themselves that a lot of people who were getting payments hadn’t received any this weekend," Biondollo said.

"I had to apply for a small loan from my bank to even get through. It's low interest but this way I can pay my car payment and phone bill, but I shouldn’t have had to do that with my life," she said.

Hoffman said she can't log into the system without the site crashing, hasn't gotten anything in the mail and hasn't been able to get anyone on the phone.

On Monday, Agriculture Commissioner Nikki Fried joined other state leaders in calling for an investigation.

A news release said, "Following several audit reports detailing over 600 problems with the CONNECT unemployment system, about which the Governor was briefed in 2019, thousands of Floridians have struggled to receive unemployment assistance during COVID-19 due to technology and staffing issues."

Fried wrote a letter to Chief Inspector General Melinda Miguel asking for an investigation. The letter said in part, “Despite these known failures, the Governor has not acted with the urgency or transparency that the situation necessitates."

Gov. Ron DeSantis has taken dozens of questions about the system in his daily briefings. He, too, wants an investigation.

DeSantis on Monday said he will direct Chief Inspector General Melinda Miguel to investigate how the CONNECT system was paid for and to look over the different amendments in the contract.

“For weeks, the system was in tatters. People couldn't even get on,” said DeSantis in a Friday morning news conference. “There's going to have to be a whole investigation that needs to be done about how the state of Florida could have paid $77 million for this thing.”

The governor reiterated on Monday that the state is working its way through the backlog of applications.

"Our goal is to continue processing new claims as quickly as possible," DeSantis said.

Rep. Charlie Crist told 10News he and some of his congressional colleagues could also launch an investigation with the Government Accountability Office to determine what went wrong with Florida's system.

Crist said, "Rick Scott comes in in 2011, serves for an eight-year period, plenty of time one would think to analyze, scrutinize, and figure out what the problems and glitches are and fix them and I don’t know why that didn’t happen."

Scott was Florida's governor at the time of some of the initial unemployment problems. Now he's a U.S. Senator. Scott's office sent 10News this statement:

Senator Scott’s focus is on making sure workers and small businesses get the help they need so Florida’s economy can open as soon as possible. Every state in the country has faced challenges dealing with the unprecedented volume of suddenly unemployed workers. The important thing is to get relief to people who need it as fast as possible.

Every leader at the state, local and federal level needs to focus every ounce of energy on solving the Coronavirus and getting the economy back open. The CARES Act boosted unemployment insurance benefits by $600 per week and extended benefits to 16 weeks. Ken Lawson and many others are working hard to address the unprecedented influx of new applicants during this crisis and Senator Scott will continue to do everything in his power to help.