Hillsborough County leaders were warned of more deaths and the trouble of tracking coronavirus cases. 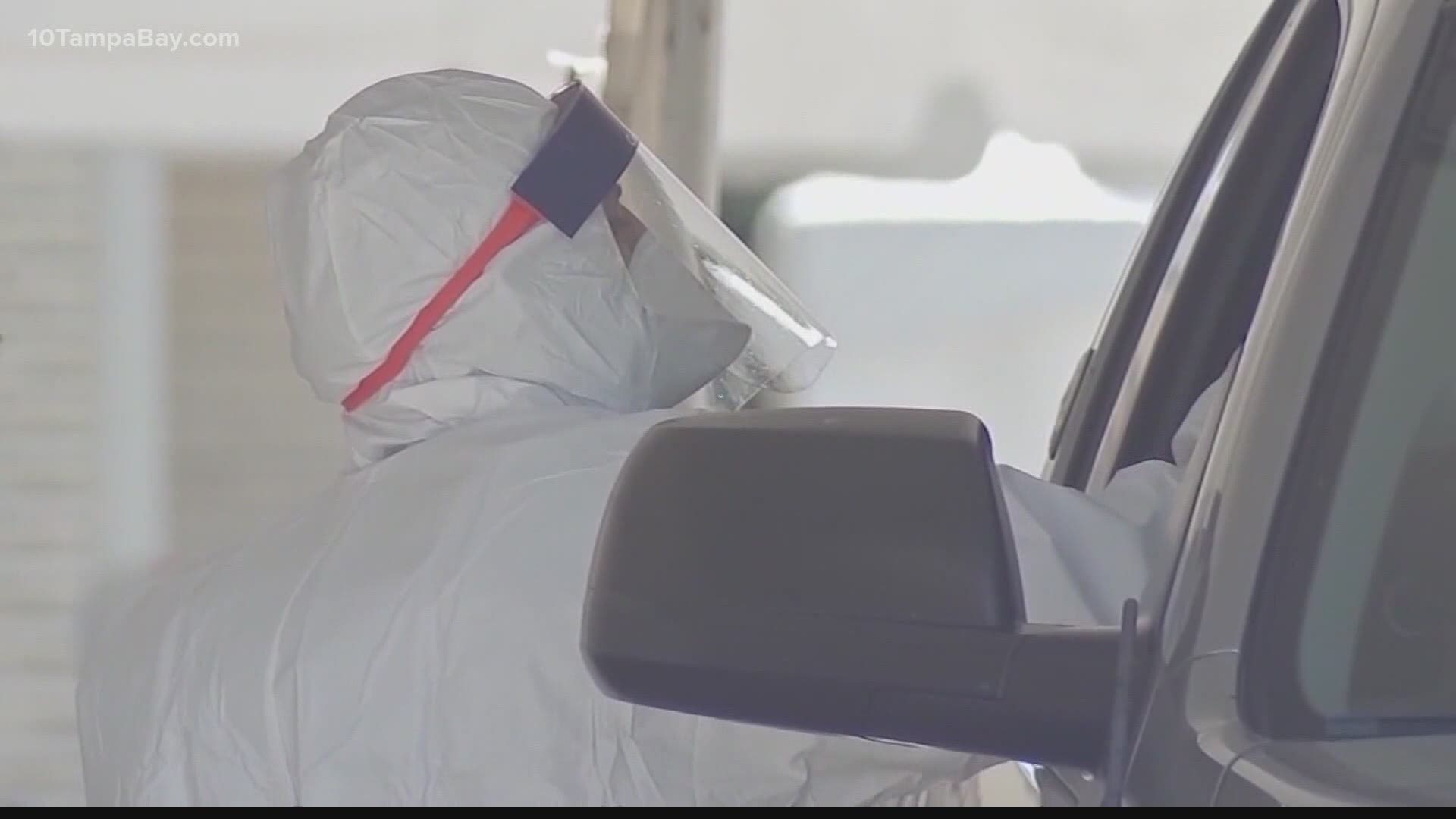 TAMPA, Fla. — Public health workers in Hillsborough County say the region should brace itself for some grim news in the coming weeks.

Cases of COVID-19 are on the rise, and it’s inevitable, they say, that the increase in hospitalizations will eventually produce a higher number of deaths than we’ve been seeing recently.

﻿By partnering with the state, Hillsborough County was able to double its testing capacity at the Raymond James Stadium site Tuesday.

“Hopefully, as these results come back, the following week we won’t see this change immediately, but hopefully as we get more testing done we will see this positivity rate begin to go down,” said Hillsborough’s Health Director, Doug Holt.

For now, infections continue to rise at a rate Holt characterized as alarming. He told board members hospitalizations are on the rise, ICU capacity is falling, and having spoken with the county medical examiner, we should brace ourselves, he said, for more deaths.

“She did note that we have a number of cases reported to her since Friday which will be reporting this week,” said Holt.

To battle the community spread, Hillsborough County has partnered with USF Health. Staff and students conduct contact tracing, but Holt says it’s become far less effective as they are overwhelmed.

“We need to be aware,” he said, “That this alone is not even intended to put out the fire of this magnitude.”

Also disheartening, said Holt, is that when contact tracers do speak with COVID-19 patients, they’re finding people are increasingly hesitant to share information about where they’ve been or who they’ve been around.

“Disappointingly, we are seeing less cooperation from those that we reach out to,” said Holt.

The health department says one of the most alarming statistics they’re seeing is a significant increase in the number health care workers testing positive for the virus - up 27 percent in just the past two weeks.

Holt says they can’t afford to lose any of their healthcare workers at this time.

For now, Hillsborough County plans to re-double its efforts through public awareness campaigns - urging people to wear face coverings, avoid large crowds, and when you have to be around others, practice social distancing.