Before being given to anyone, scientists used fetal cells to see if the antibodies could prevent the virus. Those cells were pulled in the '70s from a fetus. 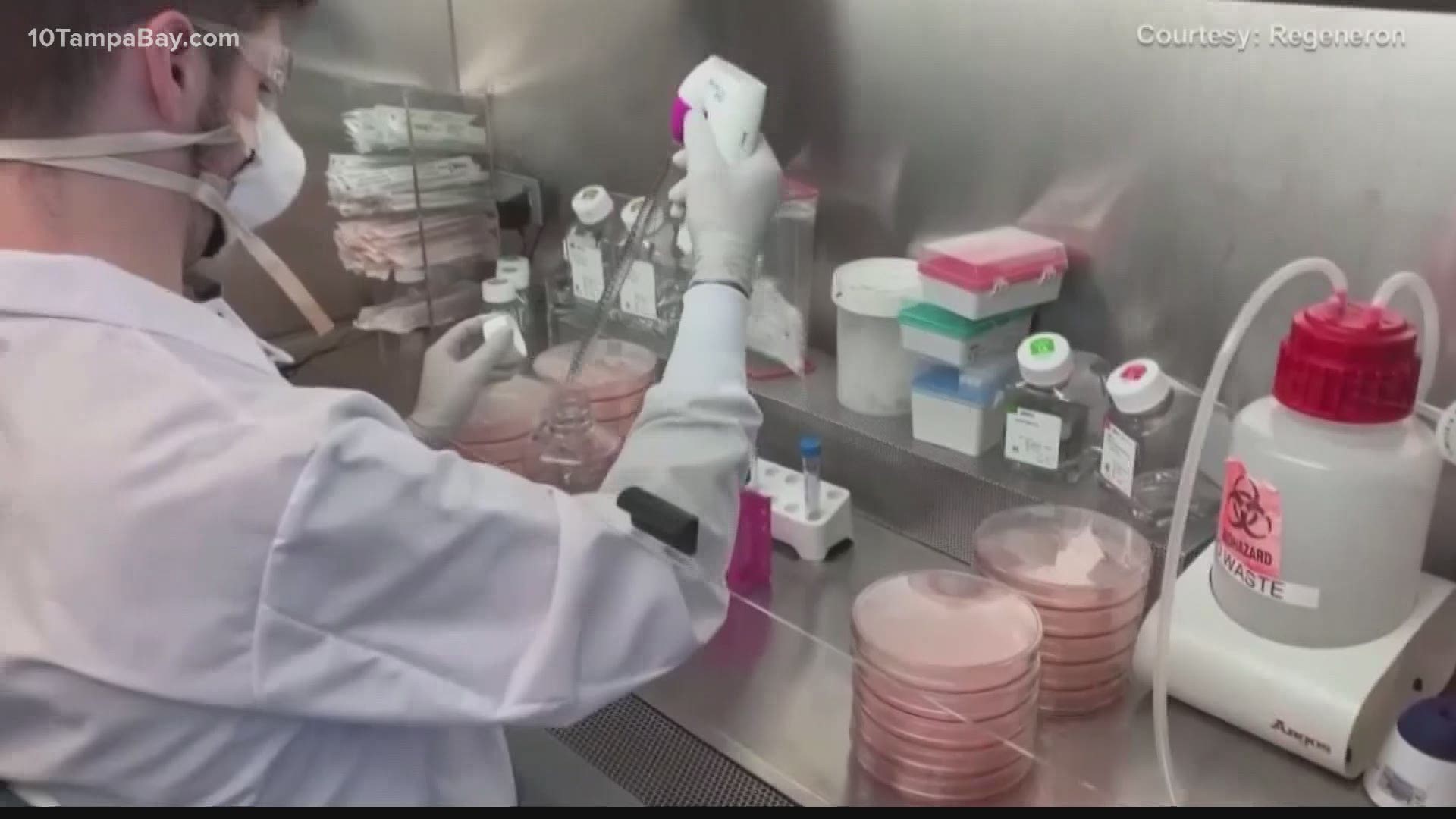 TAMPA, Fla — Shortly after getting back to the White House, President Trump says he's doing well, praising an experimental antibody cocktail White House doctors used to treat him for COVID-19.

“I feel perfect, so I think this was a blessing from God that I caught it. I went and I wasn't feeling so hot and within a very short period of time, they gave me Regeneron. It was like, unbelievable. I felt good immediately. It just made me better. Okay, I call that a cure,” President Trump said.

But when asked if the experimental cocktail was a cure for the virus, virologists say that’s not the case.

“This is not a cure. That's not what this drug is meant to do,” Dr. Michael Teng with USF Public Health said.

The virologist says Regeneron's experimental cocktail should stop any symptoms from getting worse. Before being given to anyone, scientists used fetal cells to see if the antibodies could prevent COVID-19, those cells were pulled in the '70s from a fetus in the Netherlands.

“It was from tissue from an aborted fetus and they use the kidney cells from the fetus. They transformed or made cell lines out of them. There's no new fetal tissue being used. It's just this one cell line that's been around for 45 years that we're using,” Teng said.

Dr. Teng says testing like this is common. While the president says he wants the drug to be available to everyone, if taxpayers pick up the cost it's going to be expensive

“I want to get for you what I got, and I'm going to make it free. You're not going to pay for it,” Trump said.

“These drugs are expensive, and they kind of have a market on them. That $50,000 is not coming out of nowhere. So if everybody in the country were to get a $50,000 treatment, that's, that's an incredibly large number,” Teng said.

This drug still isn't on the market. Regeneron's cocktail is in the early phases of clinical trials.