If there's one thing scientists agree on, it's that leadership needs to act now before infections overwhelm the state. 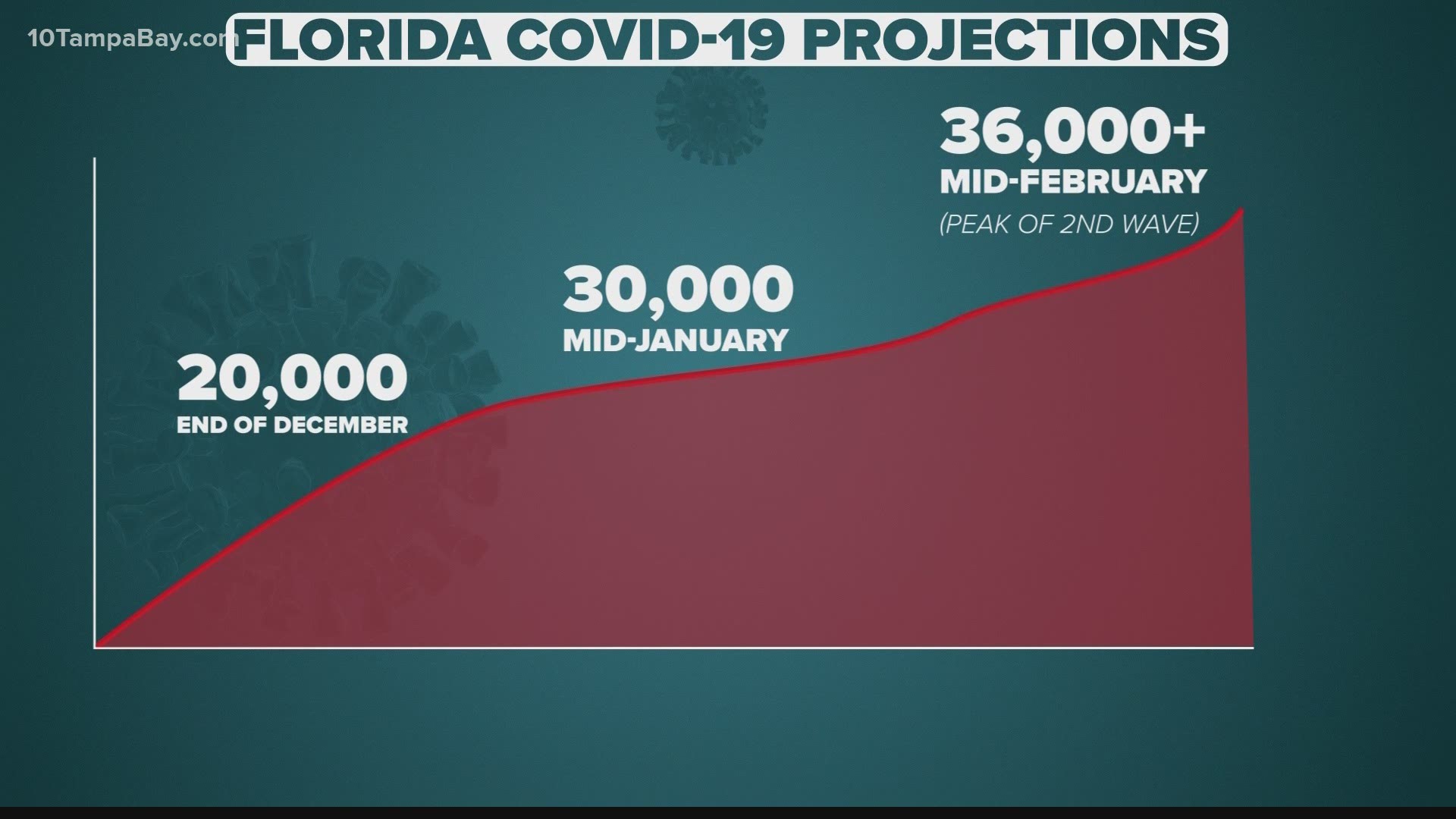 TAMPA, Fla. — Florida mayors both Republican and Democrat are stepping up and asking Governor Ron DeSantis to take action against COVID-19 now.

Five mayors from across the state met on Wednesday and asked DeSantis for four things: A statewide mask mandate, more state testing, a better contact tracing system, and more freedom for local governments to implement restrictions.

Credit: 10 Tampa Bay
5 Mayors from across Florida come together to fight COVID-19

We asked a public health expert and pandemic mathematical modeler from the University of South Florida to weigh in on their requests.

"We are getting into the next wave and I think in December, you know, the prediction is, we're going to hit 20,000 cases daily," Dr. Edwin Michael said.

The doctor who used to forecast pandemics for the World Health Organization says Florida is in its second wave of COVID-19 infections.

Further predictions show the state will see 30,000 cases daily by mid-January. Come February, the state will hit the peak of the second wave with 36,000 or more a day.

"This is where I think, you know, governance comes into play. You need to have leadership from the top," Michael said.

That's why all eyes are on DeSantis as the virus surges once again. When talking about a statewide mask mandate, Michael says that would be key to flattening the curve, but Public Health Expert Dr. Jay Wolfson says it might not be possible.

"If the Governor has a masked mandate, who's going to enforce it? It's impossible," Wolfson said.

He says the other things on the list could make the cut.

"The contact tracing, very important, takes resources, it's got to be done locally. Increased testing, great idea. There's nothing wrong with that. Restoring local control, I think that makes a lot of sense because this state is like four different states. What happens in Miami and Palm Beach, Pensacola, Duval County, Orlando, and Tampa, are very different places," Wolfson said.

If there's one thing both doctors agree on, it's that leadership needs to act now, so Florida's peak of infections won't overwhelm the state.

"Now is the time to take action to push that curve down. The governor can't make people wear a mask and it would be horrible if we locked down the economy again. We can't afford to do that either, but by God, we can model better than we're doing politically," Wolfson said.