Ahead of holiday weekend, doctors warn of beach risk 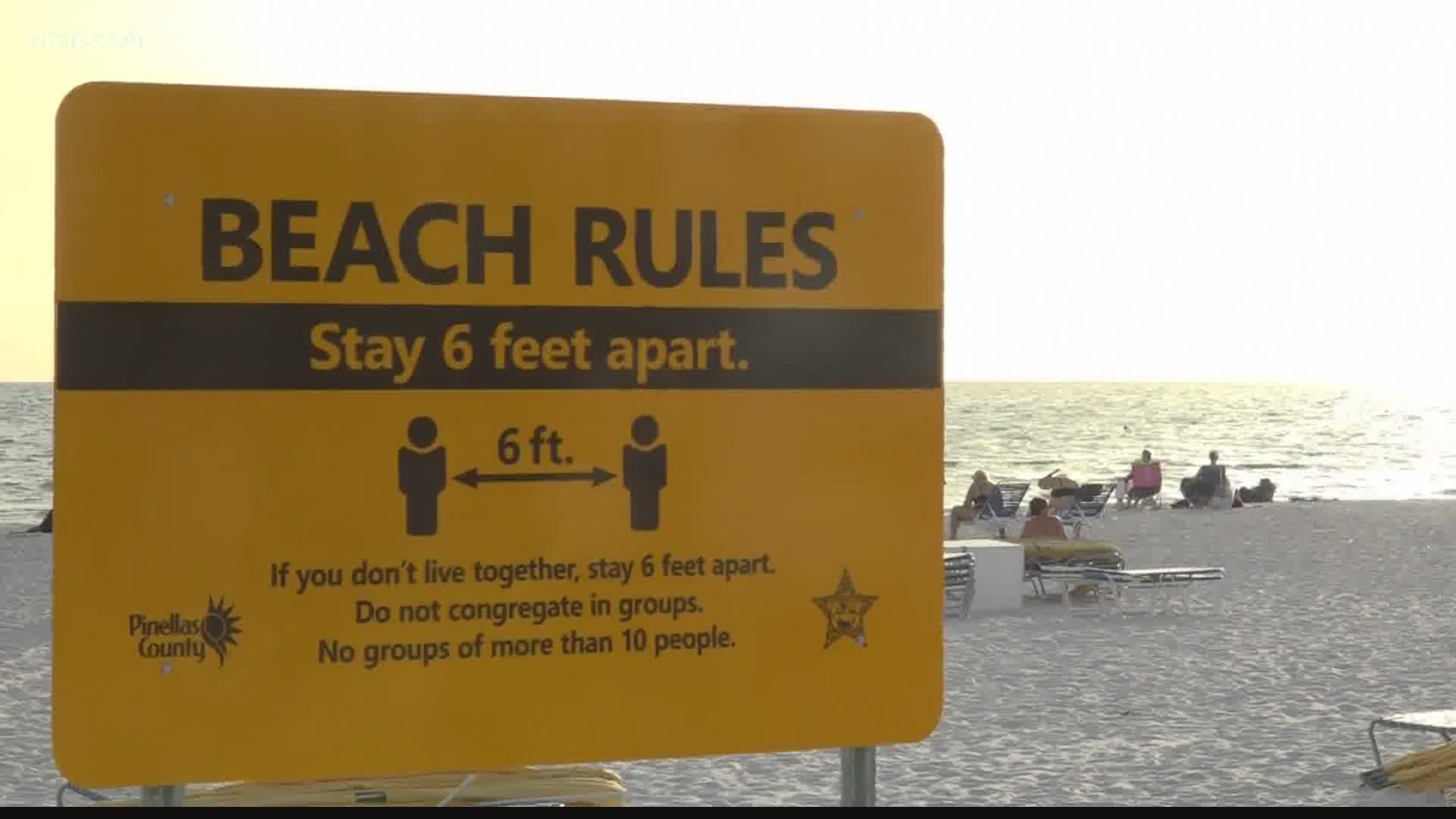 ST. PETE BEACH, Fla. — Beaches in South Florida will be closed this Fourth of July weekend, but that won't be the case in Pinellas County. While this has turned into a political debate, doctors say we must listen to the science if we don't want another spike.

“If the beaches…look anything like the beaches in England last week, where people were shoulder-to-shoulder, and people were not wearing masks, then the likelihood of spreading this disease is increased,” said Dr. Jay Wolfson of the University of South Florida.

Additionally, the Pinellas County Sheriff’s Office said there will not be additional patrols because of COVID-19, so the onus is on beachgoers to protect themselves and others, as well.

RELATED: Pinellas County beaches will be open for July 4

"The police are not going to have the resources to enforce social distancing everywhere. People just have to realize this is a very real thing...” said Wolfson. “Because if this thing takes off again, businesses are going to close...people are going to lose their jobs, and people are going to die. The governor is right.

"He can't make people do things, but if they're too stubborn and they're too blind to protect their children and families...we all get it. So just be socially responsible."

St. Petersburg Mayor Rick Kriseman on Monday said on CNN he would like to see a statewide policy on beach closures in an effort to curb coronavirus cases over the Fourth of July weekend. Some parts of South Florida have already adopted such policies.

“This should be a statewide policy. The fact that it's not makes no sense. If we're going to get a handle on this, we have to be acting collectively, not just piecemeal,” Kriseman said.

While there are no beaches in the city of St. Petersburg proper, Kriseman said he planned to talk to the Pinellas County administrator about policies the county is considering.

Al Johnson, mayor of St. Pete Beach told 10 Tampa Bay he would like to see the beaches in his city stay open and believes that the outdoors are generally safe as long as people abide by social distancing guidelines.

Johnson said his city will be discussing its own beach policies Tuesday.

RELATED: More Florida beaches are closing ahead of July 4 weekend

RELATED: Coronavirus cases continue to surge in Florida, but where are the recoveries?