The Centers for Disease Control and Prevention will consult an expert panel later this week before finalizing official recommendations for Moderna or J&J boosters. 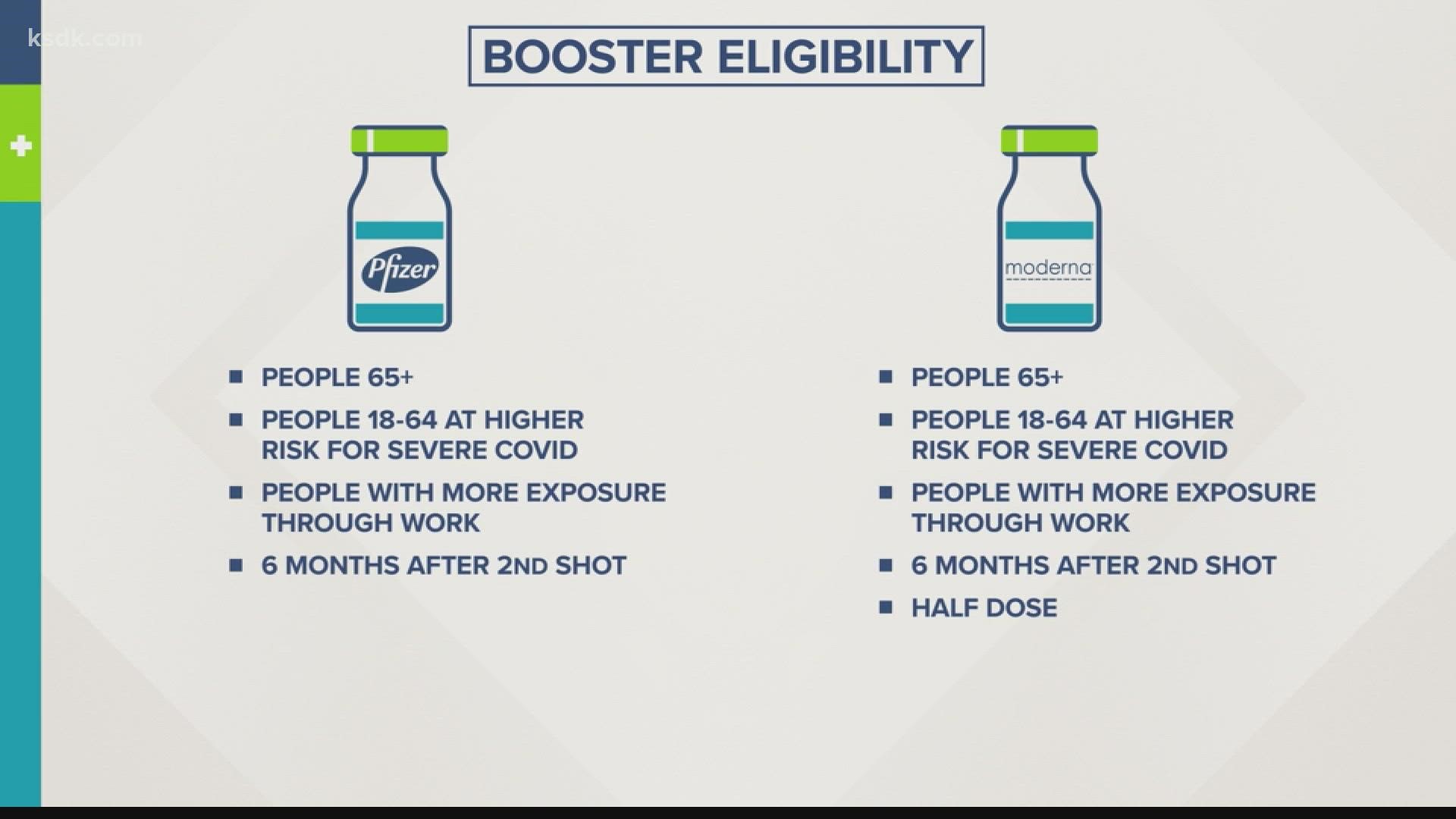 WASHINGTON — U.S. regulators on Wednesday signed off on extending COVID-19 boosters to Americans who got the Moderna or Johnson & Johnson vaccine and said anyone eligible for an extra dose can get a brand different from the one they received initially.

The Food and Drug Administration’s decisions mark a big step toward expanding the U.S. booster campaign, which began with extra doses of the Pfizer vaccine last month. But before more people roll up their sleeves, the Centers for Disease Control and Prevention will consult an expert panel later this week before finalizing official recommendations for who should get boosters and when.

The latest moves would expand by tens of millions the number of Americans eligible for boosters and formally allow “mixing and matching” of shots — making it simpler to get another dose, especially for people who had a side effect from one brand but still want the proven protection of vaccination.

Specifically, the FDA authorized a third Moderna shot for seniors and others at high risk from COVID-19 because of their health problems, jobs or living conditions — six months after their last shot. One big change: Moderna’s booster will be half the dose that’s used for the first two shots, based on company data showing that was plenty to rev up immunity again.

For J&J’s single-shot vaccine, the FDA said all U.S. recipients should get a second dose at least two months following their initial vaccination.

The FDA rulings differ because the vaccines are made differently, with different dosing schedules — and the J&J vaccine has consistently shown a lower level of effectiveness than either of the two-shot Moderna and Pfizer vaccines.