If not, the governor said, there are several reasons why they are hung up in the process. And some might be of their own doing. 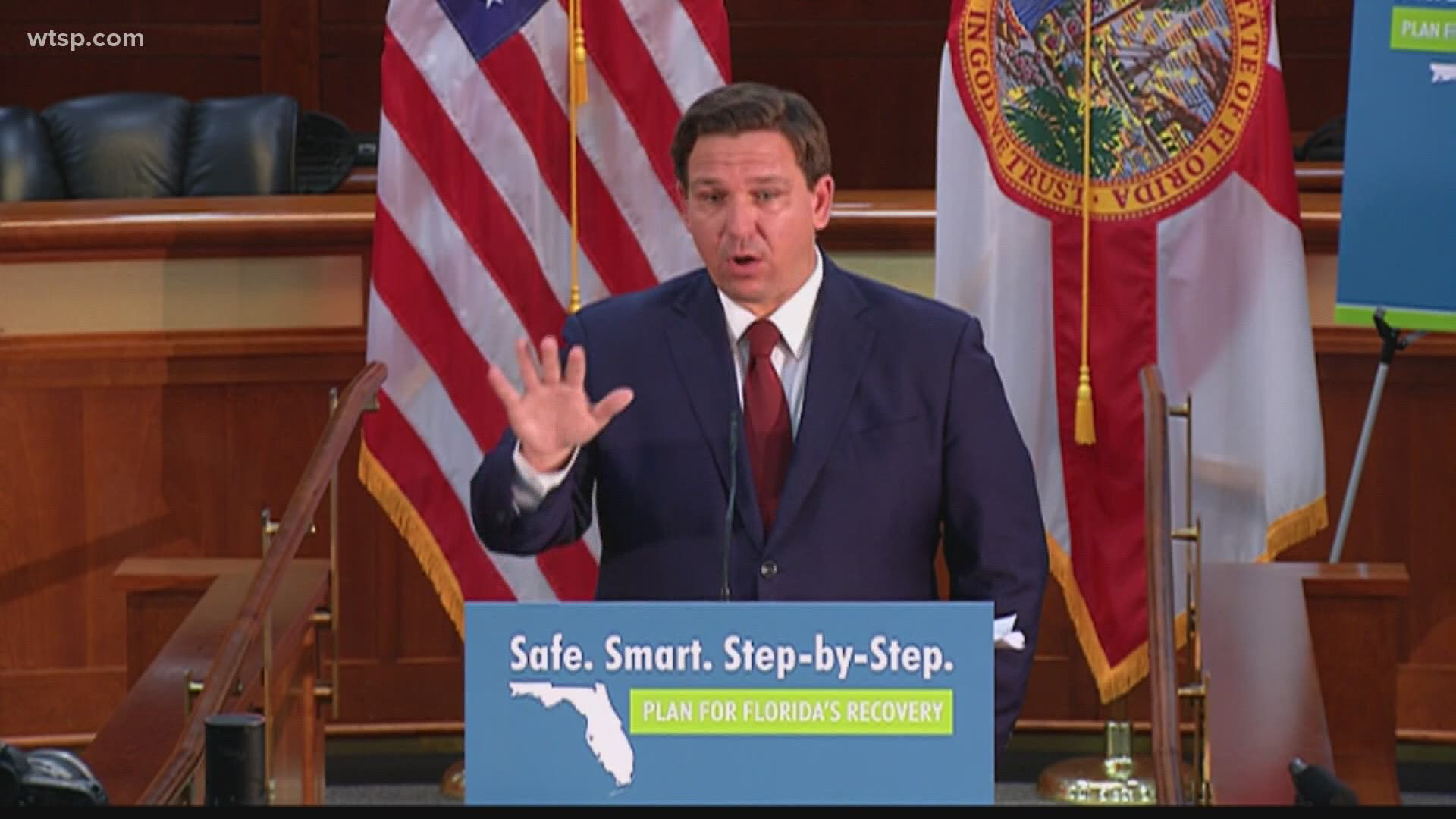 It's good news for most, even more so frustrating for others who haven't seen a dollar when they filed back in March. And if a phone call could clear everything up, well, the lines remain busy to this day.

But DeSantis' man in charge to lead the state's unemployment system, Jonathan Satter, let everyone in on a secret: There's a sweet spot, timing-wise, to call about a claim.

It's late afternoon, Satter said, but be prepared to sit on the phone for an hour and a half. That's about the average wait time -- one hour and 39 minutes -- to get through to DEO.

The agency on Monday had a million phone calls, and 15 million were received since March 15. Most calls keep ringing.

"We haven't gotten to most of them," Satter said during a news conference Tuesday. "It's upsetting to me as it is upsetting to callers."

Upsetting, if not downright infuriating, for Ron Collins of Largo. He started calling first thing Tuesday morning. The unemployment website directed him to call.

Once on the phone, the recorded voice on the other end told him to look on the website. And then, click.

"By 9 a.m. I had 20 hang-ups," Collins said, going on to spend a good chunk of the rest of his morning being disconnected more than 50 times.

He says he simply wants to ask someone why his application was marked "ineligible."

"It's just been terrible," he said. "I could call another 50 times tomorrow and probably not get anyone."

Still, DeSantis praised the state's "big-time effort" in recent months to pay out more than $2.65 billion to Floridians affected by the COVID-19 pandemic. That's more money going out to people in the past 10 weeks than the agency has distributed in the past five years combined, the governor said.

Credit: State of Florida
A slide showing the total number of claims received by the Florida Department of Economic Opportunity between March 15 and May 19 for the past several years.

Of the close to 1 million eligible claims, 97.6 percent of them are paid, said DeSantis, showing one of several slides during the news conference. For the people behind the 2.4 percent of claims, there's no clear-cut answer as to when their situation will be resolved.

Cari Hustedde has been furloughed from her bartending job in Tampa since mid-March. She took exception to DeSantis' claims last week that those who haven't received benefits might have messed something up on their claim application despite a buggy application system.

"Do you have the names?" a frustrated DeSantis asked a reporter during a Friday briefing. "Because I want them."

Hustedde was certain her application was filled out correctly.

"I had like two, three, four people look at my stuff and I'm going, 'Do you see anything wrong,'" she said. "Meanwhile our bills aren't stopping."

After nine weeks of waiting, Hustedde said a lone $600 payment showed up unannounced in her bank account Monday. Now she wonders how much longer she'll have to wait for the rest.

"So obviously there wasn't anything wrong with my application," Hustedde said. "My question is why did it take nine weeks to become eligible and then I just receive a partial payment—I don't even know, is that federal is that state?"

Hustedde, once a fan of the governor now says she feels let down.

"For him to be so defensive all the time, and to have these answers that are not true, it's sad to me," she said. "I just want some type of accountability, for them to say, 'look we dropped the ball, I dropped the ball, let's get this fixed and move forward.'"

In recent days, news organizations across Florida sent the governor lists of Florida residents desperate to see some money hit their account, even from people who filed months ago. DeSantis said several were looked into, adding "there's a whole bunch of reasons" why people were denied: getting wages from another state, not filling out the appropriate fields on the application, voluntarily leaving a job and the like.

The governor again put the focus back on those earlier filers and how the applications were filled out, saying people are paid in the order the claim is received should there be no issues.

"When you're dealing with over a million individual payments or close to that ... you can never say there's not going to be one thing because this is an imperfect system," DeSantis said." ... If there's somebody from March whose gone through, submitted it all, done, there going to have gotten paid by now.

"If you haven't, then there is some issue that is holding it up. Sometimes, these are issues where the person did have some problems with the application but can be rectified and should be rectified.

RELATED: Rent overdue? What to do when eviction ban is lifted June 2

RELATED: Economist: Pent-up demand will boost gym and restaurant revenue but it will be short lived