But supporters say it doesn’t bar claims, it just raises the threshold. 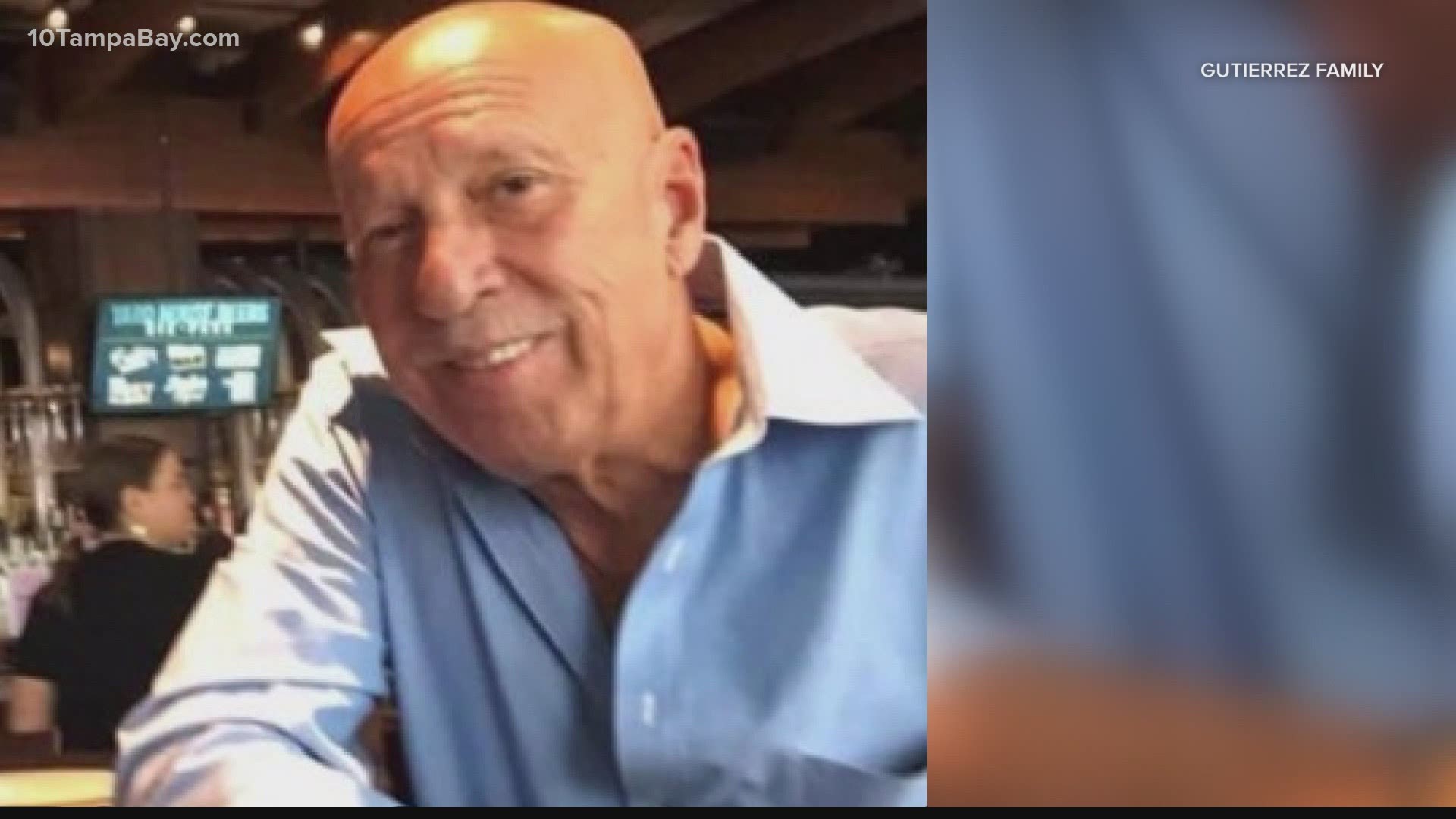 ST. PETERSBURG, Fla. — Gerry Gutierrez, a former Publix deli employee, claimed he was told he couldn’t wear a mask while working back when the pandemic began.

In March of last year, the 70-year-old said he worked for several days in the Miami Beach store alongside an employee showing symptoms of COVID-19 who later tested positive.

Gutierrez also eventually tested positive and one month later, he died alone in a hospital bed.

That’s according to Stewart Tilghman Fox Bianchi & Cain, the south Florida law firm now representing Gutierrez’s family who is suing the grocery chain, arguing Publix is responsible for his death.

Michael Levine, the attorney on the case, declined to comment citing a recent motion filed by the company in court barring him and the family from talking publicly about the case.

RELATED: Gov. DeSantis signs bill into law to protect businesses from being sued over COVID-19

Steve Cain, another attorney with the law firm, said a bill signed into law on Monday by Gov. Ron DeSantis protecting Florida businesses from COVID-related lawsuits does nothing to protect employees.

Cain lobbied against the bill on behalf of the Florida Justice Association.

"I think it certainly puts workers like Mr. Gutierrez at risk,” he said. "Because there's really no way to hold businesses accountable when they don't do the right thing."

Sen. Jeff Brandes, R-St. Petersburg, one of the sponsors of the bill, says the new law is critical for businesses as the state continues to reopen and that it doesn’t bar claims.

“You have to prove gross negligence and you have to prove that with clear and convincing evidence,” Brandes said. “We have to have some certainty going forward so that businesses can reopen. Without this, we would see a rash of sue and settle lawsuits that would’ve left us exposed for years.”

He argues it’s a necessary shield against a “tidal wave” of potential suits.

"There is not a flood of litigation that businesses have faced in Florida,” countered Rep. Anna Eskamani, D-Orlando. “When I asked the bill sponsor how many lawsuits there were when it came to just generic businesses, there were less than seven.”

Eskmani says the threshold in Florida is already very high and that litigation is usually the only option for families because worker’s comp is often denied or unavailable to family members of a worker.

“Using the pandemic as a reason to clamp down on potential lawsuits is essentially what happened,” she said. “There has to be a balance where workers and businesses can all thrive together, but this bill did not meet that mark.”

Protections in this bill also extend to healthcare workers and nursing homes.

Cain said lawsuits filed before the bill was signed are grandfathered in.

Publix has previously argued Gutierrez's case should be handled in worker’s compensation court. But Florida's worker's comp law says only children younger than 18 or spouses can be benefactors in a case that involves a work-related accident that resulted in death. Guiterrez's children are adults.