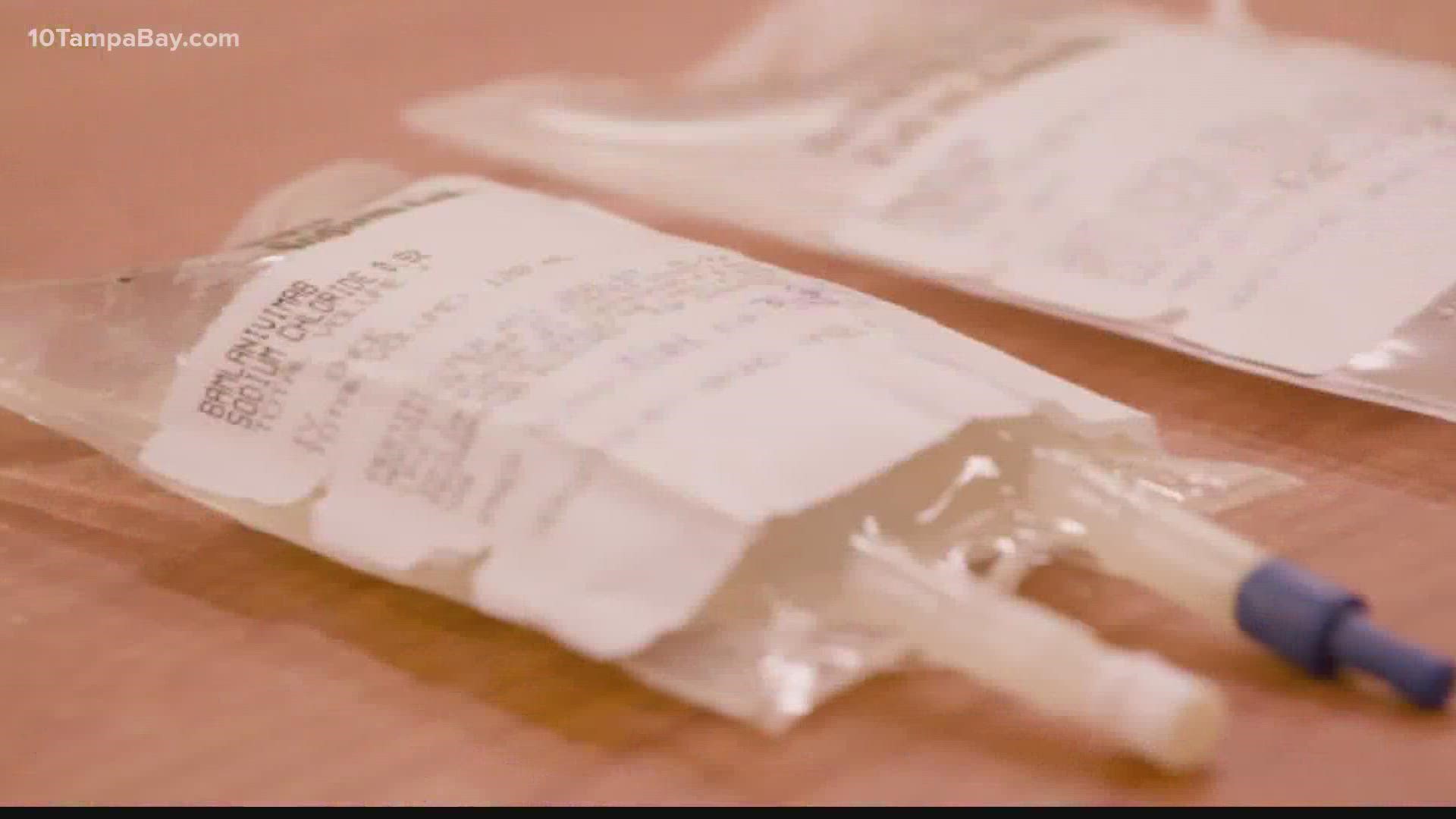 Speaking Thursday in Tampa, Gov. Ron DeSantis announced the state bought 3,000 doses to make up for the reduced shipment of Regeneron from the federal government.

The governor says the state will go from shipments of 40,000 doses a month down to nearly 18,000. The next shipment is set to come in next week

But extra treatments from Sotrovimab could help. It's unclear where the doses will go, but he's hoping it will help avoid shortages at transfusion sites and hospitals.

"I have heard of it. They're coming to market later. Again, it's two antibodies and it's my understanding it's given by iv infusion," Dr. Tom Sinnott, the Chairman of Internal Medicine at USF Health said.

Sinnott is also an epidemiologist a Tampa General Hospital where they continue saving COVID-19 patients' lives. They're using both Regeneron and Bamlanivimab treatments right now.

"Currently there are about 110 patients in the hospital and we've been giving anywhere from 30 all the way to 80 infusions a day of Regeneron," Sinnott said.

While they worry about shortages, the hospital hasn't seen any yet. Sinnott says they have a backup plan just in case.

"We are always looking out for the possibility of shortages, so we have a backup plan. If we don't get Regeneron obviously we'll use that Bamlanivimab. If that doesn't work for us, we'll use the new product if we can't get it," Sinnott said.